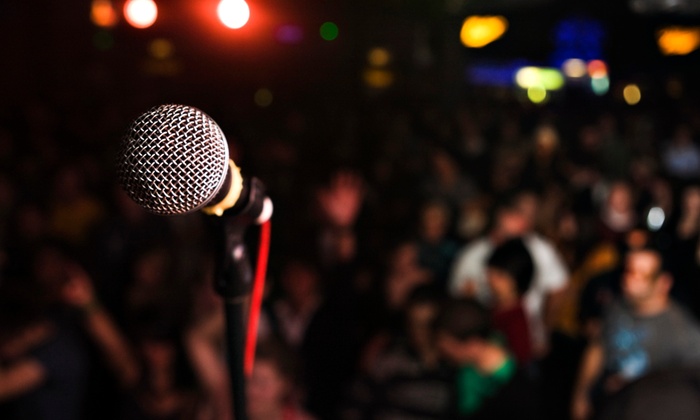 Comedy is a new, fresh platform for the modern philosopher to stand on. Stand-up comedy is a form of social commentary. It is the perfect way to reach a wide array of people and to explain serious topics to them in a hilarious and entertaining way. Just look at “The Daily Show”—why do you think that’s such a hit?

When Jon Stewart left the show, big names were thrown around as possible replacement only for a lesser popular Trevor Noah from South Africa to take over the show. Coming from Africa and used to an African audience, many were hesitant of he could crack up the American /international audience but he took the show over and never did he impede the producers. Today, according to Comedy Central, the show not only drew the biggest crowd among total viewers and in the demo since Noah succeeded Jon Stewart, but it also overtook all other daily late-night shows to earn the title as the top-rated show among millennials, adults 18-24, in the category.

Content is key in any production, in comedy as well, diversity of content is what determines whether the audience is going to keep glued to your show or flips to the next. I mean there is a million comic content on the internet and cable TV that it will take powerful witchcraft to keep me watching a horribly presented show.

Kenya is a blessed land with so much to offer from tourism, agriculture, sports but there’s a bit of a challenge when it comes to entrainment more particularly comedy. For decades, we’ve been served with the same diet of tribal, voice mimics same old Vasco Da Gamma jokes that I think we’ve caught numb head and dead stomach. We have so-called comedians who’ve refused to get out of the pot and think beyond their noses. I mean jokes are restricted to narrow subject of the tribe and imitating voices and that’s the widest most can stretch, damn these people need yoga classes but in comedy. 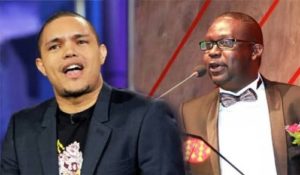 Now don’t get it wrong, I just Googled the words, the message here is, with a bit of research, you can brainwash people into thinking you’re smart, why can’t out comedians research and trick is to believing they’re witty? You see they don’t even have to go far but simply look around to what’s going on around and make a comic relief out of complex social issues.

Art is a powerful tool that if used right can shape the community in unwritten ways. The case at hand, stand-up comedy gives a platform that shouldn’t just end at cracking people laugh but leaving them with something to think about. In a world with so many injustices take Kenya for example, a comedian worth his salt would use such a platform to align themselves with justice. But we have sissy celebrities who would rather remain silent when their fans are being trivialized just so they don’t miss out on government gigs, a bag of douches.

One of my favorite comedy shows happens to be ‘Last Week Tonight’. Comedian John Oliver satirically covers the week in news, politics and current events in this Emmy-winning variety series. Oliver knows his art and I just like how he talks about everything from healthcare to calking out Trump to nuclear talk I mean, which sane person cant appreciate such a well thought out the show, talking on basic, typical issues on the society? Jimmy Kimmel Live has lately been interesting too after his kid was diagnosed with cancer, Jimmy turned the show advocating for better health policies for all.

Back home in Kenya, one of the biggest comedy shows also happens to be one of our many national problems, needless to talk about stagnant tribal jokes, the show does less to comically address issues around us, in fact, to be fair, it is a crap show that I stopped watching since I have better things to do like holding wind and counting sugar grains. See unlike American examples I’ve given, Churchill has a great platform that if he were right thinking, would’ve high ratings and great impact but nope, apart from exploiting comedians in the name of exposure paying them not just peanuts but the peel offs, the show has been subtly used to sanitize social menaces.

Growth is important, we can’t be stuck at telling jokes that Mzee Ojwang told 20 years ago and wouldn’t say in his grave, these new boys in the comedy are too stale I’ll slap my ears if they ever try giving audience. You wonder why it is easier for a camel to walk through a syringe than a Kenyan comedian to break through the borders? And if any do then they’ll they’ll perform skits at house parties abroad. The simple reason is diversity, they lack that, they’re restricted to the same set of jokes that’s only relevant to the malnourished Kenyan audience. 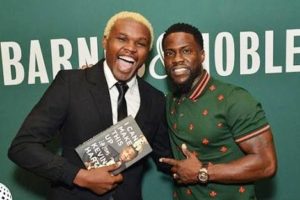 Chipukeezy’s career peak was a photo session of Hart’s with fans during the promo of his book. Chip came home and lied that he was working with Hart infact said he’ll bring him to Kenya like the picture says, hahaha!

Chipukeezy, I’m told he’s a comedian had to fake a while story how he used his YouTube videos as uber payment an access to Kevin Hart’s show, I watched that video and was like wow he’s so talented in being super dumb, you try that YouTube shit in real life you’ll catch your phone in space. He took a photo with Kevin Hart thanks to the Kenyan lady who begged Hart for it and he termed it his best career moment, a selfie was his best moment. Now you see why we have dafts running the show. I once watched Churchill co-host some show in S.A. I think MTV awards and his jokes couldn’t make pre-recorded audiences in comedy shows laugh. Super dry.

Related Content:  Vicmass Luodollar The Brand, Lessons To Failed Kenyan Rappers As He Pumps In New Energy Into The Industry

In a nutshell, Kenyan Comedians and entertainers need to learn the power of art and how they can use the tool in impacting the society, if you don’t recognize this and only in it for money then I should hire you for a NASA demo then call the police to finish this mess. We need to see diversity in content, jump away from tribal jokes actually it is profiling and I hope one day, fake cop Ezekiel Mutua and Ole Kaparo wakes up on the wrong side of the bed, ban such jokes, I bet many would be sent to indefinite retirement. Look at new comedians like Andrew Kibe, annoying to feminists but that guy cracks up yes I I said it. He’s good, natural and his jokes are not your usual so Andrew go on.

I know you celebrities are used to being massaged and worshipped such that you don’t take criticism well, I’d love it if instead of rubbishing off my points, you collect the stones and build a mansion. Diversify your jokes, use that platform to advance positivity. Don’t be the comedian to n remembered for just telling tribal jokes but also one who used the platform to address social issues. To be fair,  I’ll give the devil its dues that we have some pretty good comedians in Kenya I just think they’re stuck somewhere in the traffic so lets hope they make it in time for the show.