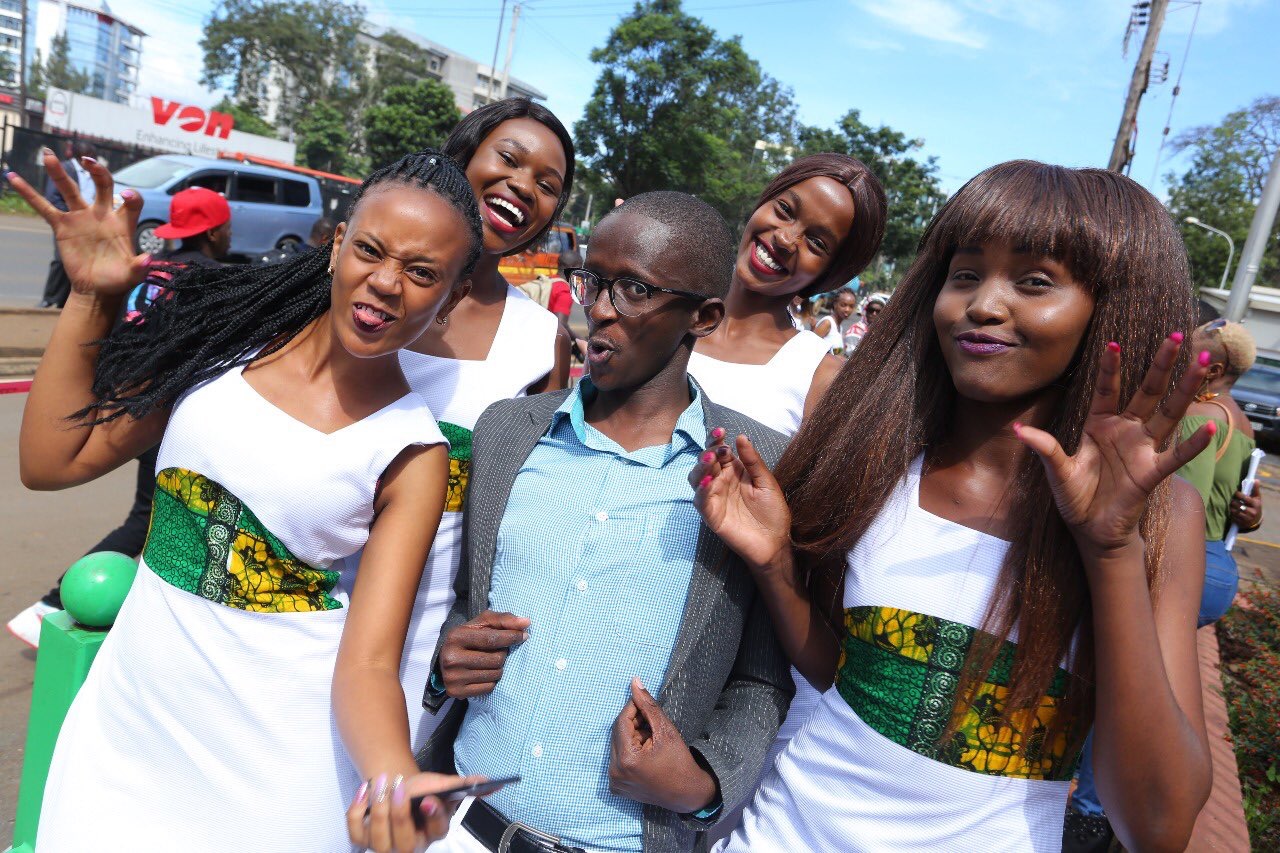 Comedian Njugush in the middle at a function.

Njugush is currently one of the hottest selling comedians in Kenya with several brands including communication giant Safaricom working with him. Arguably one of Kenya’s top funny men, the comedian who started off as an actor in local comedy show ‘The Real Househelps of Kawangware’ and gained great influence online is the man to go to on this town.

All is not merry as Njugush seem to have taken a joke too far. For a comedian who hasn’t been shy from addressing typical issues, his skits have been going on a day of subjects including politics and governance. He’s been limitless in coverage as compared to other comedians who restrict their content.

Njugush is however in trouble reason being he touched on a sensitive subject that has left many angry and disappointed. The comedian posted a skit that seemed to glorify the rampant rape culture. While it would pass as a normal funny clip, the video irked many keen eyes who were disturbed by the normalization of rape culture as the video portrayed.

Njugush in the video where he takes a girl out on a movie date then insisting on going home with her for sex. On resisting his demands and refusing to go home with him, Njugush insists and forces her into it.

This according to general views is seen as promoting rape culture as many women in this town have had to go under similar ordeals. Feminists are guns blazing but it’s nit just them, there’s a problem. As adults we must behave like ones, mutual agreement and consent is needed when it comes to sex.

Njugush ego attempted to justify the content as mere comic and for educational purposes, has since deleted the video following harsh reception it received. Some are now even questioning the stand of the brands he represents. The comedian has since issued an apology and its only time that will tell where this will go.

The last time a comedian was in a similar problem was when Eric Omondi took naked video with kids and it nearly killed his career but even though it didn’t, he lost several contracts. The lesson here being, before you start recording, think! Before you post, think!