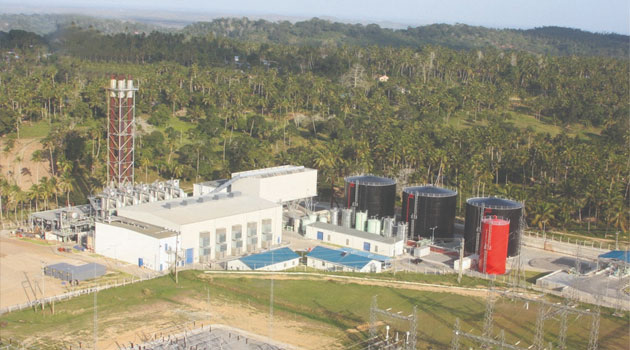 While appearing before the National Assembly Committee on Energy, Rabai Power Finance Manager Zablon Okwoku revealed that the company charges Sh8 per kilowatt as a variable charge excluding fuel and other related costs.

The meeting was convened by lawmakers who expressed concern over the amount charged by Rabai Power saying Kenya Electricity Generating Company (KenGen) which produces about 75 pe rcent of electricity consumed in the country, is much cheaper.

“Energy charge is 0.0063 Euros per kilowatts hour, excess starts are 394 Euros per start, and the fuel charge varies from time to time between Sh8-12 per kilowatt hour,” Okwoku said.

He was hard pressed by members of the committee led by Garissa Township MP Aden Duale to explain why the company received Sh2.6 billion capacity charge from Kenya Power in the 2019/2020 financial year.

“You are paid 2.6 billion shillings even in the previous years. Why were you paid that money? You are paid that money and what Kenya Power does is that it transfers that payment it has given you to the ordinary Kenyan’s bill. This is why electricity bills are very high in this country,” Duale stated.

His sentiments were echoed by Gem MP Elisha Odhiambo who termed the 20-year deal between Kenya Power and Rabai as “total theft.”

“Why would you keep fuel and wait to give back fuel when you are closing the plant? It looks like there is an insider business in this company. Capacity charge is hot air because they are paid for supplying nothing,” Odhiambo retorted.

In his defense, Okwoku said capacity charge is a fixed charge that is provided for in the PPA framework.

In the Power Purchase Agreement, Rabai Power is expected to supply electricity to the Kenya Power for 20 years ending in 2030 then give its thermal plant back to the country’s electricity distributor.

“It is just like a loan. If you take a loan, you must pay it back, in installments, principle plus interests. Then after 20 years, Kenya Power will repossesses the plant,” he said.

Duale however interjected arguing Rabai Management was taking the arrangement as a favour yet the government provided the land where the plant sits on and pays for fuel security storage.

Rabai is ranked as one of the most expensive suppliers of electricity to Kenya Power, a situation which has been linked to skyrocketing electricity bills in the country.

With the hiked fuel prices in the September-October review, electricity bills are set to soar signaling tough economic times in the country.

EPRA announced the pump prices for super petrol, diesel and kerosene would increase by Sh7.58, Sh7.94, and Sh12.97 per litre respectively in Nairobi.

After a long back and forth debate between the MPs and Okwoku, the committee resolved to request for Rabai’s financial audit and invite Kenya Power officials to explain why it committed to such an expensive agreement with a company whose shareholders are majorly foreigners.

Related Content:  Graphic: Video Of Man Electrocuted While Vandalizing KPLC Cables
Kenya Insights allows guest blogging, if you want to be published on Kenya’s most authoritative and accurate blog, have an expose, news TIPS, story angles, human interest stories, drop us an email on [email protected] or via Telegram
Related Topics:KPLCPower Purchase Agreement (PPA)Rabai Power
Up Next