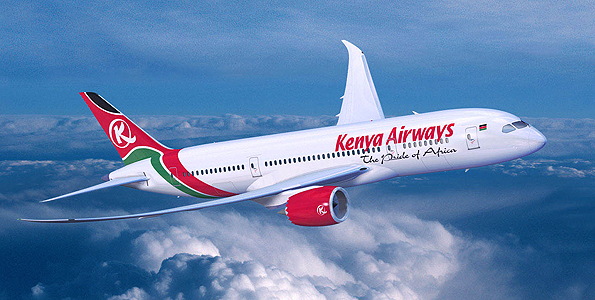 KQs Chairman, Michael Joseph said that 2018 was a very challenging year for the loss making airline.

In the last annual financial report, 2017, they posted the loss of Ksh 9.44 billion.

Sebastian has also said that KQ has super expensive personnel and their aircraft dealers are expensive.

The CEO and the Chief Executive said they’re looking at other avenues to minimise the loses.

“We have however seen growth in passenger numbers. Management team have done a great job under the circumstances and thanks to the board for massive support. KQ is not just an airline but a strategic asset for the country. We should be proud of what KQ has done for Kenya & support, we can help improve the country’s GDP and create employment opportunities despite our challenges. We need support from media, investors and government,” KQ’s Chairman Michael Joseph.

The recurring losses have raised questions about the current leadership of the airline. With some saying that the financial loses are tricks to help the airline chiefs to bargain for their full running of the JKIA operations.

Kenya airways seems to have never bought affordable fuel. They complain every time of cost of fuel. Where do they get it?

However, the New Symbolic route is still below the much expectations.

Kenya airways has been forced to reduce was the number of its flights to New York from once per day to only five trips per week.

Reports indicate that the route has only had 15,000 customers in a Year.

“I do not consider it to be a lucrative route. There is nothing lucrative about flying to New York,” KQs CEO, Sebastian Mikosz says.

Seems the new added routes have no much impact to KQs financial boost programs. They are adding more expenses to an already loss making company.

Last year, KQ had added Mauritius, Libreville and Mogadishu to its destinations.

They further included Rome and Geneva to its routes after signing the New York deal.

Despite all this, the carrier expects to add two Boeing 787 Dreamliner planes back to its fleet later this year. The planes had been leased to Oman Air.

Kenya Insights allows guest blogging, if you want to be published on Kenya’s most authoritative and accurate blog, have an expose, news TIPS, story angles, human interest stories, drop us an email on [email protected] or via Telegram
Related Topics:JKIAKQMicheal JosephSebastian
Up Next

Citron Report Reveals Why NYSE Listed Jumia Is A Fraud