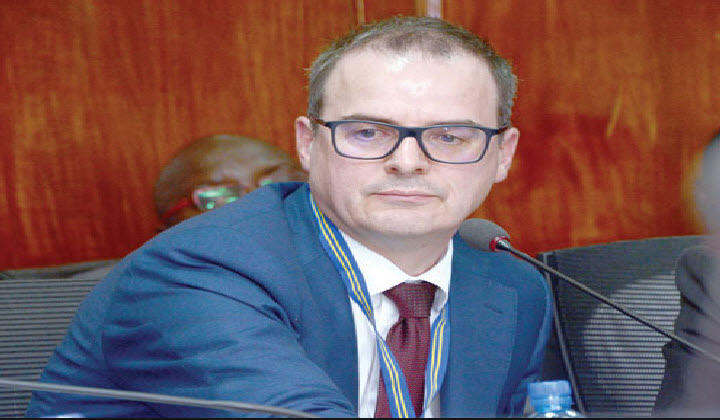 Jonny Anderson the Kenya Airports Authority (KAA) chief executive has announced that he will resign from his position at the parastatal on September 30 that is two months before the expiry of his term which was supposed to end in November this year.

Mr. Anderson told KAA workers in a memo seen by Kenya insights on Friday that he would quit his position in the next one month, because of personal reasons.

“I would like to take this opportunity to inform you that I have taken the decision not to pursue the decision of renewing my contract with KAA. This is after deep reflection and consolation with my family. I will be proceeding on leave on September 30, with my tenure ending on November 21, 2019. I will take fond memories of the authority, colleagues, and the incredible journey with me in my heart,” Mr. Anderson said.

KAA chairman Isaack Awuondo confirmed the exit in a separate memo to staff. He credited Anderson for strengthening airports operations for the period he has been at the helm of the organization.

“Over the three years that Jonny has been at the helm of the authority he has strengthened airport operations and overseen a period of growth in passenger numbers and the number of airlines flying to Kenya,” said Mr Awuondo.

Anderson joined the authority in July 2016 from Avinor AS in Norway where he was the national airports’ director. He replaced acting managing director Yatich Kangugo. Jonny Anderson’s appointment brought to an end a protracted recruitment process that was characterized by claims of political interference.

He has had a rough path for the period he has been with the authority, for instance, last July, MPS gave him the last chance to provide documents justifying the cancellation of the Sh64.5 billion Greenfield terminal project at Jomo Kenyatta International Airport.

National Assembly’s Public Investments Committee (PIC) warned the KAA management lead by Mr. Anderson that it would declare them hostile witnesses if all documents surrounding the procurement of a Chinese contractor were not tabled in Parliament on time.

PIC chairman Abdulswamad Nassir said Parliament would have no other option than to direct investigative agencies, including the Directorate of Criminal Investigations, to seize the documents from KAA.

Kenya Insights allows guest blogging, if you want to be published on Kenya’s most authoritative and accurate blog, have an expose, news TIPS, story angles, human interest stories, drop us an email on [email protected] or via Telegram
Related Topics:Jonny AndersonKAA
Up Next

Sh1,000 Old Notes Will Be Shredded And Burned Into Ashes In Kariobangi