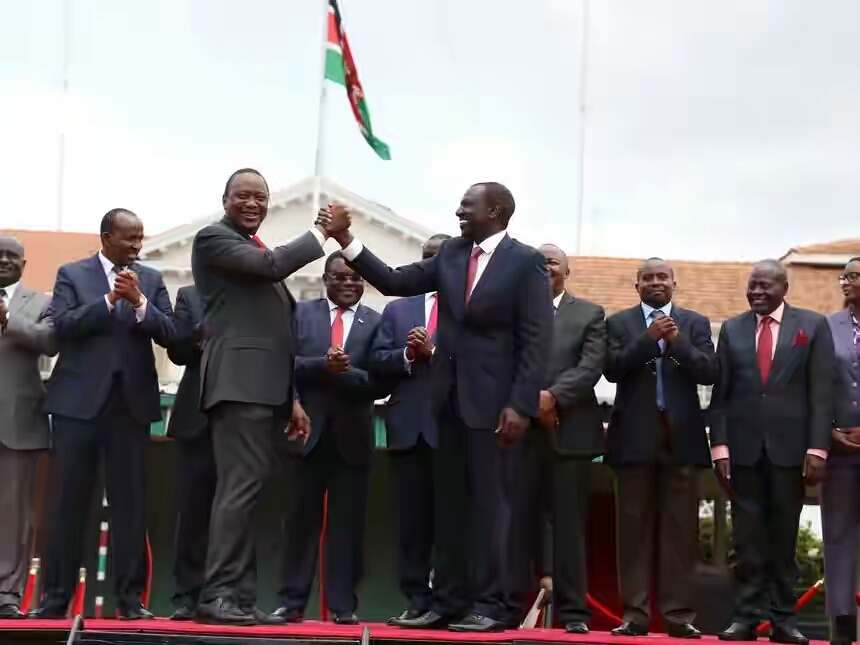 By Nicholas Olambo
As the distance to next year’s polls get shorter political realignments characterize every move as a preparation to emerge victorious. If the current showbiz is anything to go by then jubilee beats cord hands down. Cord is a jaundiced version of what Jubilee is now.

The electorate is being blinded by the flashy style of the ruling coalition but is the move really to unite the country? If you ask me, I will tell you no. The political outfits in this country are tribal just like the voting patterns.

If ODM for instance is still regarded as a Luo party despite having numerous elected leaders across the country from, Nyanza, Nairobi, North Eastern, Rift Valley and Coast. The mega merger of jubilee coalition’s affiliate parties is nothing different from what it was before; the idea is still based on the ‘tyranny of the numbers’ myth. In fact nothing has changed, and despite the showbiz, status quo will still remain in voting patterns.

From 2002 parties that win elections in this country don’t reach the next elections before camouflaging into a different thing. Kibaki came into power with NARC ticket but later changed into PNU to defend his seat in 2007 then threw PNU away after ‘winning’the disputed polls. PNU was formed to neutralize NARC which was a coalition of many parties and definitely had many demands, all of which President Kibaki could not meet.

The likes of Noah Wekesa kept disturbing Kibaki to have their pre-poll promises met but when the party was changed promises were forgotten with the old party.

The same is the case here; President Uhuru Kenyatta and his Deputy William Ruto cannot meet all demands by different affiliate parties that made Jubilee coalition. This move therefore is to neutralize coalition partners and their demands. The baggage cannot be carried into the next term or as he leads. It’s a Macheavillian tactic: you must destroy those who helped you get the power. ‘Men should either be generously treated or destroyed, because they revenge for slight injuries – for heavy ones they cannot’.

Neutralization is the best and silent way of destroying the affiliate parties that helped Kenyatta ascend to power in 2013. Power is not about groups or movements if you ask me, power is about individuals. Kibaki tried it by reducing Raila Odinga to a mere roads minister in 2003 but failed, Odinga became his fierce rival in 2007 polls. The affiliate partners of jubilee also know how they rank in terms of party strength from top to the bottom.

It’s all rosy, hype and showbiz at the moment but things will unravel in the aftermath of 2017 polls. Severe injuries will be realized, Uhuru may choose to support Ruto or not and party will not be of significance after winning re-election. Kibaki had no use of PNU after his controversial re-election. History repeats itself and its right before the eyes of the electorate.

Kenya Insights allows guest blogging, if you want to be published on Kenya’s most authoritative and accurate blog, have an expose, news TIPS, story angles, human interest stories, drop us an email on tips.kenyainsights@gmail.com or via Telegram
Related Content:  Now That The Jubilee Party Merger Celebrations Are Over, Reality Checks In
Related Topics:JubileePoliticsUhuru KenyattaWilliam Ruto
Up Next

Now That The Jubilee Party Merger Celebrations Are Over, Reality Checks In