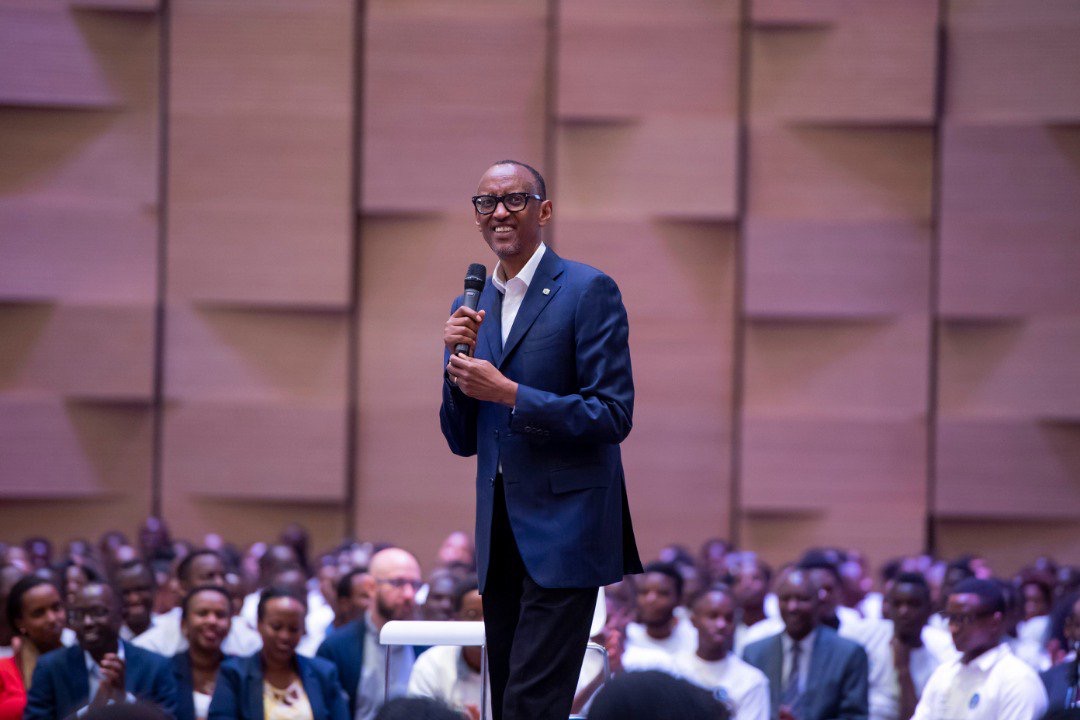 President Paul Kagame giving an address to youths at a recent event.

Last week we shared an article concerning “The Agony of 3 Kenyans Jailed illegally in Rwanda,” In the wake of that article, there has been a development of new facts and evidence uncovered. This new information reveals there is more to the arrest of these 3 Kenyans than the Rwandan authorities would allow the people to know.

It is probably why the Rwandan “controlled media” took to our local media to publish disparaging articles and supposedly hired bloggers to discredit Coach CK with unsubstantiated gossip and baseless “con artist”accusation. All which now appears to have been a smokescreen to conceal or distract, from the real story of what is really taking place.

It is imperative that we establish to all our audience reading this article, that what we are addressing here is not only about these three Kenyans namely Charles Kinuthia aka Coach Ck, Vivian Khisa Mukwan, and Rachel Matipei, it is about a systemicissue of a broken justice system that seems to be discriminative to outsiders and that targets fellow Africans. Does Rwanda not welcome its neighbors?

​If Coach CK with the help of local Rwandan businesses and organizers could plan an event of such magnitude, that drew over 6,000 attendees, he must have had help from the locals. So when the entire team was arrested; all the Rwandese were released with impunity, but the three Kenyans remain jailed for fraud and suffer mistreatment at the hands of Rwandan authorities.

Where is the justice in this? If the accused, did in fact mastermind what the Rwandan courts call a “fraudulent scheme,” why stop the long arm of the law at the Kenyans only? Where is everyone else who planned the meeting from the hotel management, security company, local hired staff, and vendors everyone that would be an accomplice? Would they not face these similar charges?

The accused would not simply come into a foreign country and in 48hrs prior to the event orchestrate such a huge undertaking alone? Coach CK & his team seem to have been targeted and entrapped.

​A recent news article from Rwandan media responding to our most recent post claimed that Rwanda is “unique” it’s not like other country and has a legal process and that the accused should wait for their date in court and “respect the court process and avoid misleading publicity”.

The question Kenyans have is, how can you expect due process when the system is broken and not independent and incapable to mete justice? The Kenyan insights have obtained information that from the moment Coach Ck and 2 other Kenyan employees were taken in custody not only were they treated unfairly but not accorded the very due process.

The accused were held in custody for two days without a right to a lawyer or a phone call. According to the Constitution of the Republic of Rwanda, all persons are equal before the law. Yet, the 3 Kenyans who are accused together with other 11 Rwandans were denied bail while the Rwandans were released on bail. What argument can justify this? What kind of “equality” before the law is this?

These Kenyans were denied bail whose passports are held by prosecutors and, accordingly, would never leave Rwanda if they were granted bail.

​In accordance with the Rwandan Code of Criminal procedure, when a person is accused in what is known as a flagrant offense, the investigator must complete the case file and transmit it to the Prosecutor within 72 hours. The prosecutor then must also finalize his or her investigation and transmit the file to court within five days for a trial on the evidence. The court must, in turn, try the case within a period of 15 days from the time the prosecution lodged its lawsuit.

The information Kenyan Insights has uncovered is that the accused were arrested on June 25, 2019. The investigation took 7 days (instead of 3) to transmit the file to Prosecution. The prosecution submitted to the court for the main trial on August 1, 2019, more than 30 days (Instead of the said 5 days) from the date they received the file from investigators all along while the accused remained in custody without bail while being mistreated.

All this was a systemic delay orchestrated to prolong the detention of the Kenyans because the Prosecution knew that they had no case and as such wanted to inflict maximum damage or “teach them a lesson”. If the Rwandan court was “independent” then the 3 innocent Kenyans would have been acquitted without any doubt as the Prosecution has no proof of fraud.

​We have also uncovered several irregularities and unnecessary postponement of the hearings and interrogation a tactic that has marked this case since the first day. The first hearing on bail took place at Kicukiro Primary Court, on July 9, 2019.

The judgment was scheduled to be delivered on July 11, 2019, but it was postponed to July 15, 2019, and, without any legal or factual basis, the judge ordered that the accused be detained for 30 days to allow the Prosecutors to complete their said investigation.

When the accused appealed that decision, according to the law, the defense appeal should have been heard within 5 days, which meant no later than July 20, 2015.

Each time the accused who believed in the independence of the judiciary came to the different court whether it’s the primary court or the appellate court expecting a fair hearing they were gravely disappointed. These postponements and miscarriage of justice coupled with the subsequent bad ruling from the court further proves the injustice and is yet another ploy to psychologically frustrate and torture the Kenyans while still prolonging their period of detention.

As if the detention without reason of the Coach Ck and his two employees were not enough, credible information report that he was physically abused by the Wardens and other prisoners under the supervision of the Prison’s administration at Mageragere Prison.

​Rwanda has distinguished itself in the region and in Africa and has made the outside world believe that it’s on the forefront of development. Portraying a country that is a democratic state, a country that is open to free trade, commerce, and innovative development and prides itself to have a fair justice system.

Rwanda is part of local treaties that shows its openness to foster relationships and further economic advancement in the region which has lured investors and entrepreneur to consider doing business in Rwanda.

Unfortunately, slowly the hidden reality is being unmasked by isolated incidents such as the one we are highlighting and evidently the dualism Of Rwanda is gradually being exposed not everything that glitters is gold.

​We now appeal to the Kenyan Government to investigate this matter seriously as the government exists to protect the welfare of its citizens like the three Kenyans currently being held without due process. Kenya needs to intervene with her counterparts in Kigali and ensure a plan of action warrant that other Kenyan’s believed to be in similar conditions in Rwanda are heard.

Kenya Insights allows guest blogging, if you want to be published on Kenya’s most authoritative and accurate blog, have an expose, news, story angles, human interest stories, drop us an email on tips.kenyainsights@gmail.com or via Telegram
Related Content:  Part I: Humphrey Kariuki Ndegwa, Chairman Janus Continental Group CEO Dalbit Petroleum A Multimillionaire With A Controversial Profile
Related Topics:
Up Next