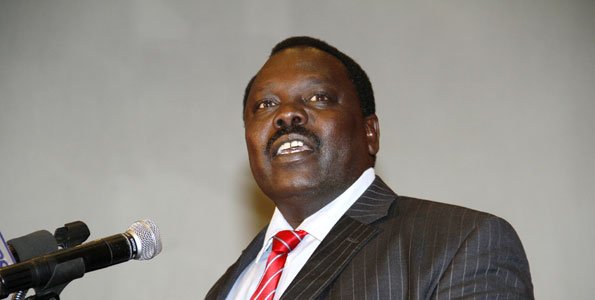 Betting firm MozzartBet is in the spotlight after a State agency questioned the source of more than Sh600 million the company had wired to a businessman’s bank accounts in a span of five months.

In court documents, the Assets Recovery Agency has flagged the transactions as suspicious, questioning the source of Sh640 million that the betting firm wired to Kimaco Connections between February and August.

This indicates that the agency believes the money was not generated from gambling activities under MozzartBet, which operates in a sector that has recently come under increased scrutiny from the State.

The ARA, which is seeking to seize and forfeit the cash to the State, has dismissed MozzartBet’s explanation that it paid the money to acquire from Kimaco Connections a software, which the latter subcontracted another firm — Open Skies Management Services, —to deliver.

Peter Kiilu, the owner of Kimaco Connections, allegedly wired Sh242 million to Open Skies Management Services, which is owned by Zimbabwean Emmanuel Charumbira and a shareholder of Mozzartbet.

The agency says that the unclear source and wiring of the cash to a web of accounts, including some owned by MozzartBet, point to a money laundering scheme.

The highest amount sent was Sh50 million in a single day while the lowest was Sh1.8 million. The ARA says that MozzartBet sent a total Sh256 million within five days to Kimaco Connections, flagging the funds as suspicious. The funds were later moved to an account at Co-operative Bank.

From the account, Mr Kiilu moved Sh150 million to a fixed deposit account and left a balance of Sh101 million.

The company had between February and June received Sh384 million from the betting firm, pushing receipts from Mozzartbet to Sh640 million over five months.

Some of the money was also wired to Pescom and Power Energy in transfers that were marked by intra-accounts trading. The agency says in court documents that the use of mobile money transfer services to transfer funds from MozzartBet and Kimaco Connections was adopted to circumvent or evade the reporting threshold and Central Bank of Kenya prudential guidelines requiring an account holder to declare the source of funds.

“Preliminary investigations have established that the respondents through its directors, representatives or agents were involved in a complex scheme of money laundering activities involving several entities and companies,” said Stephen Githinji, a prosecutor attached to ARA.

The agency alleges that the monies were later distributed to various companies associated with directors and shareholders of the betting firm.

It says that investigations showed that shareholders of MozzartBet Kenya Ltd are Loncar Koviljka, a Serbian, Zimbabwean Charumbira and Musa Sirma, a former MP.

Mr Charumbira is a director of both MozzartBet Africa and Open Skies Connections, the firm that was allegedly sub-contracted to supply the software.

The betting companies now join the growing list of non-financial institutions such as casinos, real estate agencies and consulting accounting firms that are required to report suspect transactions to the Betting Control and Licensing Board (BCLB).

However, the law does not require betting firms to report the suspect transactions to the Financial Reporting Centre (FRC)—which is mandated to track illicit cash.

Executives of betting firms reckon that criminals can feed their illicit money into their betting wallets, bet a small share of the cash before cashing out with vast majority of the cash.

Online sports betting companies had grown rapidly in recent years, riding a wave of enthusiasm for sports, before the government started a crackdown on their operations.

Licences of more than 15 betting firms were not renewed, especially due to fresh demands for taxes, triggering court fights with firms like SportPesa and Betin.