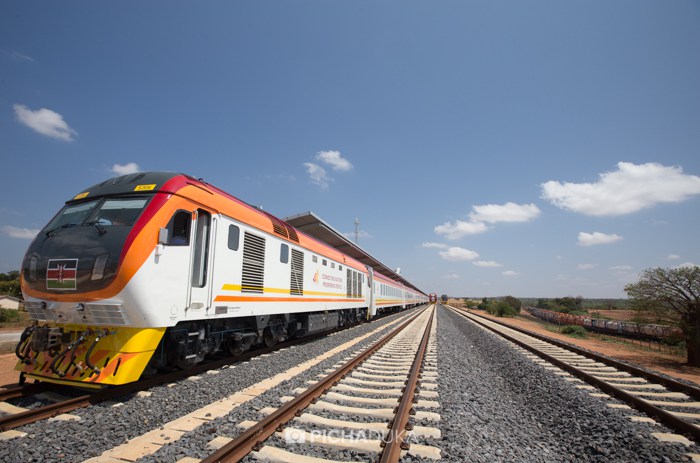 It is 44 pages of pure theft. Nonetheless, the rip-off in these pages were covered in the first article and as such, I’d like to move to another section and delve into the parts about the grass that costed Sh1 billion to show what the media left out.

I will come back to Section 1, Appendix A later on, albeit briefly.

As Kenyans are glued on combating Covid-19 pandemic which has killed exactly 50 Kenyans as per the time this article was published, many people are forgetting that neighboring countries constructed their equivalent of SGR at a lesser cost.

The over Sh400 billion that Kenya has borrowed and used in all the routes of the SGR (Mombasa – Nairobi – Naivasha etc) was enough to construct a dual lane electric train system.

Many people have forgotten that as the debate raged about a diesel vs electric trains, the ever PR-ready and greedy government went ahead and signed a $240 million (Sh24.4 billion) loan to electrify the SGR.

The move was a costly afterthought meant to rival Tanzania and Ethiopia’s SGR. 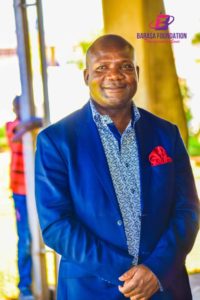 However, the blunder is that the money was channeled through an incompetent parastatal by the name Kenya Electricity Transmission Company Limited (Ketraco).

Fernandes Barasa-led parastatal had signed the contract with a Chinese-government owned multinational China Electric Power Equipment and Technology Company Limited (CET) two years ago and the works was supposed to begin.

Mr Barasa wrote an opinion piece on a local daily saying that the project was viable but then Managing Director of Kenya Railways Corporation (KRC) Mr Atanas Maina had contradicted him stating that ‘the govt does not have the resources to transform the railway from diesel to electric’.

Ketraco on its part had stated that they will use the money to build 14 substations between the cities of Mombasa and Nairobi on a transmission line with a transfer capacity of “1,500 megawatts (MW) which is 200MW shy of the current national demand of 1,700MW”.

In all these, no one could explain how Ethiopia had built its 750 Kilometre-long SGR line at a cost of $3.4 billion (Sh346 billion), whereas Kenya’s 472-kilometre-long line had gobbled Sh447 billion.

Though most people have forgotten that SGR is a white elephant whose construction coupled with other blunders and mismanagement by the Jubilee regime now threatens to cost us important installations such as the port of Mombasa, kenyainsights.com would like to keep the conversation alive.

The total cost of these is given as over Sh201 billion.

Generally, most of the Chinese employed to construct the SGR lived like kings, for example on provision of furnished houses for the employers (China Road and Bridge Corporation – CRBC) and senior staff, the taxpayer coughed up a whopping sh30 million.

KenyaInsights.com will now share a picture of the rest of the page for you to do your own calculations. 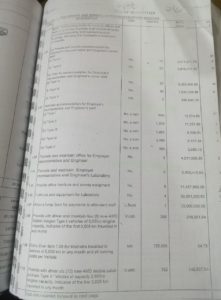 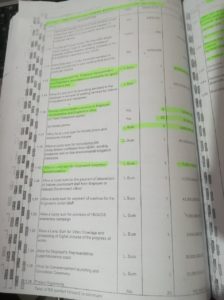 In the second page on the continuation of preliminary and general supervisory/support services, Sh30 million has been set aside for the senior engineer to be ‘spent on’ an unspecified item ‘in whole or part.

It is in this section that we get to see that indeed the engineer’s office was given Sh3.6 million for ‘mobile and telephone charges’. To make matters worse, a temporary accommodation for the engineer was allocated Sh7.6 million.

How much is a simple event like a launch of SGR should cost? Answer, in this section, the contract shows that the budget was Sh20 million.

In the Earthworks section, the famous cost of the billon shilling grass emerges; the exact amount is actually Sh1,090,704,240. 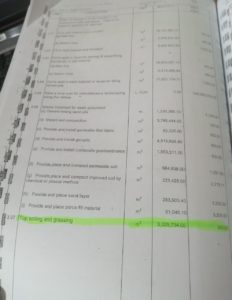 The above section coupled with Section 13: Appendix A reveals the shocking theft that happened while constructing SGR. The claims of inflated costs are no longer claims as the ealier article and this one has shown.

It is even imperative to remember that the African Union High Representative for Infrastructure Hon. Raila Odinga recently revealed in a TV interview that the coalition government under former President Mwai Kibaki and him had negotiated a lower cost that was revised upwards when UhuRuto came into power.

Related Content:  Ahmed Rashid, Kenya’s Most Feared Killer Cop Goes On Camera With BBC And To Many In Eastleigh He’s A Hero

“Before we left government with Mwai Kibaki, we awarded SGR tender to a company at USD2.5billion. But when jubilee came in in 2013, they canceled the tender and awarded it back to the same company but at USD4.5billion. Obvious inflation of figures”-Raila Odinga, said in an interview in January 2020.

Environmental impact assessment and other blunders

The Environmental and Social Impact Assessment (ESIA) for the SGR project was carried it by a Kenyan firm Africa Waste and Environment Management Centre (AWEMAC); the worst part in the report is that   only 217 people were interviewed as Key Informant for the public participation.

The study was rushed and appears to be a formality on the part government of Kenya and their Chinese cronies. The project that had its cost revised upwards would go on and nothing could stop it.

China Road and Bridge Corporation (CRBC), the contractor, in a bid to hide crucial information from the public made the Kenyan government sign confidentiality clauses in the controversial contract making it “sensitive and private”.

By the end of this year, Kenya is expected to have repaid at least Sh50 billion of the exorbitant Chinese loan.

The loan, whose interest is 3.6 percentage points above the six month average of London Inter-Bank Offered Rate (Libor) which serves as an international benchmark, is to be repaid in 15 years with a grace period of five years.

“The railway has been sold as a commercially viable project, that is, it would pay for itself…I maintained that the railway could not pay, and that the debt would be paid from the public purse. This has now come to pass”. David Ndii repeated this statement that he made in 2014 in 2018 in a hard-hitting article titled, “SGR by the numbers: Some Unpleasant Arithmetic”-  David Ndii, Managing Director for Africa Economics

The current one year Libor rate as of December 20, 2019 is two percent, a pointer that the loan comes with an interest rate of 5.6 percent.

This is expensive compared to other concessional loans, especially from the World Bank. Kenya recently agreed a Sh75 billion loan with the World Bank whose interest and other charges stand at two percent annually—matching the Libor rate.

Treasury data tabled in the National Assembly show that loan payments to Exim Bank of China will increase to Sh84.3 billion for the 2020/2021 and Sh111.4 billion in the 2021-22 financial years.

SGR accounts for the largest share of Exim Bank of China loans to Kenya including the Sh150 billion used to build the Nairobi-Naivasha line which has failed to attract business. 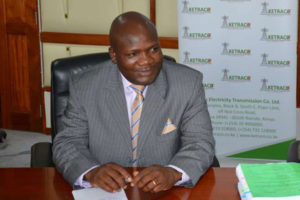 The government has been forcing truckers out of jobs in order to make arm-twist businessmen to use the SGR. The issues surrounding the Inland Container Depot (ICD) in Nairobi has escalated and recently the Ministry of Transport announced that all cargo going to Western Kenya and the region must be offloaded at the newly built Naivasha ICD.

However, it seems highly unlikely that SGR which runs at a cost of over Sh1 billion per month is going to break even, despite these maneuvers.

Even as SGR made losses this year, its costs of operations continue to rise.

SGR which is run by China Communications Construction Company (CCCC) raked in sh13.5 billion against Sh18 billion per year.

CCCC has also been accused of importing foreigners who are paid exorbitantly than Kenyans on an already strained train service.

At this point in time, over 50,000 truck drivers and turnboys, according to the ESIA report, are staring at job losses. Jubilee govt, even going by the way they’ve behaved up to now, seems to have had no agenda for the people.

Mombasa is said to be turning into a ghost town, thanks to the job losses.

Finally, even as Kenyans continue to grapple with COVID-19, job losses, waning incomes, and corruption, questions about the money borrowed to finance electrification of SGR linger because, a year after the loan signing, Ketraco was caught up in a scandal that Sh14.2 billion is said to have been lost through fraudulent payments to landowners.