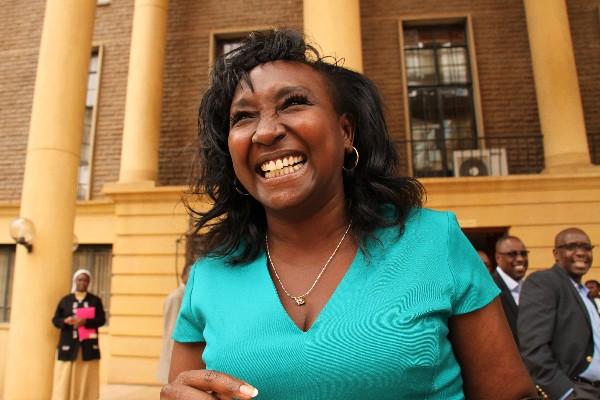 Kenya, (in)famously known as East Africa’s powerhouse, is on the verge of collapsing due to extensive and institutionalised corruption. The corruption situation is so desperate it had the international community begging that if Kenyan political moguls must steal, they should just steal a little. Corruption is so deeply rooted in the Kenyan legal system it would have an oblivious onlooker think it is etched somewhere in the constitution; it is so extensive that the Kenyan citizenry would not be surprised if a sole individual rose and claimed to have radical title over the land of Kenya.

Hardly a week passes before a new corrupt deal, involving millions of shillings, is unearthed, the most recent being the Nike apparel scandal involving the National Olympic Committee of Kenya (Nock). A recent survey by audit firm PricewaterhouseCoopers (PwC) found that only two countries, South Africa and France, have higher corruption rates than Kenya, a new low for the country following a series of corruption scandals that have rocked the Jubilee administration and institutions in the country. South Africa is number one with 69%, while France is second with 68%. Kenya comes third with 62% on economic crimes.

According to the survey, Kenya ranks top of the world in areas Former Judiciary Registrar Gladys Shollei was hounded out of office for graft claims. such as embezzlement, bribery and procurement fraud. Embezzlement is ranked as the most dominant economic crime in the country. The extent of corruption in Kenya would have one think there is no legal and institutional framework to curb corruption, which it does have; there are succinct laws and well-established institutions mandated to deal with corruption. It, however, would appear as though they do not carry out their duties as codified, and that they in fact aid in perpetration of corruption. This begs the question, is Kenya’s situation a case of institutionalised corruption? While Botswana basks in the glory of a world-class democracy, Kenya boasts, ashamedly so, of a thriving lootocracy, where leaders have no conception of sufficiency, setting up the rules to grab as much money as they can.

They also concentrate power, to arrange the country for their benefit. Unchecked by modesty, satiety, or shame, they take all they can get away with. Their “core mandate” is to loot until someone stops them… or not. Highlight of top scandals Kenya has had as many corruption scandals as it has heard promises from political leaders to curb corruption, among other vote-wooing promises. Some quick calculation reveals that the country has lost trillions of shillings in corruption and embezzlement scams since the days of Jomo Kenyatta. Among the most notable scams are the 1990 Turkwel Dam project, the Police Mahindra Jeeps scam, Goldenberg, dubbed Kenya’s longest-running scandal, the Sh4.1 billion Navy ship project associated with Anura Pereira, the Sh300 Prisons boilers scam, Anglo Leasing, and the 2006 banking fraud scam worth Sh150 billion, among others. In 2007, Britain’s The Guardian featured on its front page a story about more than £1 billion (Sh132 billion) transferred out of Kenya by the family and associates of former Kenyan leader Daniel arap Moi. The Guardian sourced the information from the Wikileaks article “The looting of Kenya under President Moi” and its analysis of a leaked investigative document (The Kroll Report) prepared for the Kibaki government in 2004 to try to recover money stolen during Moi’s rule. Others are the Grand Regency Scandal

(2008), the maize scandal of 2009, the Triton Oil Scandal, the Tokyo embassy scandal, the Sh53 billion laptop tendering project (under Jubilee), the Sh314.2 billion Standard Gauge railway project, the Sh10billion GDC scandal, the Sh55.6 billion Greenfield Terminal scandal, the Sh8 billion Karen land saga, said to involve 40 MPs, and the Sh250 billion Eurobond saga, among many, many others. From the Moi Era to Kibaki’s golden age and to the digital reign of the Jubilee government, each has had its fair share of corruption scandals and appears as though every new regime tries to outdo its predecessors in the corruption league.

The mantra is to eat and let eat. Institutionalisation of corruption The Anti-Corruption Squad (ACS), dubbed the (first) anti-corruption body was constituted in 1993 and disbanded in 1995 before it could make any significant impact. Through an amendment to the Prevention of Corruption Act Cap 65, Laws of Kenya, the Kenya Anti Corruption Authority (KACA) was created in 1997. Its first director was John Harun Mwau, who was suspended and later removed in 1998 through a judicial tribunal. Mwau has since been named as one of the most notorious drug lords of the world by the US government.

In 2000, KACA was disbanded through High Court case “Gachiengo vs. Republic”, with the ruling that the existence of KACA undermined the powers conferred on both the Attorney-General and the commissioner of police by the Constitution. It was further held that the statutory provisions establishing KACA were in conflict with the constitution then. In 2001 the Anti-Corruption Police Unit (ACPU) was created by an Executive order; it operated under the Criminal Investigations Department (CID). It was operated by the police and performed its functions until creation of the Kenya Anti-Corruption commission (KACC). KACC was a public body established under the Anti-Corruption and Economic Crimes Act, 2003. It replaced the Prevention of Corruption Act. The new Act also established the Kenya Anti-Corruption Advisory Board, an unincorporated body comprising persons nominated by a cross-section of stakeholders. The Advisory Board made recommendations for appointment of a Director and Assistant Directors. It also advised the Commission generally on the exercise of its powers and performance of its functions under the Act.

Related Content:  Cheap Tilapia From China Sold In Kisumu Bred on Feces and Laced With Chemicals

The first Director, Justice Aaron Ringera, and four assistant directors, formally took office on September 10, 2004. Following parliamentary pressure in July 2009, Justice Ringera was forced to resign from office together with some of his assistants, paving way for appointment of Patrick Lumumba in September 2010. The Ethics and Anti-Corruption Commission (EACC) was established after former President Kibaki signed the Ethics and Anti-Corruption Act into law in 2011. This Commissions’ life was also short lived. Between March and May 2015 Commissioner Jane Onsongo, Vice Chair Irene Keino and the Chairperson Mumo Matemu were forced to resign. In November 2015, President Uhuru Kenyatta nominated Philip Kinisu to chair the EACC. Less than a year later, Kinisu was found to have had undeclared dealings with the National youth Service, and forced to step down. Like its predecessWitness protection Act, 2006, Ethics and Anti-Corruption Act, 2011, the Access to Information Act, Proceeds of Crime Act, and Anti-Money Laundering Act, 2009.

The lootocrats of the regime give it in small dosages. The moment Kenyans seem like they want to forget one corruption scandal, another blows up, in is a never–ending cycle. It is so big and endemic that it undermines laws codified to curb it and infiltrates the institutions established to implement anti corruption laws. Kenya maybe rightfully said to have a deeply etched culture of corruption, one that is born with us and that survives generations on end. Why is this? Is it the insufficiency of laws, weak anti-corruption systems or a curse to the Kenyan people? The one thing that remains constant is that if it is allowed to grow on, it will be the sole cause of the collapse of the East African power house.

To reiterate the words of the vice chair of the Salaries and Remuneration Commission, Daniel Ogutu, “… Kenya is like a sick patient, who does not look sick but on going to the doctor, is told, ‘at this rate, you’re soon going to collapse… It may take f ive or 10 years, but you will surely collapse…”

Grab your copy of Nairobi Law for more insightful stories as this from your nearest supermarket.

Kenya Insights allows guest blogging, if you want to be published on Kenya’s most authoritative and accurate blog, have an expose, news TIPS, story angles, human interest stories, drop us an email on [email protected] or via Telegram
Related Topics:CorruptionInvestigationsOpinionPolitics
Up Next

Clash of Interests, Is Marwa A Politician or Administrator As He Steps Up War On Governor Joho