President Uhuru Kenyatta has thanked Kenyans for the support they accorded his administration for the last 10 years.

President Kenyatta pointed out that the significant progress the country was able to achieve in the past decade was a result of the support he received from Kenyans.

“I most sincerely thank all Kenyans for their extraordinary support to me, which made and continues to make significant contributions towards the prosperity of our nation.

“I thank everyone who has walked the talk with me and especially you the Kenya Defence Forces (KDF),” President Kenyatta said. 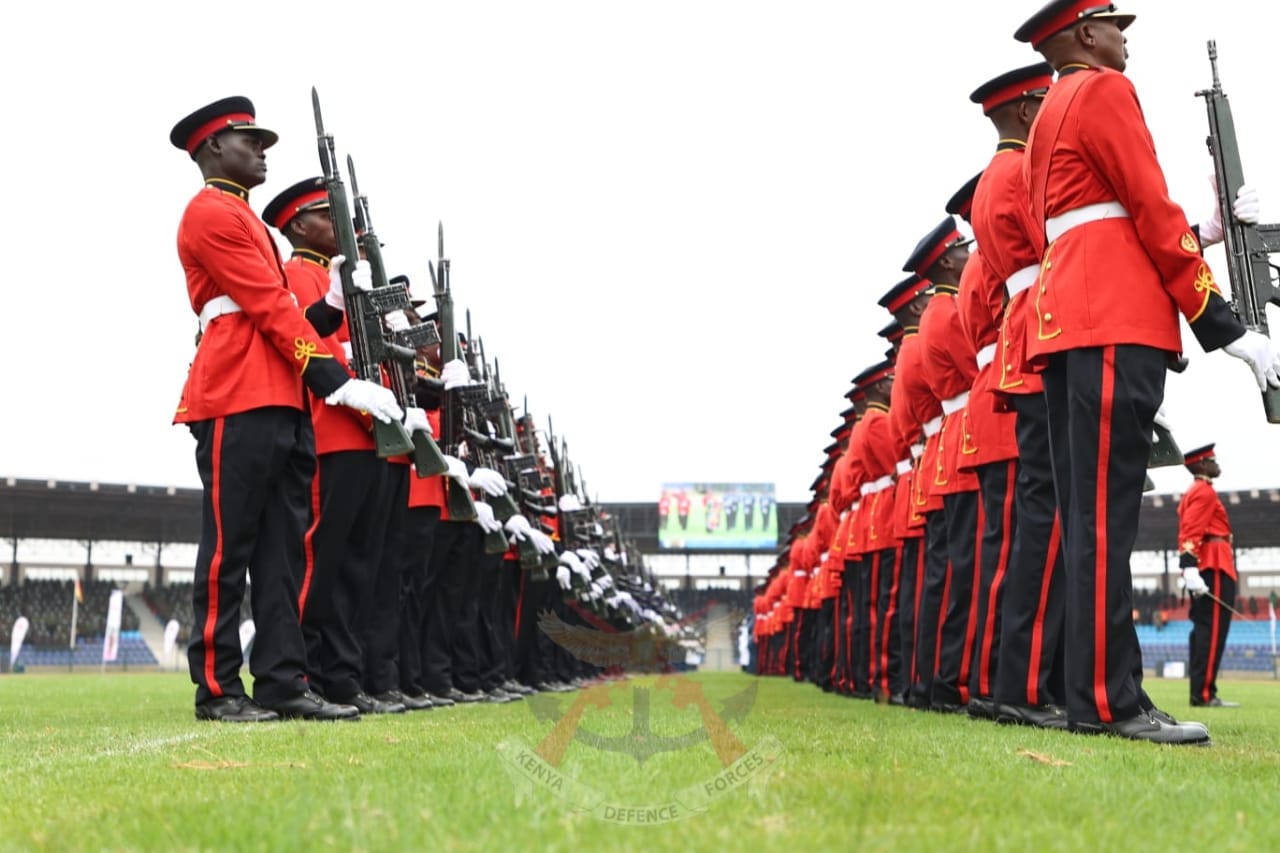 President Kenyatta, who was accompanied by First Lady Margaret Kenyatta, spoke on Friday at Lang’ata Barracks in Nairobi during a farewell ceremony hosted in his honour as the outgoing Commander-in-Chief in line with the traditions and custom.

The Head of State urged the KDF to remain steadfast and support the incoming administration, just like they supported his administration and that of his predecessors.

“As we depend on God to protect our beloved country, we all look upon you to implement this prayer by defending our territorial integrity and sovereignty by always being mission ready,” President Kenyatta said.

Noting that the past decade marked a critical stage in the implementation of devolution under the new Constitution 2010, the President expressed satisfaction that Kenya attained significant socio-economic and political development as well as enhanced democracy. 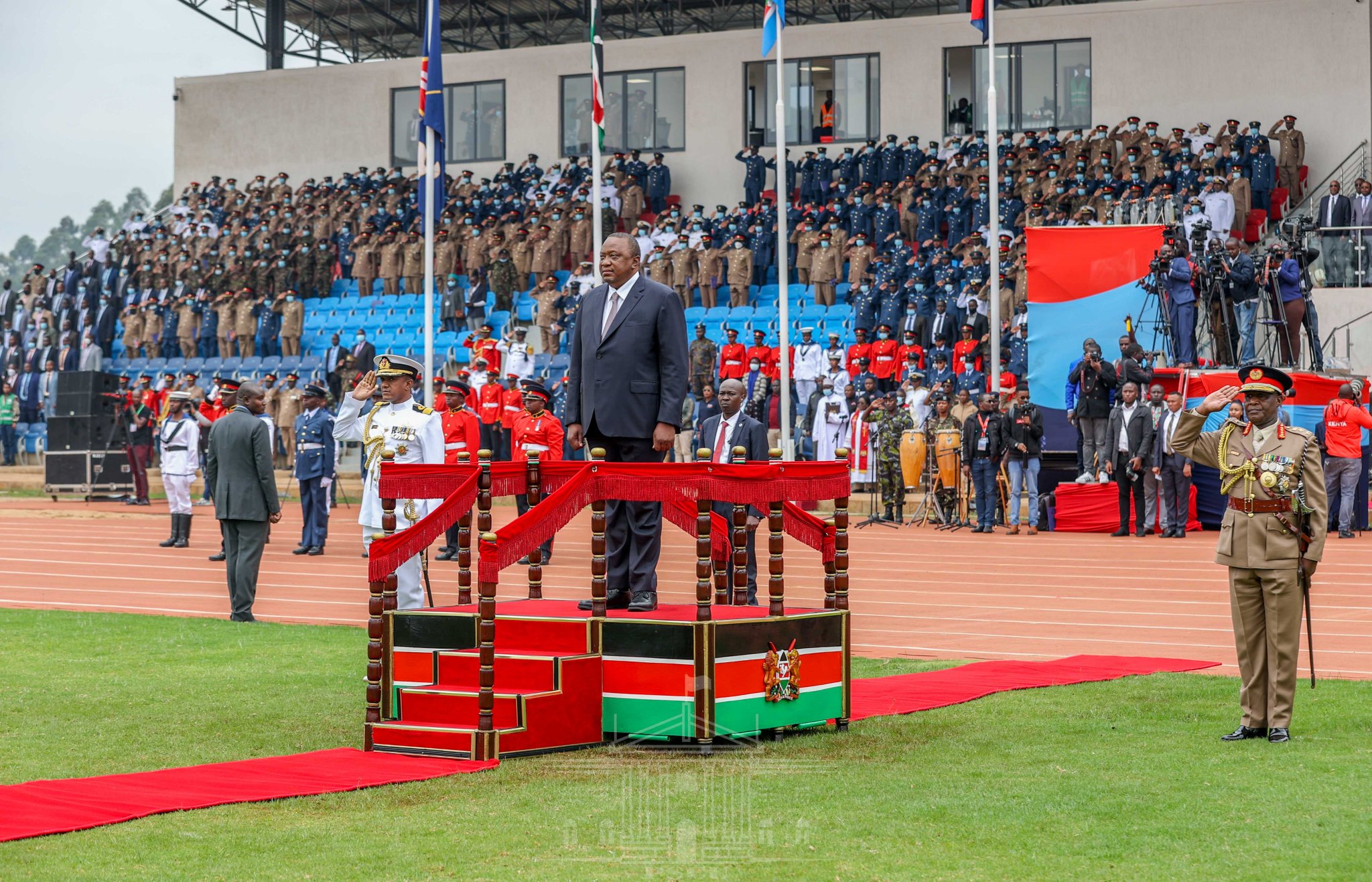 “Our nation continues to be a beacon of peace in the region. The stability and peaceful environment have enabled meaningful developments across the country. To this end, I must note that government institutions collectively undertook various roles to ensure service delivery,” he said.

The Head of State emphasized that the cooperation among ministries, departments and agencies in a “Whole of Government Approach” is vital in safeguarding the country’s unity.

He singled out, for special appreciation, the multi-agency engagement and efforts that ensured the country’s security and regional stability.

“The Defence Force’s counterterrorism efforts together with other security agencies continue to be crucial in ensuring our national security,” the Head of State said.

In this regard, President Kenyatta said his administration recognized that investing in the capabilities of the security agencies was critical in enabling them to effectively undertake their constitutional mandate. 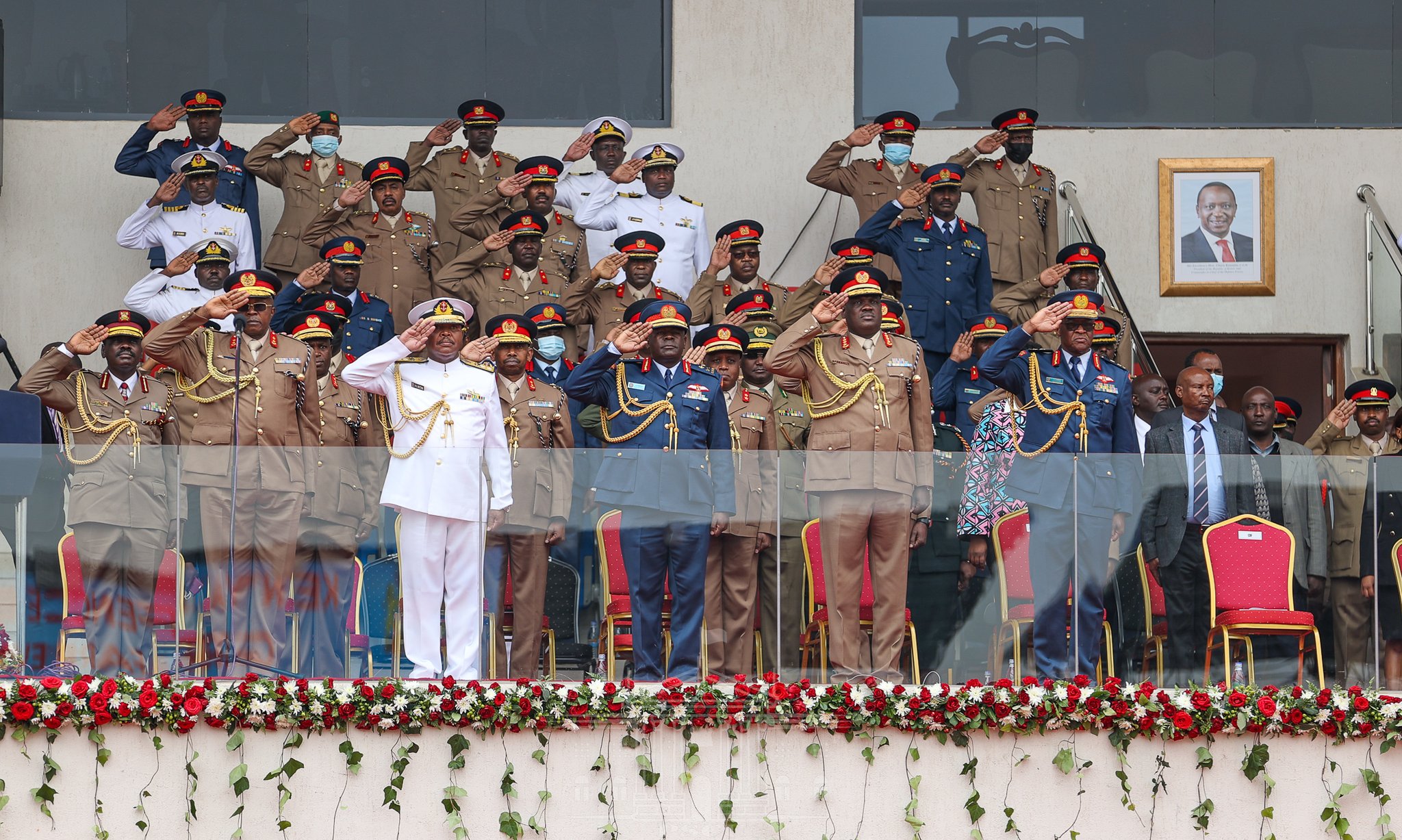 He cited the geostrategic military installations established in various parts of the country including the National Defence University-Kenya as some of his administration’s effort to boost the country’s security agencies.

The President said under the affordable housing pillar of the Big 4 Agenda, his administration commenced the construction of 3,500 housing units for Service Members in Nairobi, Mombasa, Nakuru and Nanyuki to provide accommodation to service members across the KDF.

On gender, President Kenyatta said his administration adopted policies and initiatives that boosted the country’s efforts to entrench gender equity and empowerment of women in governance.

During the occasion, the President and First Lady Margaret Kenyatta received various gifts from the KDF and the Military Wives Association of Kenya.

Gen. Kibochi said, as an institution, the KDF in the past 10 years developed huge capacities and capabilities across its entire defence spectrum. 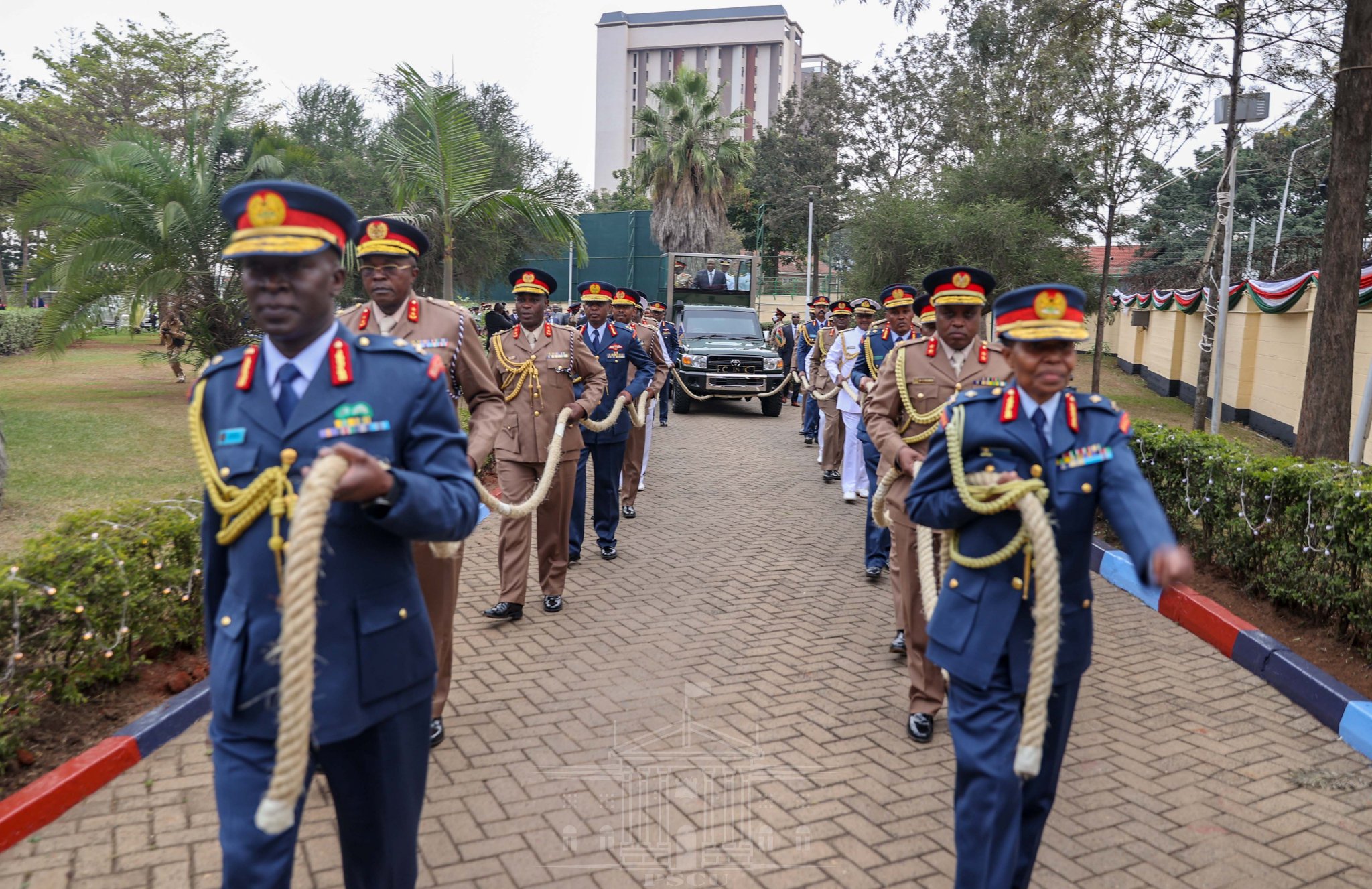 “Allow me, on behalf of all the officers and service members both serving and retired including our families here and those who are not here, to thank you very much for taking KDF to very high levels.

“It is true that as you retire, we will be left with fond memories of Your Excellency’s trust and confidence in these institutions of the Kenya Defence Forces,” Gen. Kibochi said.

Later, President Kenyatta proceeded to the Defence Headquarters at Hurlingham in Nairobi for the military traditions and custom ceremony of pulling out of the outgoing Command-in-Chief of the Defence Forces.