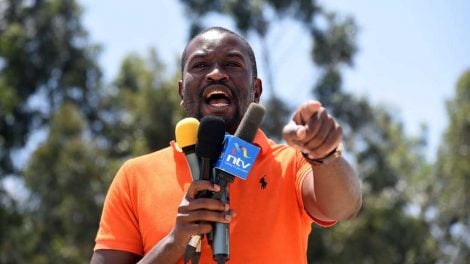 The outspoken ODM secretary Edwin Sifuna is under serious criticism over his role in the party’s leadership confusion witnessed in Nairobi county assembly.

Sifuna became part of the mess after he wrote a letter to counter the ouster of the corrupt majority whip Peter Imwatok who has been tainting the image of the orange party through his dirty deals.

MCA Imwatok has been bragging of buying off Sifuna to defend him against his own party, members where members are supporting his ouster. He was kicked out of the plum position but still chose to camp at the Chungwa House where he reached a backdoor deal with the starving Sifuna to reverse his ouster by ODM MCAs.

Imwatok brags that Sifuna had to accept his bribe and save him from losing the prestigious position at the City Hall because they all hail from the same region, Western Kenya. He also added that offering of bribes is the culture at the Raila Odinga led party. 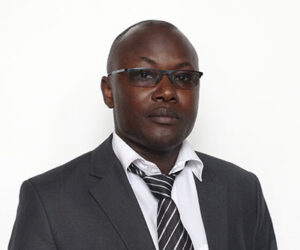 His deep fall out with the ODM party has been deep to an extent that saw his office being broken into by his colleagues to send a message to Raila Odinga to kick him from the party since he was being fed with lies from hungry cartels like Sifuna.

Sifuna joint forces with Imwatok to peddle lies that ODM MCAs were being used by their Jubile counterparts who control the County Assembly. Imwatok even went ahead to forge a letter where he accused ODM MCAs of colluding with Jubilee MCAs to plot a coup against him.

But instead of taking action against the tainted Imwatok, Sifuna purported that ODM did not authorize his removal and that his ouster went against the desires of the party leadership. Imwatok who has been riding on Sifuna’s support then resorted to sending threats to his colleagues who participated in his ouster as he threatened some with expulsion from the ODM party and committees.

Sifuna now remains a man sucked into City Hall scandals to protect corrupt ODM MCAs especialy Imwatok who was bribed with a Toyota V8, Sh15 million and an apartment along Langata Road. He was bribed by the corrupt city lawyer Prof. Tom Ojienda whom he helped recieve a controversial Sh50 million pay from City Hall.

Kenya Insights allows guest blogging, if you want to be published on Kenya’s most authoritative and accurate blog, have an expose, news TIPS, story angles, human interest stories, drop us an email on [email protected] or via Telegram
Related Topics:Corruption at City HallEdwin SifunaMCA Peter Imwatok
Up Next