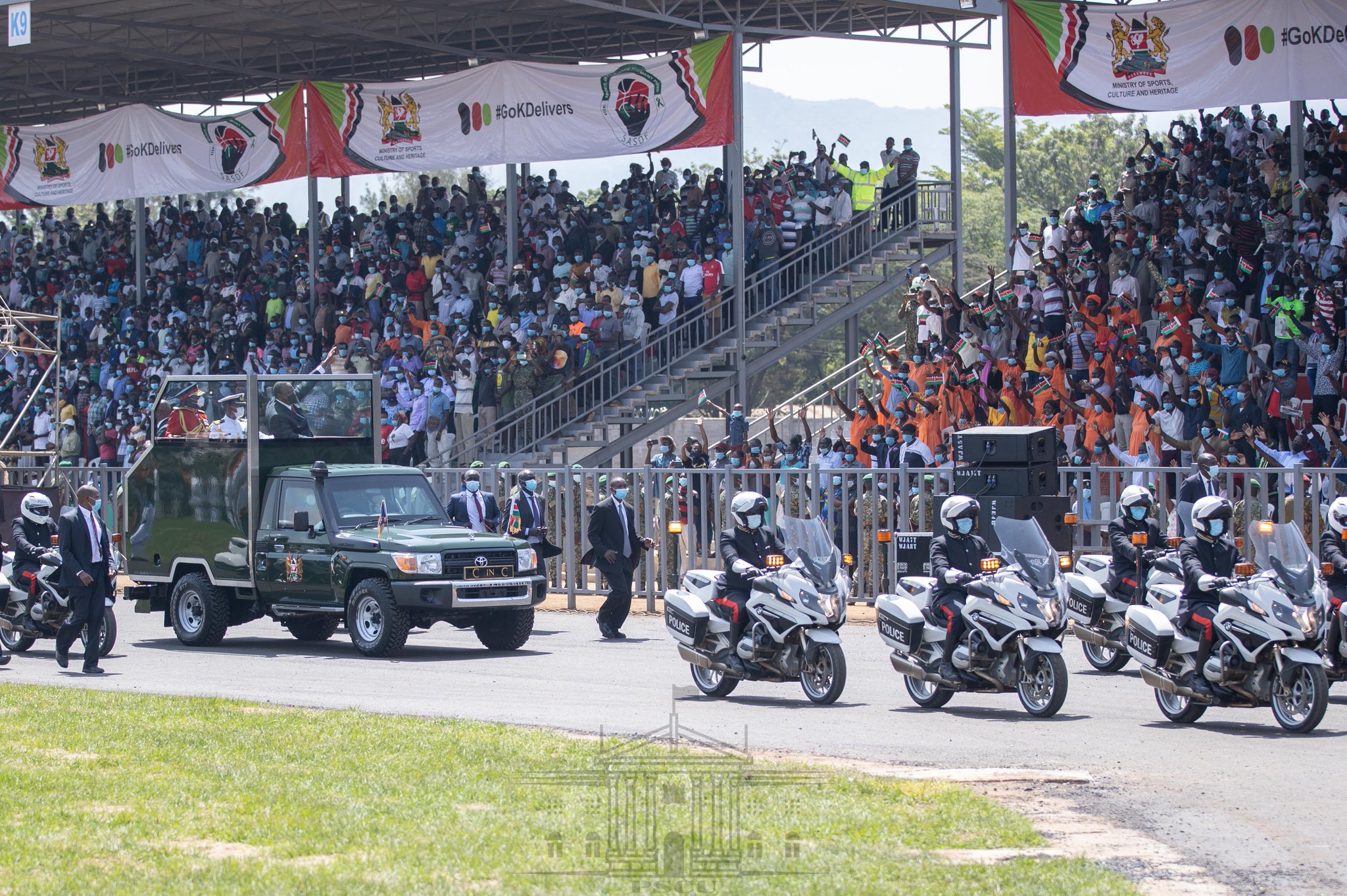 President Uhuru Kenyatta has hit out at the Judiciary accusing the instutiton of overstepping its mandate.

Speaking in Kisumu during the 58th Madaraka Day celebrations, Uhuru said while we must follow the rule of law and obey court decisions, the sovereign and supreme voice of the People of Kenya must also be followed.

“BBI is meant to build bridges, create inclusive politics, and to end the ethnic majoritarianism of two tribes. If the decision to stop BBI had been subjected to a cost benefit analysis, in other words if it had considered the burden of choice: If we are in a constitutional moment, is a decision against BBI a decision in support of status quo? He posed.

President Uhuru said Citizens are required to exercise their will and shoulder the burden of their choices, and so should the independent institutions.

“From nullification of a presidential election in 2017 to an attempt to stop the will of the people as expressed through BBI, the Judiciary has tested our constitutional limits, but not broken them,” He said.

The President implored the Judiciary to expand their field of responsibility to respond to the summons of nationhood. “Their decisions should also be accompanied by a burden of choice. This is what the national conversation should ponder.”

“When the Presidential election was nullified in 2017, we lost 1 Trillion Shillings as an economy in only 123 days. We were losing 1 billion shillings every working hour for the 123 days we held the 2017 election. The citizens will have the burden of losing 30% of our national budget every five years due to the toxic politics,” He said.

“What we have built for 58 years, can be destroyed in one day of political instability,” he said.

“Everyone knows that BBI is good for the country even those who are unhappy with it but Kenyans have embraced fear of change instead of continually striving for a fairer, just, peaceful, cohesive, and democratic Kenya. Those opposing BBI oppose it, not because of its substance, but because they cannot dare to imagine a better Kenya for all,” he said.