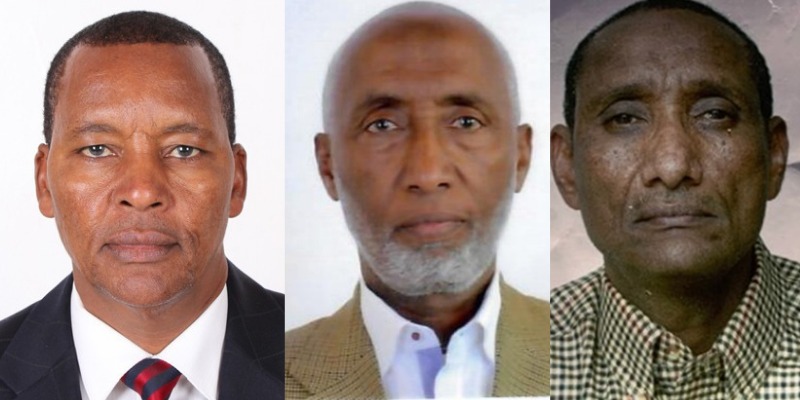 The high court at Nairobi, the Directorate of Criminal Investigations, a Multi-Agency Team on airports security and several other state investigative agencies on financial matters have found a raft of allegations made by Yusuf Abdi Adan against his co-directors at Bluebird Aviation Limited as being invalid, unsupported and untrue.

Mr. Yusuf had filed a suit and made allegations of fraud, tax evasion, and money laundering against three directors and his co–shareholders – Hussein Ahmed Farah, Hussein UnshurMohamed and Mohamed Abdikadir Adan.

Bringing an end to the suit that dragged on in the courts since March 2016, Hon Mr. Justice Alfred Mabeya, who is the Principal Judge of the Commercial & Tax Division of the High Court, dismissed the suit in its entirety with costs to the defendants.

The court noted that “In the present case, all that the plaintiff did was to make sweeping allegations without any backing by way of evidence”. He emphasized the guiding principle in judicial reasoning that “the allegations against a director must be substantiated and verifiable to establish grounds for protecting the company against fraudulent directors. Without such evidence, allegations remain allegations, and a court of law will not grant any orders on the grounds of unsupported allegations”or on an alleged facts that were not “sufficiently particularized to reveal a plausible cause of action against the defendants.” The plaintiff simply did not have the facts to pursue the relief he sought.

The court findings follows an earlier investigation by the DCI that involved Kenya Revenue Authority, Kenya Civil Aviation Authority, Kenya Airport Authority, The Financial ReportingCentre and the company’s bankers concluded that “Generally, it was untenable to investigate some of the allegations because the complainant did not provide the foundation for his allegations.His statements did not shine any light on them or provide any empirical evidence on the numerous allegations. He did not disclose the sources of his information or the basis for making such allegations, and where he made claims, we found those claims farfetched”.

The high court had previously dismissed an attempt to wind up the company and when the plaintiff appealed, the court of appeal also dismissed his petition with costs to the defendants.

In its 53 page ruling, the court noted that the plaintiff had sought that his shares be bought by the remaining members of the company in a letter to the defendants prior to filing an avalanche of lawsuits.

When he was asked to follow the laid down procedure in the Articles of the Company, he moved the court with a petition to wind up the company.

Even in the winding up petition, the plaintiff sought that he be bought out. The ruling further noted that Article 9 of the company’s Articles of Association “enables the buying out of shares of any leaving shareholder by the remaining shareholders” and that this was one of many such remediesavailable to the plaintiff instead of him “dragging the company through litigation which is costly and will affect the company’s operations, reputation and future business.’

“Doubt is cast in the mind of the court as to whether the company’s future is of any concern to him the plaintiff. He has vigorously evinced his desire of finding a way out of the company at the best price. From his conduct, it can be safely concluded that his heart and mind departed from the company way back and he has no room for the best interest of the company”, the judge emphatically said.

The court noted that the plaintiff, Mr. Yusuf Abdi Adan, apart from filing complaints with state agencies, has also filed “numerous lawsuits against the company and entities that it has done business with. These include – i) the present case; ii) Milimani High Court Civil Case No. 182 of 2017; iii) MilimaniHigh Court Civil Case No. 197 of 2017; iv) Court of Appeal at Nairobi Civil Appeal No. 262 of 2016; and v) Winding Up Cause No. 7 of 2016.” The allegations regarding these entities were dismissed as being unsubstantiated and unproven.

The court agreed with the defendants that the plaintiff’s actions and behavior clearly shows that he was not acting to promote the success of the company. “It is the court’s view that, the effect of filing the above cases will be to reduce the company’s creditworthiness, its goodwill among members of the public and to demotivate its employees, to say the least.”

The judge further asserted that “the suits filed, particularly the winding up cause, was intended to scare away the company’s customers thereby drastically damage its reputation and success”.

The court further noted that the three defendants- Hussein Ahmed Farah, Hussein Unshur Mohamed and Mohamed Abdikadir Adan- built the company from an initial purchase of one aircraft on credit and flying it until the company was financially stable. “That it was their combined skill, effort, time and capital that led to the growth and success of the company. That from the very beginning, the plaintiff was never involved in the management of the company as he was only approached to buy a share as a potential permanent customer, as he was in the business of miraa exportation”, the court found that these contentions were not denied or challenged by Mr. Yusuf Abdi Adan.

In several pointed questions, the court quipped “the court must ask itself, would a faithful director exercising independent judgment file a winding up petition against a company, seeking orders to have it wound up, or in the alternative, orders directing the remaining members to buy out his shares? Would such a director then file a derivative claim, 21 days after filing a winding cause, to protect the very company he intends to legally kill? Would he, during the subsistence of the derivative claim, file other cases with the similar causes of action as in the derivative suit?

The inescapable answer to the foregoing questions is in the negative. No faithful director exercising independent judgement would take any of the said measures, none of which are beneficial to the company. In fact, all the steps taken by the plaintiff were contrary to the success of the company. They were meant to sound a death knell on the company. The upshot is that the plaintiff cannot be said to have brought the application in good faith.”

It further noted that the “Court is alive to the allegations by the defendants that the plaintiff only contributed Kshs. 150,000/= as his capital at the inception of the company.

That he never made any further contribution thereafter. He never actively participated in the affairs of the company for 23 years. If he had been excluded, he never took action on it. The court concludes that he did so willingly.”

The Principal Judge noted that the “2nd defendant reminded the court of the story of King Solomon’s wisdom in the Bible. That the plaintiff has already attempted to murder the baby through the winding up petition. Having failed in that attempt, he has asked two courts to split the baby by his pursuit for a buyout. In this case, King Solomon declines the invitation” and with those words Mr. Yusuf was left to count that which would have been.

The Cost of Kenya’s ‘Budgeted Corruption’