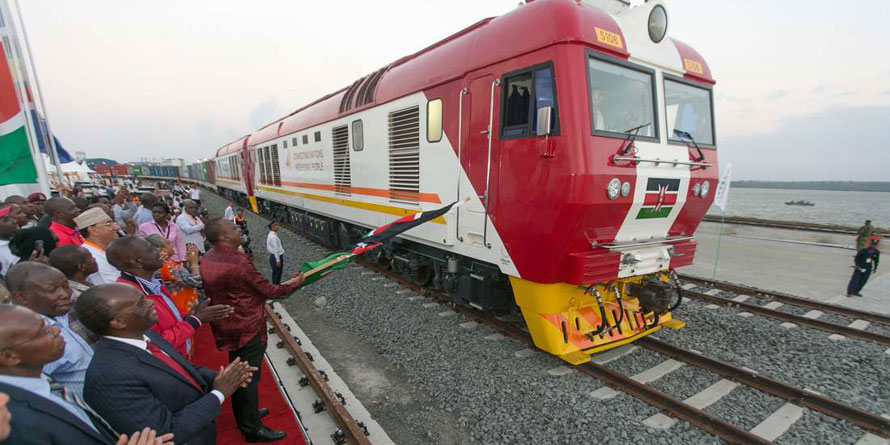 Kenya has been rolling deep down into public debt in the name of development. Government handlers have been on the frying pot for advising the government of projects that are not profit generating at the expense of the tax payers.

Recently a Chinese loan worth Ksh.374 billion for the extension of the SGR from Naivasha to Malaba didn’t materialize. With some saying that Chinese now wants the government to prove that they are going to pay for the first loan.

The government of Kenya now has plans to modernize the old railway track to link a newer line to neighbouring Uganda at a cost of Ksh.21.3billion.

Sources in the government indicate that unidentified private financier has offered to fully back up the project. This is almost 15 times cheaper than building another almost modern railway with Chinese loan.

The SGR was under  China’s “One Belt, One Road” initiative, a multi-billion dollar series of infrastructure projects upgrading land and maritime trade routes between China and Europe, Asia and Africa.

The Nairobi-Mombasa SGR that was launched at a cost of Ksh 323.9 billion then later linked with Nairobi-Naivasha line costing Ksh.151.7billion might sound as a serious wastage joke when the government links it to Naivasha-Malaba track that will cost Ksh 21.3 billion.

“We need to make sure that when we commission the SGR in August, we have connectivity to Uganda from the SGR so we have to rehabilitate that line to make sure it is properly functional,” said CS James Macharia,

Macharia also said that using Ksh.15 billion to rehabilitate decades-old line from Malaba on the border with Uganda and using the remaining amount construct another short track connecting to the SGR at Naivasha within a year would be a faster option than building another SGR.

Kenya Insights allows guest blogging, if you want to be published on Kenya’s most authoritative and accurate blog, have an expose, news TIPS, story angles, human interest stories, drop us an email on [email protected] or via Telegram
Related Topics:MalabaMombasaNairobiNaivashaSGRUganda
Up Next