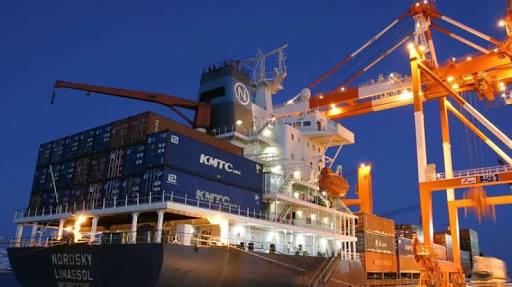 A cargo ship docks at the port in Mombasa.

Across the world, rail transport dynamics are essentially market-driven, with the customer, and in the SGR case the cargo owners, having a major input. But the Kenya government last month directed that all imports coming in through the Mombasa port be transported by the SGR, setting off a round of protests from businesses.

Manufacturers, who make up a substantial number of the cargo business clientele, have also noted that outside of the storage costs, the train’s ability to move bulk freight is limited. One of the main challenges they have is that the current line does not have the capacity to haul bulk cargo which disadvantages us. They are also at a disadvantage, especially that the last mile element is missing. The old meter gauge line offered direct access to heavy clients’ bulk cargo.

At the port, CFS owners and the clearing and forwarding agents, say such orders will kill their business, as importers will have to liaise with new service providers to access the Embakasi ICD.

The authority’s mandate is to maintain, operate, improve and regulate all scheduled seaports situated along the inland container depots. KPA a statutory corp was created under section 3 of KPA act ( cap 391, Laws of Kenya ) and was established on 20th January 1978. Over the years capacity constraints at the port of MSA have been a major hurdle in ports operation as cargo imports have always surpassed yard holding capacity against the backdrop of poor cargo offtake to the hinterland.

The CFS( Container Freight Station) came into operation a decade ago in a bid to ease congestion at Mombasa port, which saw ships charged for delayed cargo deliveries, and these costs passed on to clients.

A freight station in Mombasa.

Traditionally, importers negotiate with clearing agents to get at least a month of free storage of their cargo and this is what KPA and Kenya Railways need to address to attract the much-needed cargo. Within the KPA system, storage is a very expensive affair. For instance, the fine for a 20-day storage within the port is $2,100. You cannot attract importers by dangling cheap freight charges, then force them to pay high storage charges. It doesn’t make business sense.

Related Content:  How the proposed Landlord and Tenant Bill will tame rogue Landlords

CFS business is made on volumes moved from port to customers’ premises and that is why the government directive is hitting their bottom line hard. They attract clients by not only charging less for storage but also giving incentives. It is seamless when they work with clearing agents and it is this wholesome package that endears clients to them.

The investment of setting up a CFS is huge and applicants went through a tedious vetting process to comply with statutory requirements. Requirements are Minimum yard capacity of 4000 TEUs full cabro paved, standard perimeter wall required by KRA which we estimate the land size as 10 acres n above.

The modern facilities built by CFS operators have equipped modern office blocks for staff and resident government agencies and public amenities minimum four dedicated equipment for handling containers. The reach stackers of repute make, certified and locally inspected as required by authorities cost each ksh 75M, thats Sh300M investment. High massive masts for lights, security systems is a must requirement and must be handed over to KRA officers who are custodians of cargo at CFS and control entry and exit gates.

Also must comply with KRA requirement in relation to bonding, good in transit bond, warehousing, transit and security insurance among other translating to over ksh 15M annually. All the investments highlighted above over 1.6 billion. Its a cost each CFS paid to operate

All the CFS ‘ invested in trucking business to shunt containers from KPA within 48hrs as specified in the contract and take cargo xhook from vessel to allow quicker vessel turn around. Must invest in the communication system, control of documents through electronic data interchange (EDI) which puts all stakeholders handling cargo in the same wavelength and track info thru shared platform. 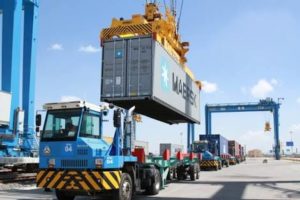 Truck loaded with a container at Nairobi Inland Container Deport.

Combined, CFS has employed 8000 directly and in existing contracts with suppliers for their machines, office supplies, consultants, training institutions, security companies, cargo surveyors, cargo insurers among others. There are 22 gazetted CFS currently and are registered with KPA and are regulated by government agencies namely KPA, KRA, KMA.

CFS ‘ as an extension of port with public authority status, equipped with state of the art facility and equipment offers services of handling cargo, temporary storage of import, export loose cargo, motor vehicle, project cargo all carried and operated under customs control. In additional CSR programs initiated by CFS’ including Scholarships, Internship programs, Built rehab centers, Support orphanage homes, Engaging locals teens & support their Football and other games are now all at stake should this business fail to materialize as it stands.

Most progressive countries give tax holidays and other incentives to their local investors yet we are killing ours. The MD of KPA advised the government on the need for CFS but they tried to use force but in only two days the yard at the ICD was full. The ripple effects of killing such an industry that me livelihoods depend on is inhuman.

Talking of which, I can’t help but empathize with CFS investors many of whom I suspect took loans to own the Sh1.6B setup capital. How are the 22 gazetted stations going to service their loans? I think the SGR cargo debacle would’ve been avoidable of authorities engaged and consulted all stakeholders in the industry to avoid these inconveniences and I believe its never too late.