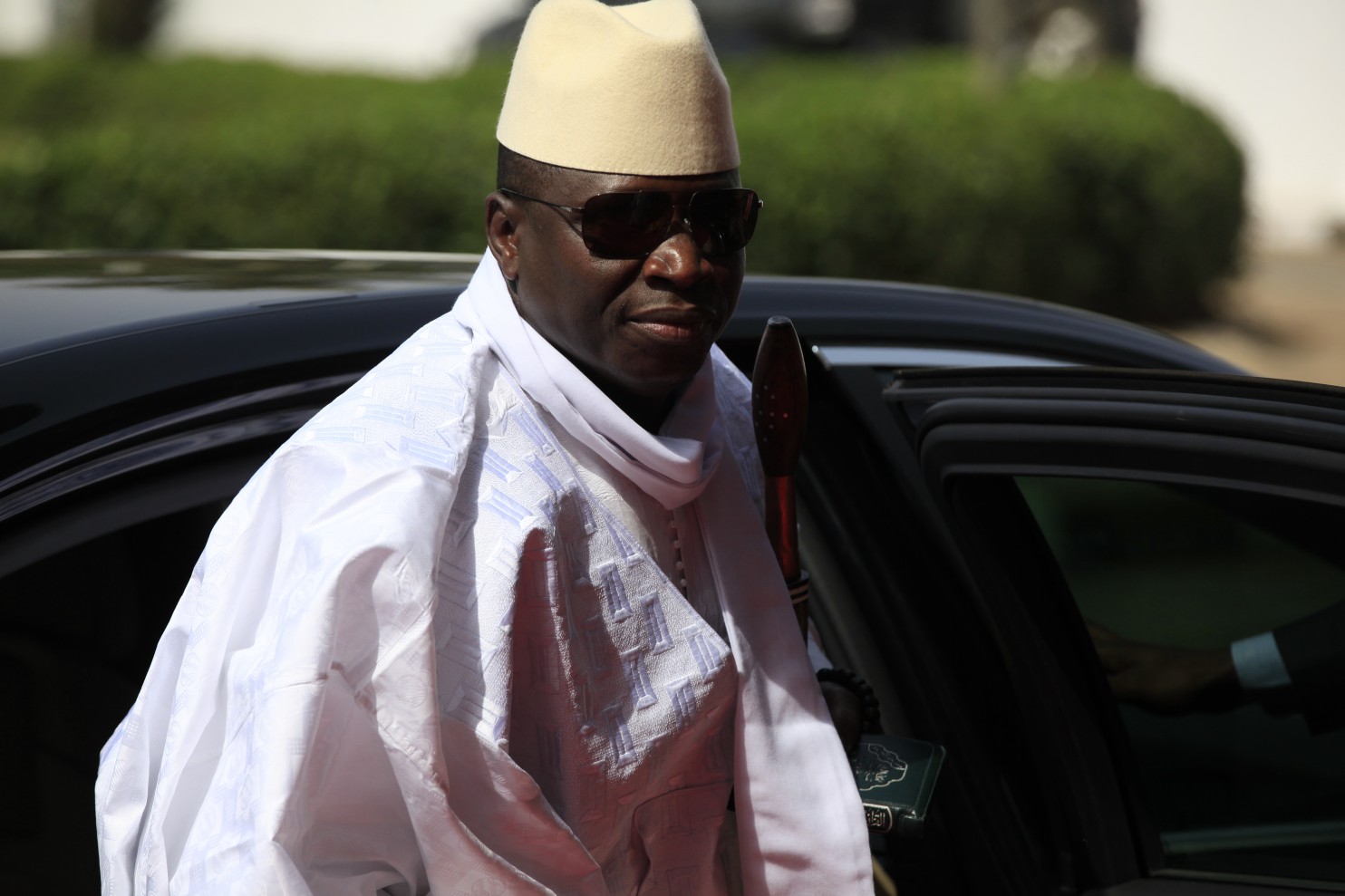 The disgraced and psychopath former Gambian President Jammeh has not only held the little country hostage but the entire world for the past hours following his hard card in power transition. Jammeh a former soldier who vowed to rule the country for a billion years couldn’t come to terms that after 22 years it was a wrap did him. He surprised everyone when he ceded defeat to an opposition in the December polls only to take a short time and refused elections polls he had previously endorsed.

The West Africa countries were not buying into his murky business and plot to cling to power, and they went on shuttle diplomacy in a bid to convince the tyrant to vacate office and avoid peace disruption but as you’d expect of a ruthless behaviour not blessed with wisdom, He turned down the pleas and offered including asylum. This led to ECOWAS mobilizing their troops to aid forceful power transition to the opposition leader.

Jammeh was given an ultimatum of midnight on Wednesday or face military invasion. The time lapsed and despite Mauritanian President, Mohamed Aziz’ s last minute intervention to secure his safe exit, Jammeh on his unwarranted stubbornness, refused to vacate office. As of press time, Jammeh has ceased being recognized as the legitimate President with Barrow now recognized as the President of Gambia.

Sources are indicating that Jammeh and Aziz struck a deal where the former Gambian President agreed to step down under unsaid conditions and have demands for his exit. Aziz them few to Senegal where he met the President of the country in Dakar together with President Barrow for debriefing and organize for his exit plan.

ECOWAS and Barrow team have insisted his inauguration must happen today even though there are uncertainties clouding the events as to where it would be held. According to several reports, It would occur at Gambian Embassy in Abuja, Nigeria. However, different reports say the Barrow transition team have insisted the swearing in must happen on Gambian soil.

Jammeh has been left on his own with nearly everyone from the Vice President to ministers abandoned him. The army is greatly divided regarding loyalty, and with a small size of 2500 soldiers, The lunatic has least strength to counter an ECOWAS attack with their large contingency. Jammeh is being guarded by foreign mercenaries he has flown in. The Gambia Army general announced that they were not going to engage in armed resistance to the ECOWAS troops instead they were joining them in the plot to remove the disgraced dictator from any string of power.

The story is still building and will be updated as it goes, as of now, Jammeh is still in the country even though his family left ages ago to Morocco. Time will tell his end game.