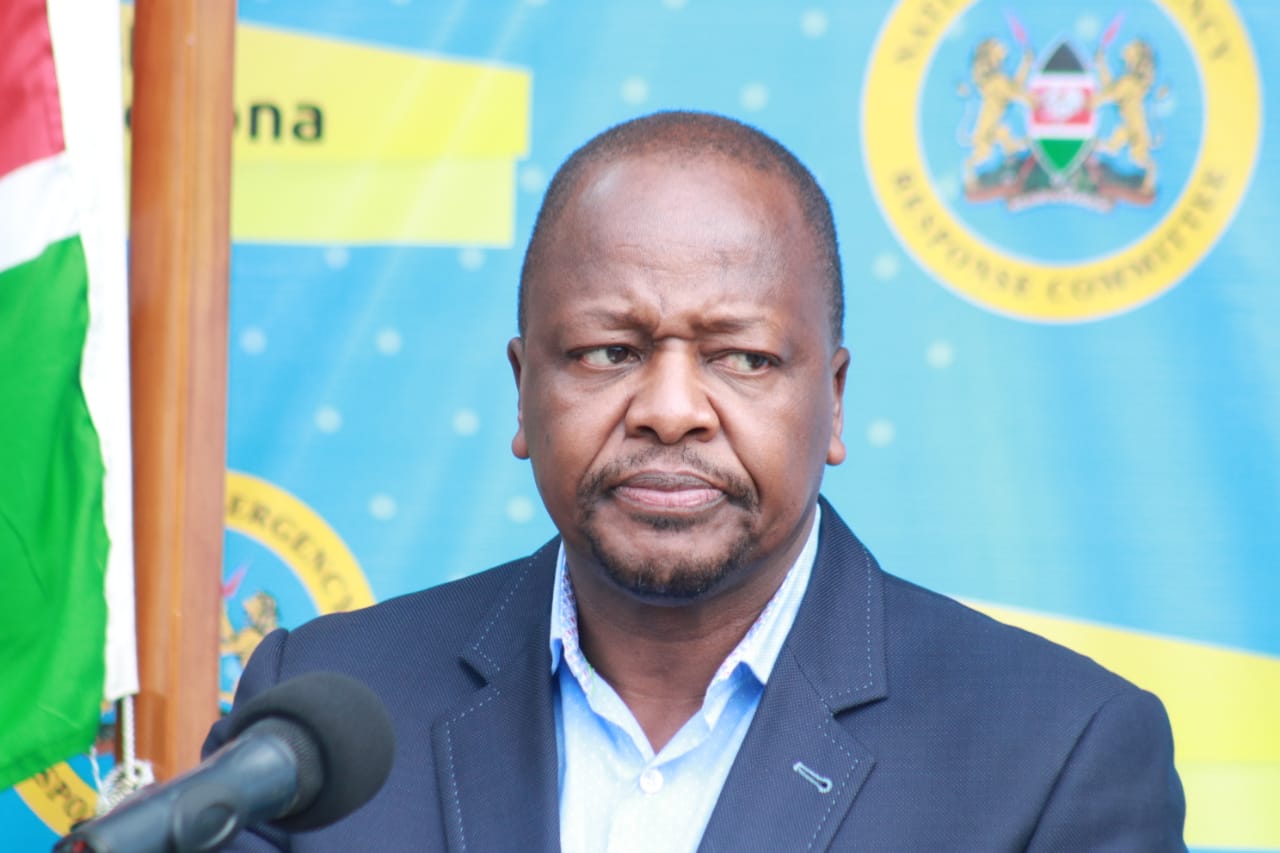 The last few weeks have been a real baptism of fire for Mutahi Kagwe. Kenya’snewly-appointed Cabinet Secretary for Health took office two weeks before the country’s first confirmed coronaviruscase. But, as he revealed during his vetting, he anticipated what awaited him. For Kagwe, the question was when not if COVID-19 would affect Kenya. And so, when it did, the 62-year-old politician hit the ground running, taking charge of government communications in its pandemic response.

Kagwe’s initial media briefing was on 13 March. Results from the National Influenza Centre laboratories indicated that COVID-19 had found its way into Kenya. Two days later, and with two more cases confirmed, Kagwe was joined by President Uhuru Kenyatta who addressed the nation for the first time regarding the virus. However, as infection numbers increased, Kagwe became the default face of government, steering the National Emergency Response Committee.

Throughout his pressers, Kagwe spoke with the authoritativeness of a trusted broadcaster, giving little in terms of emotion. He quickly established camaraderie with the press, presenting himself as firm yet accessible. Many Kenyans came to associate Kagwe’s steady baritone with a sense of national reassurance, such that Kenyatta’s absences went unnoticed.

When the president did make an occasional appearance, it tended to either elicit ridicule or a lukewarm response. The goodwill for government that Kagwe had accrued started chipping away. The health secretary could talk the talk, but as the situation became more serious the government was struggling to walk the walk.

As the public awaited the announcement of substantive measures to contain the outbreak on 23 March, for instance, Kenyatta instead used his address to reveal that the government was working with telecoms companies to provide free internet. On 26 March, when the president announced a nationwide dusk-to-dawn curfew, his seeming lack of clarity on its implementation left room for mischief. The police took his order to mean they could be a law unto themselves, going by how much violencethey meted out on workers who weren’t home by 7pm. The president later apologised for what he described as “some excesses that were conducted”.

On 5 April, he gave an even more puzzling address. Announcing that he was stopping all traffic into or out of Nairobi, the president’s message was instead widely (mis)understood to mean he was halting all movement within the city. It took the intervention of his chief-of-staff Nzioka Waita later that day to set the record straight. As if wanting to dig himself deeper, Kenyatta followed his obtuse speech with an exclusive interview to a number of Kikuyu FM stations, as if to say he only needed to reach his home base at such a time of national reckoning. It again prompted a commotion on social media.

On 9 April, Kenya’s deputy president William Ruto – whose relationship with the centre of power has gone frosty and who hadn’t made a single public appearance since COVID-19 hit Kenya – also got involved. He gave what has been considered an unnecessary press conference at his Nairobi residence, simply regurgitating what Kagwe and Kenyatta had already said.

It was up to Kagwe to steady the ship, but he too started running into headwinds. Frustrated by a lack of adherence to government directives, he read the riot act to Kenyans for their alleged indiscipline. Critics complained against the state for not doing enough while expecting the earth from its citizens. Another time, Kagwe said responsibility for tackling COVID-19 lay at the feet of Kenya’s youth. This too drew anger from many who questioned what the government has done for the youth for it to now call on them.

A few more missteps later, including complaints of the government’s poorly coordinated mandatory quarantine programme, Kagwe started declining to take questions from the press after his updates. It was burdensome to carry the weight of an entire government on one’s shoulders.

Before Kagwe’s appointment, Kenyatta’s blue-eyed boy was Interior Minister Fred Matiangi, a man known for his forthrightness rather than amiability. The president’s other fixer was George Magoha, a former University of Nairobi vice-chancellor with a similar by-all-means-necessary demeanour.

It seems that public figures like these had set the bar for government public relations so low that when Kagwe showed up and did the bare minimum, the country took notice. Their tendency towards seeming heavy-handedness perhaps also made the softer approach of Kagwe come across as affable and competent by comparison; for the early praise he garnered, he didn’t really do anything more than keep his cool and communicate clearly.

As the coronavirus has continued to spread, however, this has counted for less and less. With cases increasing – with 216 infections, 41 recoveries, 9 deaths and an estimated 6,000 tested according to the latest figures – it has become sadly apparent how little Kagwe’s reassuring mannerisms matter.

Related Content:  Yash Ghai: Kenyans Would Lose A Great Opportunity If They Did Not Vote For Raila Odinga.

Especially in exceptional, uncertain and challenging times such as these, trust in the government is earned through actions not words. And unless the governments puts urgent measures in place – especially to support low-income earners and provide the health sector with the life-saving equipment and facilities they need – neither Kagwe’s nor any other minister’s star quality will mean much at all. The health secretary may have projected an aura of competence, but it is actual policy that counts.

Original version of this article was first published on African Arguments.