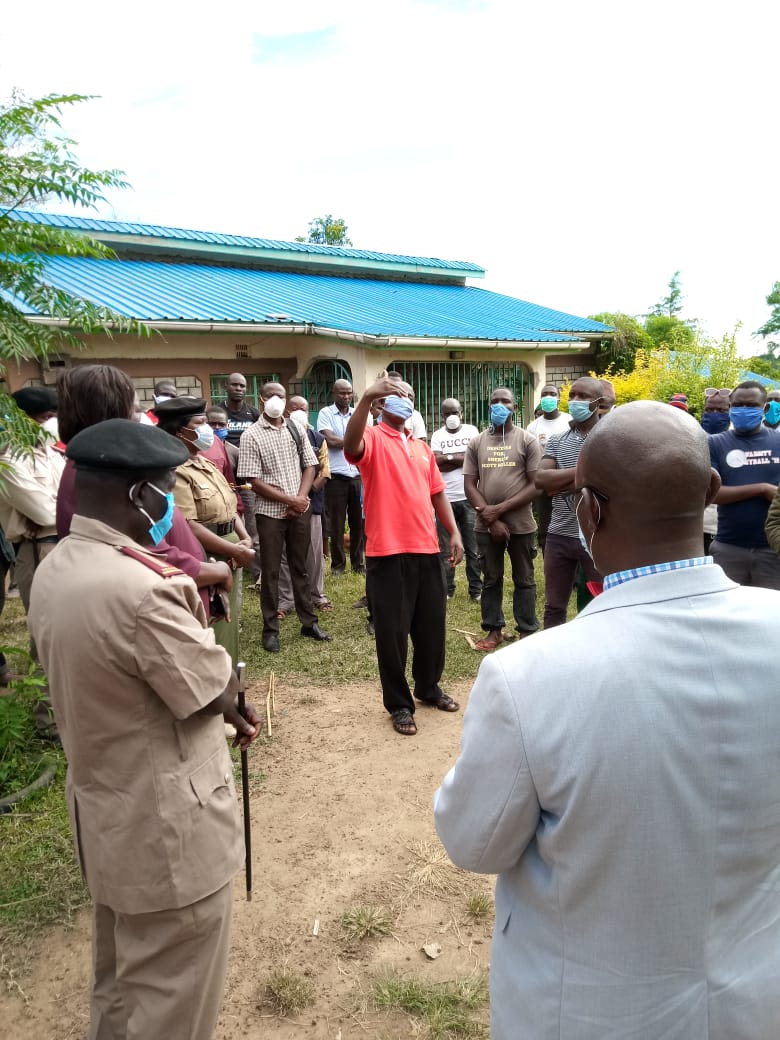 Health officials during the visit at the latest home in Siaya.

As of Wednesday the government had traced and isolated 64 persons who had direct contacts with Mr. Oyugi who had passed away at Matibabu Hospital in Ukwala. Fear that had gripped the village is being handled with the authorities assuring that they’re on top of the game.

While the contact tracing and isolation continues, another case has tested positive from the five samples taken from the quarantine in KMTC, Siaya.

14 additional samples had also been taken to KEMRI in Kisumu and the results expected to be announced today.

Goverment is appealing to those who might have had contacts with the late either primarily or secondary to come out and test voluntarily in an effort to minimize the spread of the virus which poses a high risk.

In other news, Siaya Senator James Orengo has tasted the Health CS to give answers to the cause of the death and the justification for the undignified burial that irked the nation and left the family traumatized. Oyugi was buried in a body bag in the wee hours of Sunday contrary to the acceptable cultural practices of the Luos.

Siaya has been mapped out as an hotspot and a mass Covid19 exercise set to take place during the coming days. The second case of eruption from the KPA follows yet another in Ugunja where the priest from Rome held a mass. He had since recovered from the virus and in custody as he faces charges for putting at risk the health of the public.

Related Content:  Author Ken Walibora Is Dead
Kenya Insights allows guest blogging, if you want to be published on Kenya’s most authoritative and accurate blog, have an expose, news, story angles, human interest stories, drop us an email on tips.kenyainsights@gmail.com or via Telegram
Related Topics:
Up Next

From Calm To Confusion: How Kenya’s Covid-19 Frontman Lost His Sheen