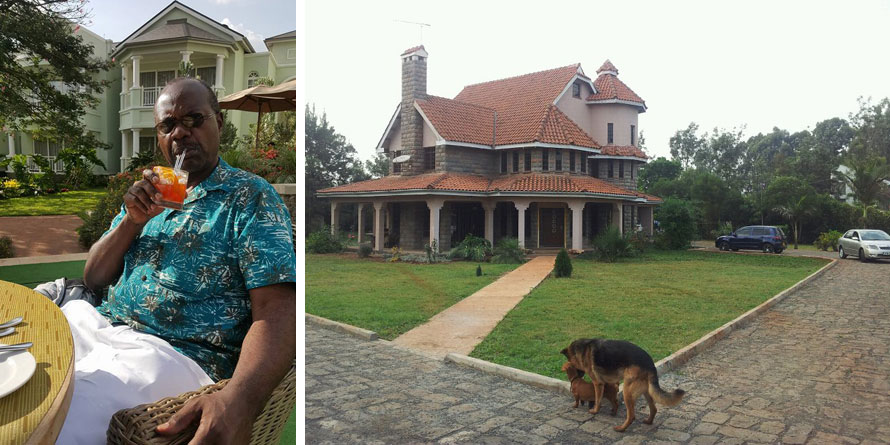 Mr Ayienga: On the right is the compound of the what he described on social media as his Karen home. He belongs to job group P and earns a gross salary of between Sh133,940 and Sh161,800 per month, including allowances.

If there’s one trait that not only Kenyans but humans have then it’s short memories, it is for this reason that according to an affidavit by Kabura against Waiguru, she alleged that the then CS persuaded her to keep take responsibilities which would mean a few days in police cells and lighter charges put on her then she’ll be rescued at the end when the public pressure is off the case.

And true to the words, Kenyans forgot about the initial NYS heist until the second one struck and a few people were arrested including the PS Omollo who’s fighting the case in court.

However, some also evaded the net either by design or sheer luck. One such person in the NYS II that we’ve never heard of his case after the initial arrests is one Bernard Masiga Ayieng.

Mr Ayienga, a senior finance officer at the Public Service ministry under whose scope the NYS operates attracted the attention of investigators because of his lavish lifestyle and love for finer things in life despite remaining in employment for a gross salary of Sh161,800 a month. 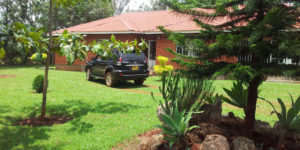 At one point, the Director of Public Prosecutions Noordin Haji said detectives from the Directorate of Criminal Investigations (DCI) were closing in on the Ayienga for arrest and we’ve never heard of it. The besieged Masiga had even unsuccessfully sought to preempt arrest with application for an anticipatory bail.

It remains a mystery how a man earning so less yet living so lavish and even after Noordin giving public assurance that they had closed in on him escaped the wave. The DPP is on record saying Masiga would be arrested and prosecuted.

It also emerged that Mr Ayienga had sought the anticipatory bail despite his name not being on the initial list of suspects that the Office of the Director of Public Prosecutions (ODPP) had published.

“He knew what he did. Investigations show he was involved,” said the DPP, adding that those convicted will suffer asset seizures besides jail terms.

Being a typical man from the Western, Ayienga bragged about his wealth online attracting many admirers. His palatial home in the village and in the posh Karen in Nairobi flooded his social media page which he quickly took down after the story leaked online. He has never reactivated his Facebook page since.

He could be seen touring the world, the monied fella was moving from one country to the other and possibly still does since he’s presumably still in office. 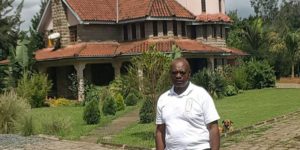 Seen at one of his properties.

It is obvious that as a suspect in the criminal case of looting NYS, Ayienga has engaged himself in stealing public funds and we’re not sure if that’s only at the NYS or other departments in his scope, what’s certain is, the man ought to have had his day in court and possibly the ill gotten wealth recovered.

It is in this effect and in the public’s interest that we demand the ODPP and DCI to give us an update on this case and if Ayienga is still enjoying the public funds he stole undeterred.

We cant win the war on corruption by selective law application and amnesia. We’re keen to determine if a lifestyle audit has been carried on this man and the results. More importantly is to see the public funds stolen reclaimed back to the dried coffers.

Certainly, this not an isolated case and since Kenyans are bombarded with scandals, we tend to forget and move on faster. However, we’re here to keep the nation informed and constantly remind ourselves that it’s expensive to move on.

If you have any valuable information on Mr Ayienga or any other NYS and any other forgotten case that needs to be revisited, don’t hesitate to write to me ([email protected])

Jet Fuel Sold As Kerosene; Details On How Oil Managing Companies Work With KPC Staff Including MD Sang To Steal Billions From The Company