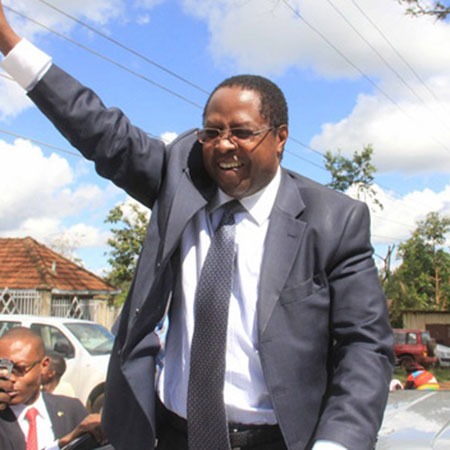 Embu county assembly has been trying to impeach Governor Martin Wambora since the first month he was elected in the Office. The governor who has nine-lives like a stray cat has been, fortunately for him, surviving all impeachment attempts against his reign.

Wambora’s key allies have been linked to suspicious 19 secret bank accounts that have been used to loot millions.

According to the committee’s chairman Phillip Nzangi report, accounts were opened and operated against Section 82 of the public finance management regulations (county government) 2015 Act. Nzangi who is the Makima MCA report reveals existence of two revenue accounts at the Runyenjes Level Four Hospital, being operated by strangers since the said signatories had been moved to other departments and/or counties and no changes had been made against the signatories.

According to the report, Wambora’s  signatories in-law made unexplained and unsupported withdrawals from the accounts amounting to Sh34,751,498 in 2017 and another Sh11,508,452 early this year. It has been established that George Muthinji, the hospital administrator was also the banking agent for the two bank accounts whose only duty was to access the bank statements.

It has also emerged that Wambora cleared Sh170, 517,267 funds transfer to Embu county education support fund account number 01141408639900 held at Embu branch in respect to scholarship and bursaries. According to Edward Ouko’s audit, the said account had an unspent balance of Sh10,821,866.

The fleecing did not end there, Wambora and his alleged accomplices fraudulently procured tree seedlings worth a whopping Sh17.5 million in the 2016/2017 financial year. Kenya Forest Services on March 13, 2017, approved the deal budgeted at Sh14,499,856. However, Wambora  approved over-expenditure of Sh3,000,144.

This is the governor who is expected to improve the lives of fellow Kenyans in Embu. The learned leaders the new constitution tapped. While Kenya is still fighting illiteracy 56 years after independence, 47Million ‘fools’ have elected learned cartels that are fleecing the coffers to their deathbeds. Who will save this country?

Kenya Insights allows guest blogging, if you want to be published on Kenya’s most authoritative and accurate blog, have an expose, news, story angles, human interest stories, drop us an email on tips.kenyainsights@gmail.com or via Telegram
Related Topics:Auditor GeneralEmbu countymartin wambora
Up Next