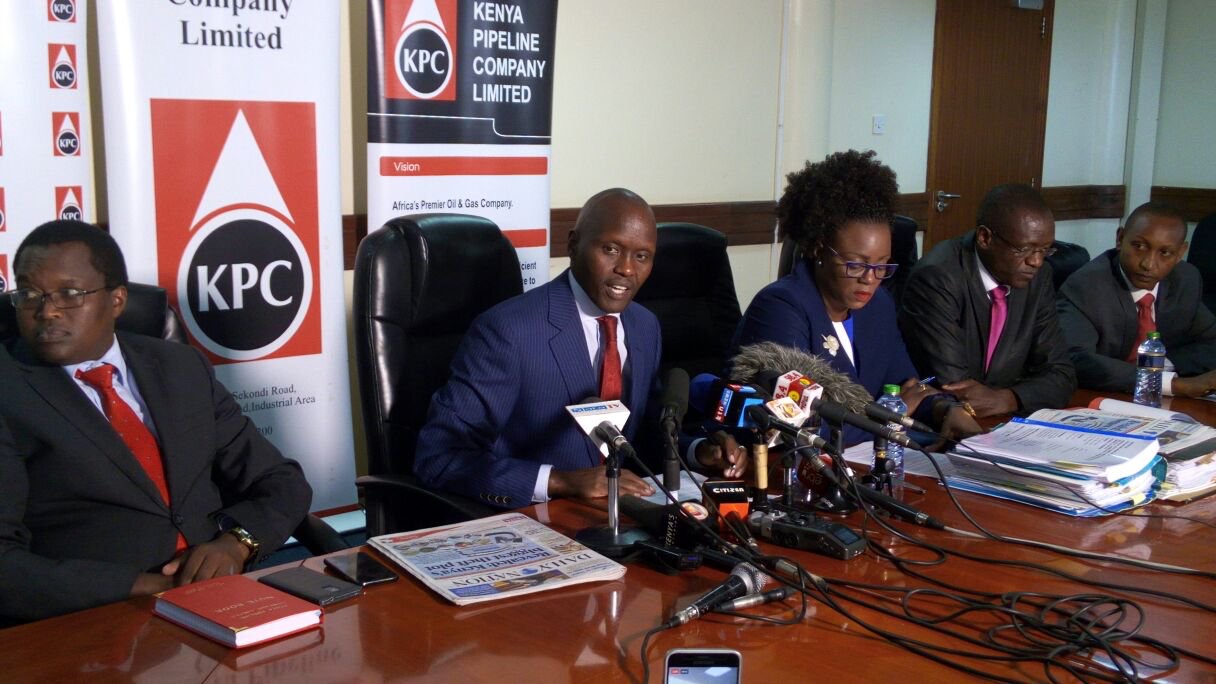 Kenya Pipeline continues to be flooded with funds spillages as new information continues to stream on how public funds in billions are being siphoned from the national’s petroleum courier.

Weeks have passed since news hit the headlines that the ODPP was lining up arrests in which the MD and senior management were set for arrests but that has just remained that. Touching on procurement where tenders were bloated amongst other suspicious deals, DCI is reported to have concluded investigations and forwarded files to the DPP for prosecution.

We’ve also learnt that the MD was rescued from arrest on the first instance after he was summoned to the DCI for questioning on the procurement scams and it took intervention from a Jubilee executive who drove personally to Kiambu where Sang was being detained and secured his release.

Kenyans have been wondering what’s holding back the ODPP from prosecuting the rampant corruption cases at KPC, we’re informed of high scale lobbying to kill some of the cases from going live to save faces.

Kenya Insights has learnt of a new scandal coming at a time when the DCI has summoned the MD, Chairman and other KPC officials over the Kisumu oil jet construction.

According to leaked investigative report in our hold, KPC is alleged to have collaborated with Supplycor Kenya Limited, an oil marketing company for Kenya Pipeline. The company had placed a Sh.1B losses to oil spillage which was acknowledged by the MD Sang who then wrote to CIC Insurance to claim compensation.

Suspicious with the huge claim, the DCI initiated an investigation into the spillage claims to ascertain  the truth. The report however, couldn’t ascertain and declared the claim made by Sang and Supplycor not be backed by facts.

In letters seen by Kenya Insights, Sang acknowledged loss of 11,646M3 totaling to Sh1B. Logistically, that amount of spillage is almost close to impossible and was exaggerated by KPC staff liasing with Supplycor to inflate and defraud the company and public of Sh.1B.

Secret investigations revealed that there was no physical signs of spillage going to show an elaborate plot to make up figures and post false claims. The DCI have been investigating the issue according to a letter dated accord accrording to a date 24th August 2018

It beats logic why the DCI has been slow to complete the investigations into a matter to open theft. Shillings 1B is a lot Money that in its loss would ideally send the DCI to turn tables and stones.

We Are asking the DCI why there’s been a punctured pace on such a major scandal ,we’re also concerned with the laxity shown by the board over the orchestrated theft. What we would expect is the board firing the MD and the staff members implicated in this scam, However it seems the board is either too scared or compromised and also would be the DCI given the slow pace of investigations .

In our subsequent series of this scam we will reveal in details how the  Supplycor liaised with KPC mangement to steal 1 Billion shillings. Meanwhile ,we expect the DCI to swing into action and arrest the people named in the scam.