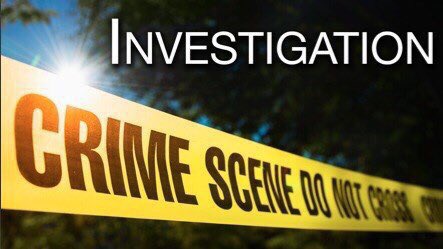 Yester evening, Kenya’s anti-cyber crime unit of the DCI reported that they have apprehended one Robert Mwaura Mwita, an M Pesa fraudster after an associate operation.

According to the DCI, Mwaura and his web of crime cartels, swindle and defraud unsuspecting Kenyans to send money via Safaricom’s MPesa. Mwaura’s crime-web has an accomplices in the guards that work at the various ATM lobbies in Thinka Town.

Mwaura was arrested together with Radar Security Guards Sternely Nyakundi and Robert Simiyu Masinde. They are are currently at Thika West D/CCIO’s Cells.

Mr. Robert Mwaura Mwita- a suspect linked to various cases of MPESA FRAUD in which members of the public have been defrauded MILLIONS of shillings was arrested yesterday by @DCI_Kenya Detectives after an assiduous operation. The suspect has been working in cahoot with…. pic.twitter.com/ygAyUG49XA

…security guards manning various ATMs whom he had recruited to withdraw money after sending them withdrawal secret codes. Upon withdrawing the money conned from unsuspecting members of the public, the said guards have been taking their agreed upon portion & sending the rest…. pic.twitter.com/WC0ZO2rlzT

..to Mwaura, the prime suspect. @DCI_Kenya Detectives- through intelligence- were able to NAB one of the suspects’ in the act (as shown in the videos)& later the prime suspect. Further investigations showed that the two guards; Stanley Nyakundi & Godfrey Masinde Simiyu…. pic.twitter.com/m2dhwPESx6

…had in the month of September alone, sent over Ksh. 2.2 Million to the prime suspect(Robert Mwaura Mwita). The suspects are in lawful custody and will be arraigned on Tuesday to answer to appropriate charges.

Last month, An internal controband mob-up at Kamiti Maximum Prison, what is believed to be the headquarter of cyber-related crimes and the masterminds of “nitumie kwa hii number, ile ingine iko na shida ya mpesa” erupted chaos in the institution. Kenyan Inights highlighted the story and revealed confession of Kenya’s richest yet imprisoned folks and their web.

Related Content:  DCI Goes After Second-hand Laptops, Phones Dealers And Buyers
Kenya Insights allows guest blogging, if you want to be published on Kenya’s most authoritative and accurate blog, have an expose, news TIPS, story angles, human interest stories, drop us an email on tips.kenyainsights@gmail.com or via Telegram
Related Topics:ConmanDCIMpesaRobert MwauraSafaricomThika
Up Next