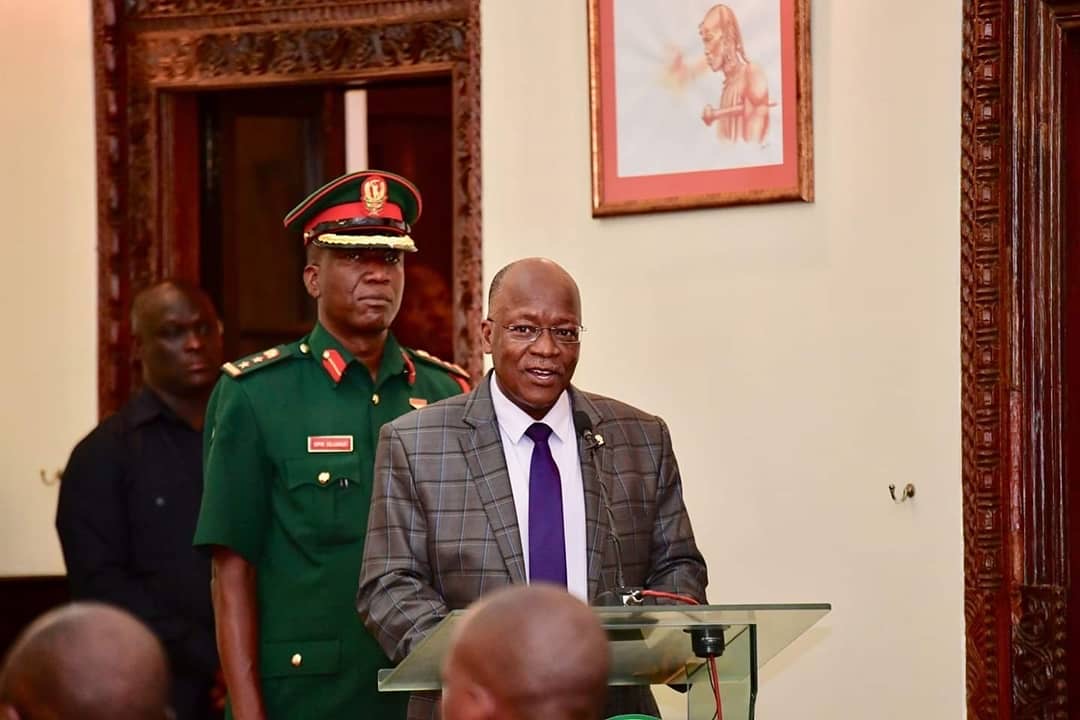 The past few days has been marred with rumors on the state of the health of Magufuli. While there was no official communication, gossip windmills had it that the president Magufuli was yesterday evacuated to Germany for specialized treatment after reportedly suffering a heart attack.

Magufuli is said to have fallen ill near the Indian Ocean coastal town of Lindi in Southeastern Tanzania, 450 kilometers from the major commercial capital, Dar es Salaam.

The presidents’ health is always considered a top secret in Africa to avoid speculation and unnecessary panic. 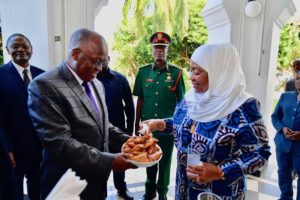 Magufuli serving his guests in Statehouse.

It is said the heart attack occurred while Magufuli was being chauffeured for a political rally in  Lindi ahead of next year’s general elections.

A helicopter was reportedly ordered from the military to move the president to the capital from where he was evacuated to Europe.

Magufuli has since won praise across Africa for his tough stance against corruption and breathing new life into mega infrastructural projects in Tanzania.

While the grapevine continued to take toll, Magufuli resurfaced during an official function in statehouse swearing in parastatal officials in a move that has dispelled the health rumors.

Standing on his feet, the president went through normal duties in his custom style. However, from the videos, he doesn’t seem all well but time will tell. We wish him good health.

Kenya Insights allows guest blogging, if you want to be published on Kenya’s most authoritative and accurate blog, have an expose, news, story angles, human interest stories, drop us an email on tips.kenyainsights@gmail.com or via Telegram
Related Content:  Billionaire Humphrey Kariuki Says He’s Confident He’ll Prove Innocence Blames His Haters For His Predicaments
Related Topics:
Up Next