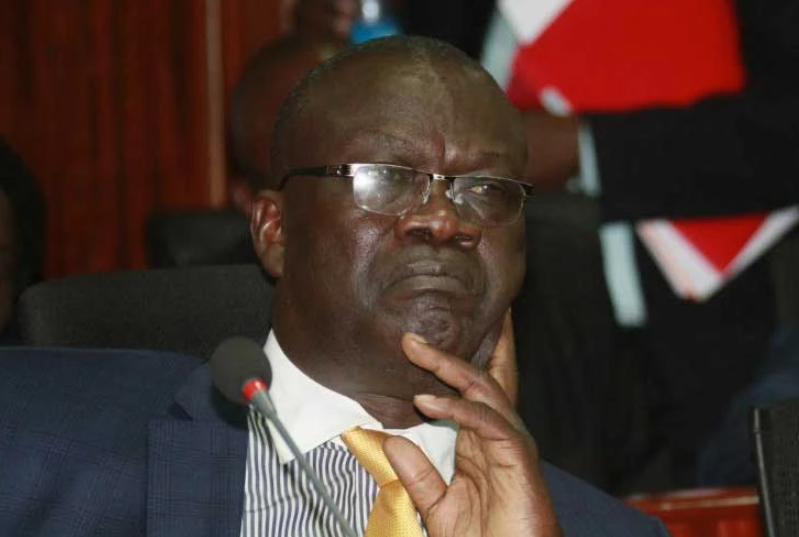 Former Siaya governor Cornel Rasanga is facing possible arrest over alleged corruption according to reports that are emerging from the local media. Rasanga who served as the county’s governor for 10 years is being accused of having been engaged in a string of corruption deals during his tenure.

It’s reported that detectives drawn from the EACC have been on his trail for long and are closing in on his arrest.

Being of the closest allies of the ODM leader Raila Odinga, Rasanga never at a point stopped to brag about his closeness to the opposition leader and during the handshake period when corruption allegations were labeled against him, he told the critics off exuding confidence that he was untouchable.

Siaya County is one of the least developed counties in the region and this is attributed to grand corruption that marred the Rasanga’s regime. Previously, it was reported that the county had lost Sh2.8 billion to corruption since 2013, a senior Ethics and Anti-Corruption Commission (EACC) official said.

The commission’s Western Kenya regional deputy head, Danstan Aura, described the state of corruption in the county as worrying, saying 313 corruption cases have been reported to the commission since 2013.

Rasanga with his ousted chief officers.

More allegations being brought up includes the involvement of Eng. James Onyango who was the Chief Officer Public works, Energy, Roads and Transport for the retired governor. He’s suspected to have been the silent dealer who brokered deals for Rasanga.

Eng. Onyango who happens to be a relative to the former governor, is said to have been entrusted by Rasanga to the lucrative docket to help in cutting dubious deals.

Rasanga is said to have been one of the key financiers of Raila in his unsuccessful presidential campaign.

According to a gazette notice by EACC, ODPP had approved charges against Rasanga for his involvement in embezzlement of funds. However, this disappeared silently as at the time handshake was in motion and being Raila’s close ally, he survived the arrest. 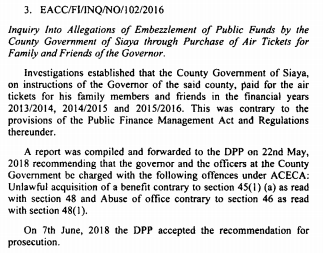 In September this year, EACC had launched investigations into the Sh400 million corruption scandal by Siaya County government officials.

According to a statement, the anti–graft body stated that the county officials illegally siphoned county funds within 12 days after the August general election.

The EACC further noted that the officials defied Governor James Orengo’s impediment on payment of allowances and pending bills and instead went ahead to wire the public funds to their accounts.

The anti – graft body further stated that officials in the finance department received 6 payments in the period between August 31 and September 6, 2022.

In a separate case, EACC further points out that Sh112 million was channeled from the county executive bank account to clerks of various county assembly committees, with the clerks receiving up to five payments in one day.

With Raila now not in power, Rasanga together with his partner Eng. Onyango and the rest of Murray officials, lacks the immunity once enjoyed and unlikely to escape the EACC dragnet.