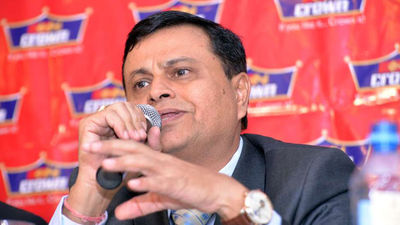 Crown Paints, the Nairobi Securities Exchange-listed firm has run into trouble with the Kenyan authorities according to a report by Competition Authority of Kenya (CAK) that has faulted four paints manufacturing companies of unethical marketing including price fixing in what has been described as cartel like tendencies.

According to the report tabled by CAK in parliament, Crown Paints which is the only listed paint maker in Kenya — Basco Products Limited, Kansai Plascon and Galaxy Paints were found guilty of price fixing and determining discounts for consumers.

Crown Paints flagship Dura Coat brand includes paint products for interior and exterior finishes and its collusion with the three fuel fears that consumers have been buying paints at inflated prices.

The CAK says that the four breached Section 31 of the Competitions Act on restrictive trade practices that bar companies from colluding to determine product prices, setting minimum prices and determining when and whom to offer discounts — acts that hurt consumers and competitors.

“The investigations with respect to the three other paint manufacturing and distributors were concluded in July 2019,” the CAK says in its latest annual report tabled before Parliament.

“The authority making preliminary findings that the parties were involved in anti-competitive agreements on price fixing, discount structure and transport charges.”

Besides exposing consumers, price-fixing locks out rival firms that do not agree to the collusive setting of prices.

Crown Paints is listed on the Nairobi bourse and is a major player in the local paints market with subsidiaries in Uganda and Tanzania.

The three contested the CAK’s ruling and appealed the decision at a tribunal in efforts to escape paying millions of shillings in fines.

Section 36 (c) of the Competition Act empowers the CAK to impose a financial penalty of up to 10 percent of the preceding year’s gross annual turnover in Kenya.

Basco Products Limited did not challenge the CAK’s ruling and paid a fine of Sh20.799 million.

The company then agreed to desist from similar breaches in the future.

The competition agency started investigating the four companies in July 2018 after receiving allegations of the cartel-like practices between the paint makers and undisclosed distributors.

The competition watchdog raided the premises of the paint makers and carted away computers in the investigations that were followed by written and oral submissions from the four companies.