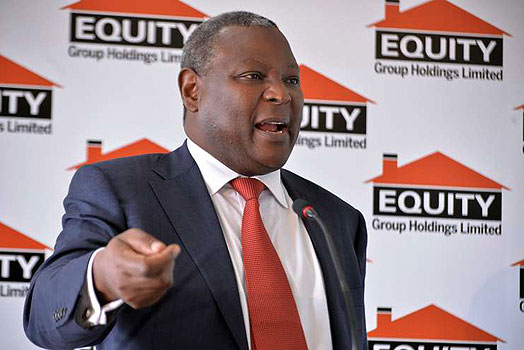 Kenyan Equity Bank is on the spot over corruption and bribery in South Sudan.

According to a report by United Nations’ Human Rights Council, a security printing firm De La Rue may have paid bribes to South Sudan officials through a Kenyan Equity Bank account, Lavington branch in Nairobi.

In the report, the council notes that the United Kingdom Serious Fraud Office announced the opening of an investigation regarding the De La Rue Group of companies and associated persons concerning their activity in South Sudan.

The investigation is believed to relate to a contract to design and print bank notes which was awarded to De La Rue PLC by the Government of South Sudan.

In 2016, the security printing firm transferred $1,400,384.08 USD (Sh155 million) to an Equity Bank account held in the name of a man called Emmanuel Makuach Ayuel, a consultant at Bank of South Sudan.

De La Rue has done business with South Sudan since the country was established in 2011, designing and printing the country’s banknotes. The company produces notes for countries worldwide and is also the biggest commercial printer of passports.

In order to determine the precise nature and extent to which these payments weretransacted, the Commission made a number of formal requests for information to De La Rue,  South Sudanese Ministry of Finance and Economic Planning, the Bank of South Sudan, Equity Bank and to Emmanuel.

According to the commission, Equity Bank subsequently engaged with the Commission and stated that it was considering the request for information.

“If these payments represented legitimate business transactions, they would have been expected to have been made into a business account – rather than into a personal account. Moreover, as Emmanuel Makuach Ayuel is apparently a consultant with the Bank of South Sudan, it would be expected that the Bank ofSouth Sudan itself make remuneration payments, rather than a third party,” stated the report.

Kenya Insights allows guest blogging, if you want to be published on Kenya’s most authoritative and accurate blog, have an expose, news TIPS, story angles, human interest stories, drop us an email on [email protected] or via Telegram
Related Topics:de la rueequity bankUnited Nations’ Human Rights Council(UNHRC)
Up Next