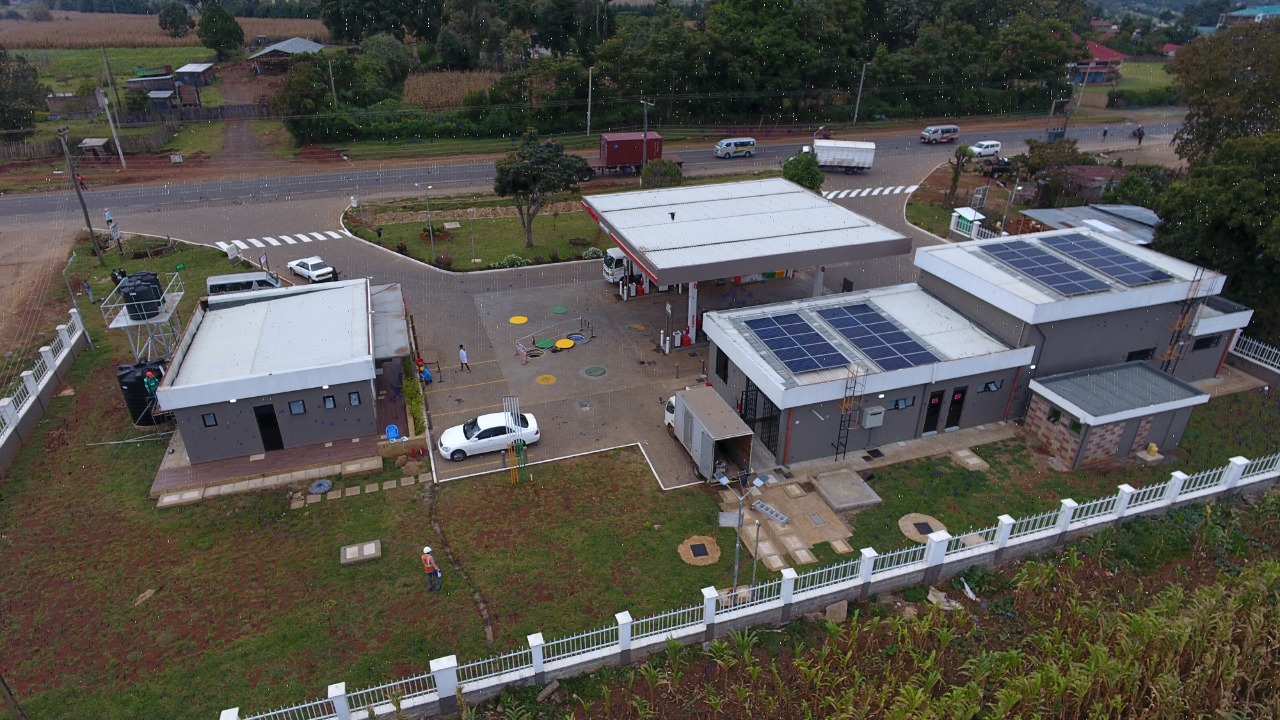 107 service stations have been solarized through installation of 3,390 solar panels with 41 stations planned in 2021.

Total Kenya has connected 107 of its service stations to solar energy, making it one of the biggest firms to significantly reduce its reliance on Kenya Power. The move comes at a time when solar is becoming a cheaper and more reliable bet.

The firm says it has installed some 3,390 solar panels and is planning to have an additional 41 stations migrate to solar energy by next year.

The firm says the move is part of efforts to align its operations with the United Nations’ Sustainable Development Goal number 7, which focuses on provision of sustainable, affordable, reliable and modern energy for all.

“Total remains committed to the global ambition to be CO2 emissions Net Zero by 2050. This is a step in the right direction as a broad energy major. And the solarisation of our network of stations is part of our contribution to this great objective,” the firm noted.

The energy dealer began this campaign towards the end of 2018, and for the past two years has been mounting solar panels on the rooftops of its buildings and convenience stores.

As the reliability of power from the national supplier KPLC continues to plummet even as the cost of power keeps on going up, many more individuals and businesses alike have been moving towards renewable sources of energy such as solar, which, despite the high installation costs, offer significant long-term benefits.

Consequently, over the past couple of years, the contribution of renewable energy sources to the power grid has been growing significantly.

Recent United Nations Department of Economics and Social Affairs statistics indicate modern renewable sources of energy accounted for about 60 per cent of all new power-generation capacity by the year 2014.

This, and the poor reliability of the KPLC grid, has been a major setback for the national energy supplier.

New concepts like net metering, a regulation that was approved by Parliament to allow customers connected to the KPLC power grid to be in possession of their own solar grids, and thus pay lower power bills, have not helped matters for the energy supplier.

Many more people are likely to install solar panels so that, if for instance your electricity bill is Sh1,000, and your solar connection has generated enough energy to push back Sh800 to the grid, then you only pay Sh200.

Advancement in technology and lowering of tariffs on solar energy by almost 80 per cent have seen more businesses and individuals switch to solar.

This has forced Kenya Power to go back to the drawing board. It is expected that the firm may put together a team of engineers to review the concept, before implementing it afresh.

“Kenya Power has realised 54 per cent of its top clients, mainly big industries and multi-nationals like Bidco and Two Rivers Mall, are switching to solar.

With these big corporates’ bills down by 50 per cent, Kenya Power has been left in a tricky position where the firm has had to review its regulations and policies such as the net metering arrangement,” said Mr Evans Magembe, an engineer with more than 15 years of experience in the energy sector.

Related Content:  Kenyans Distance Themselves From Sonko As International Media Picks Up His Hennessy Story

Mr Magembe says he foresees a scenario similar to what played out between Telkom Kenya, once the main communication entity for Kenya, and Safaricom.

He explains that if Kenya Power does not lower its electricity costs, or otherwise switch to cheaper sources of energy such as solar, then they will be kicked out of the game.

External Source.
Kenya Insights allows guest blogging, if you want to be published on Kenya’s most authoritative and accurate blog, have an expose, news TIPS, story angles, human interest stories, drop us an email on [email protected] or via Telegram
Related Topics:
Up Next