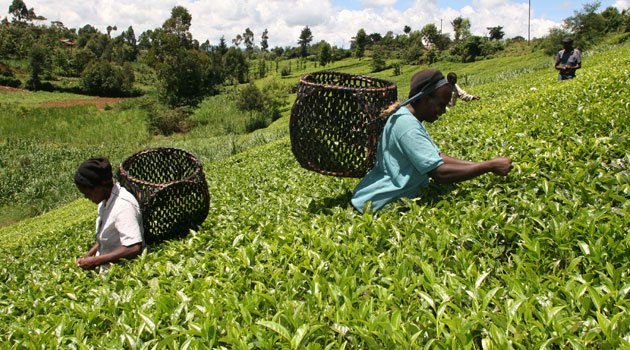 The National Assembly Tuesday night passed the much-awaited Tea Bill which will see the revival of Tea Board of Kenya and adoption of new regulations to govern the cartel-soaked sector.

Debate on the Bill, which passed the Second Reading Tuesday, was concluded at 11pm and will have to now go through the Third Reading where it is only scrutinised for clarity.

The Tea Bill, sponsored at the Senate by Kericho Senator Aaron Cheruiyot, was at the National Assembly for the final passing.

“We really thank God for the journey so far. This is huge,” wrote the Senator last night.

If the Bill is signed into law, tea brokers, buyers and auction organisers will have to ensure that the proceeds from the sale of tea is paid within 14 days and the factory will now pay 50 per cent of receipt of the sales to the farmers. This will mean that Kenya Tea Development Agency (KTDA), which has been holding a huge chunk of the proceeds for a year, will no longer have access to the tea billions since the money will now be controlled at the factory level. The balance of the money will be paid at the end of the financial year.

An earlier attempt this week to have management agents such as KTDA sit at the Tea Board was dropped and the crucial one-man-one-vote in the election of directors, which had been omitted, leading to uproar by farmers, was reinstated and passed.

The Tea Research Foundation, which used to carry our research on the sector, will also come back in the proposed law.

The law will also give the Cabinet secretary powers to prescribe regulations for the registration of management agents, such as KTDA, and the appeal process.

Management agents will no longer enter into an agreement with a tea factory without the approval of the agreement by the Tea Board. KTDA has previously been accused of taking powers of the factory boards and running the farmers’ companies by entering into opaque agreements.

In the KTDA agreements, the agent provides the factories with a company secretary and thus controls the election of the directors by disqualifying candidates through a pre-qualification process.

The CS will also have powers to prescribe regulations for the tea auction. At the moment, the sole tea action, East African Tea Trade Association, has taken CS Munya to court for prescribing regulations to govern the tea sector.

Farmers will now be able to monitor their tea through the value chain.

In the passed Bill, the auction organiser will establish an electronic trading platform that is accessible to all players in the value chain. This will remove the opaque practice where farmers hardly know how their produce is sold.

The Kenya Tea Sector Lobby group has hailed the passing of the Bill as “significant and a huge triumph to the tea farmers”.

“This is a big step towards making sure that we save the farmer from exploitation by cartels. We shall keep our eyes on the ball until the Bill is signed into law and then we embark on the crucial process of streamlining the value chain,” said Mr Irungu Nyakera, the Kenya Tea Sector Lobby chairman.

With the passing of the Bill, the National Assembly will now compile a report and send it to the Senate for approval and concurrence.  If there are disagreements, the Speakers will appoint a mediation committee which will report to both Houses and the Bill will then be sent to the President for signing.

How Uber Ruined The Lives Of Kenyan Drivers