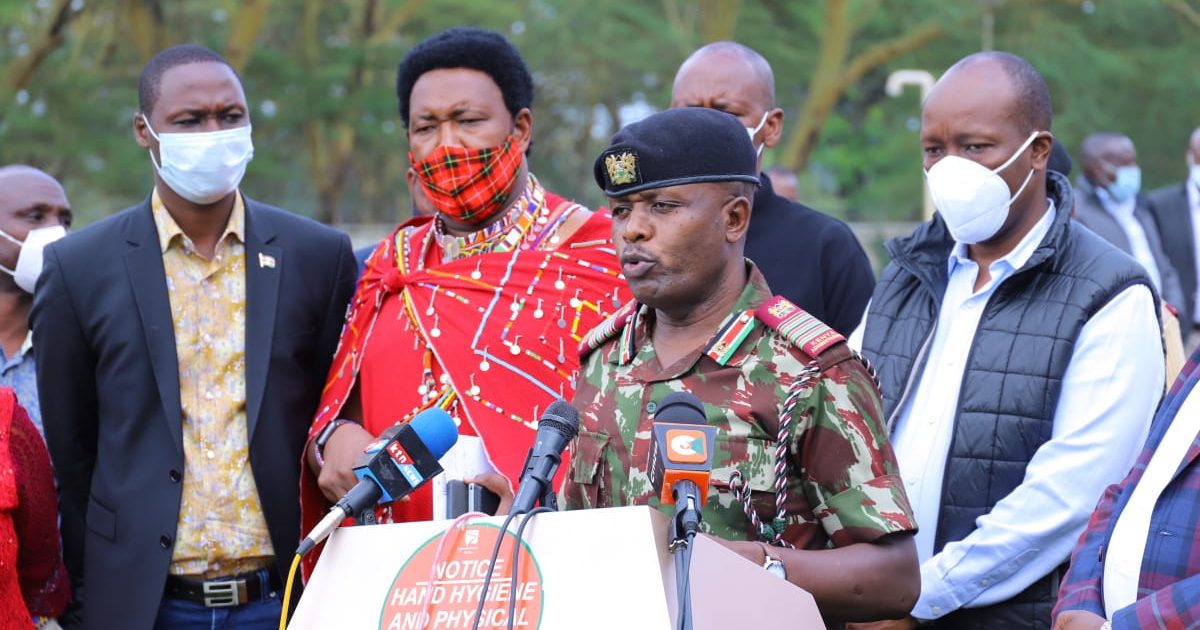 A host of leaders drawn from Narok, Nakuru and Kajiado counties have resolved to form a committee that will help oversee smooth traffic flow along the Maai Mahiu- Narok – Mulot road when livestock is hit by speeding vehicles.

Natembeya observed that the regular road blockage causes huge traffic snarl-up along the road that connects to the South western regions of the country as well as the Maasai Mara Game Reserve.

The RC confirmed that the leaders had signed a memorandum of understanding that the road will not be closed again on any grounds, as the committee put in place will come in immediately to resolve the disputes raised.

“We have agreed that the Maai Mahiu- Narok- Mulot road will never be closed again on any grounds because we will have a committee of local elders and security team who will come up with a quick solution,” said Natembeya.

At the same time, Natembeya said they have instructed Kenya National Highway Authority (KeNHA) to put proper signage on black spot areas and livestock crossing spots for motorists to be vigilant when approaching such areas.

“We have resolved to have a technical team from KeNHA who we will see the road is well leveled and that the signs are not too many to confuse the motorists,” he said.

The leaders also cautioned sand harvesters in the Suswa area along the highway so that they should have a controlled way of harvesting the sand to avoid interfering with the motorists.

“Those that will be allowed in sand harvesting sites are the land owners, those loading the lorries and known stakeholders. We will not allow idlers at the site because they are the ones who are used to block the road when something small arises,” observed Natembeya.

Three county commissioners from Narok, Nakuru and Kajiado and their security teams were also present in the daylong meeting.

Governor Tunai said the incidents of blocking the road have impacted negatively on the county’s economy as tourists moving to the Maasai Mara game reserve are forced to delay for hours, sometimes postponing flights.

Tunai said many patients have died as a result of road closure because ambulances ferrying them are forced to wait for hours hence delaying their treatment.

“Today we have come up with a decision that we will never allow the Maai Mahiu – Narok- Mulot road to be closed again on any basis,” said Tunai.

He said the three counties will cooperate to educate their residents on how to graze their livestock on the road reserve areas and how to push their livestock while crossing the road.

Governor Kinyanjui echoed their sentiments asking the residents to look for alternative ways of resolving their differences instead of blocking busy highways.

He called on the government through KeNHA to consider expanding the Maai Mahiu- Kandura road, along the escarpment to allow a smooth flow of traffic along the road.