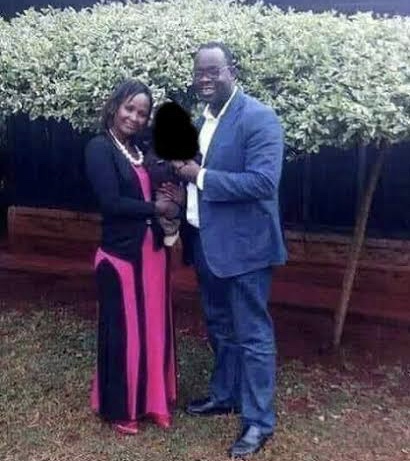 Ken with Anne and their son.

Known for being vocal, the Nairobi Governor Mike Sonko has opened up the lid on a secret life that the late Kibra MP had. Ken who passed away from colon cancer apparently had another family away from his known wife Monica.

While talking at Okoth’s memorial service in Moi Girls, Sonko revealed that Okoth had a son with a lady who happened to be from his Sonko Rescue team. Anne Muthoni has a son with Ken Okoth, Jayden Okoth.

Apparently, the two met during a medical camp in Kibra in 2013 that Sonko has organized with the MP.

Muthoni has now moved to court to stop the burial or the cremation of the MP as it had been scheduled for Saturday. Anne it seems want to be known as the second wife and that her son Jayden be recognized as the late’s biological father.

“Ken will not forgive me if I don’t save the situation. Ken fell in love with a nurse called Anita from Sonko rescue team. In 2017, he asked me to help him nominate his second wife to the county assembly and out of respect I did nominate her.” Sonko at Ken Okoth’s memorial service 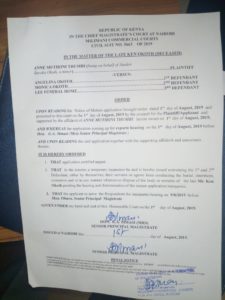 In an injunction, Okoth’s cremation scheduled for Saturday, has been stopped by the high court until the issue is determined.

Anne added that she only learnt of the internment plans in the media and accused the family of settling for a cremation to destroy the evidence of her son’s link to Okoth.

The mother of the Late Kibra MP, Ken Okoth, says her son did not sire a child with any woman.

“Ken did not sire any child. I know many women will come out to claim they have at least a child with Ken,” Angeline Ajwang Ongere said.

Ms Ongere also said she is opposed to the idea of her son being cremated. Anne is a nominated MCA in Nairobi. Okoth has left in his will to be cremated.