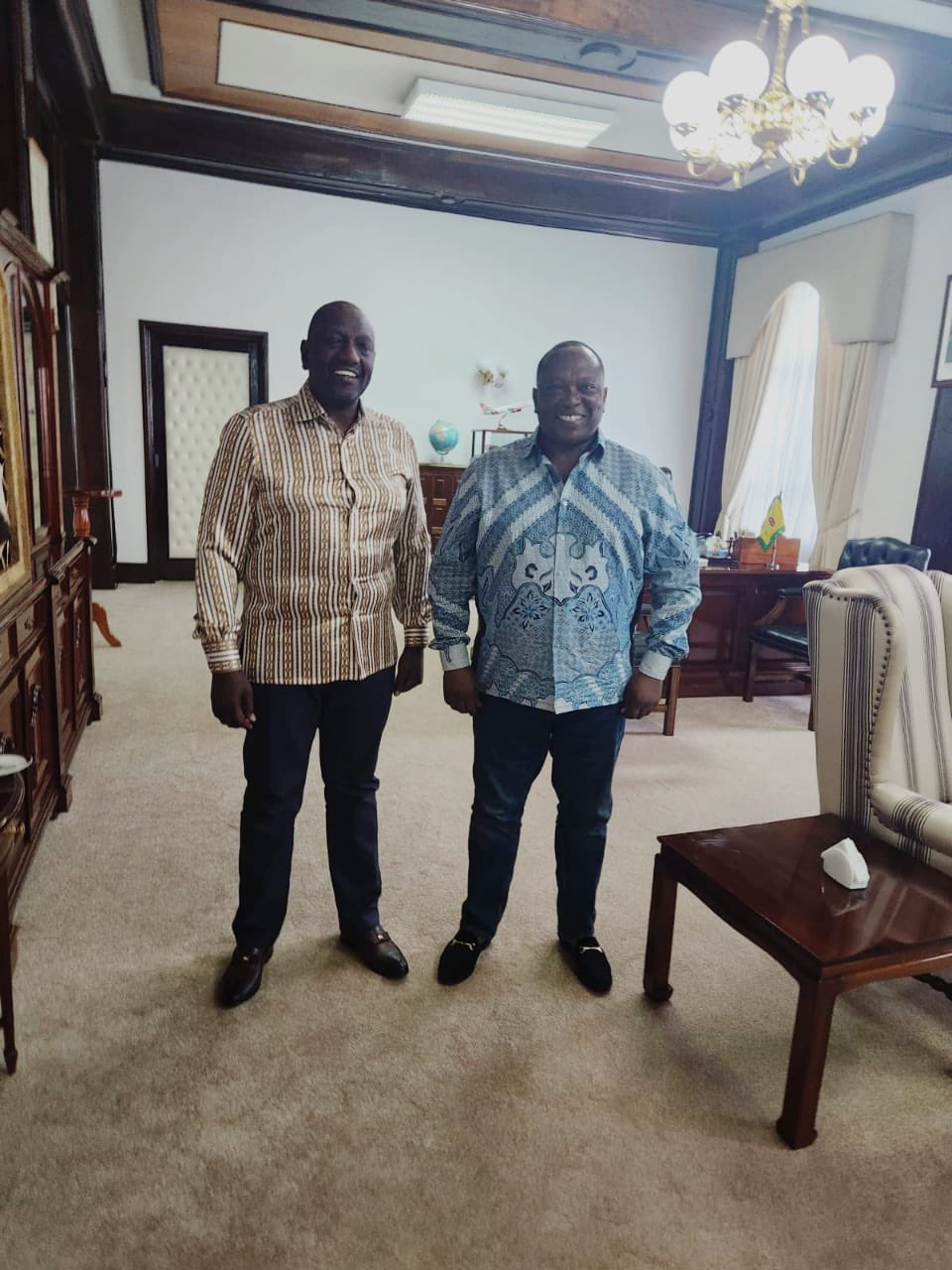 Richard Ngatia, the embattled Kenya National Chamber of Commerce and Industry (KNCCI) boss is a man on the edge trying to make up with President William Ruto following the Azimio loss in the last election.

Ngatia had vied for the Nairobi governorship a position that he was kicked out of during the nominations. He was forced to give up his position for Polycarp Igathe who was the Azimio’s candidate and was trounced by UDA’s Johnson Sakaja.

Ngatia was one of the businessmen who championed for the Jubilee government during the 2013 election and contributed immensely to the Uhuru/Ruto duo. As fate would have it, Ngatia fell out with Ruto and sided with Uhuru who led the better part of the second term.

Ngatia benefited from Uhuru’s government and bagged mega deals largely in the healthcare sector. He’s one of the benefactors of the controversial Kemsa scandal that saw taxpayers lose billions in the Covid 19 pandemic.

According to those in the know, the besieged KNCCI boss has been making frantic calls for a meeting with the president wuth the sim of mending their relationship and was lucky enough to have secured an appointment recently in the guise of discussing business under his led KNCCI body.

Ruto has vowed to go after the Covid millionaires in which Ngatia is implicated.

Mount Kenya tycoons openly endorsed Azimio’s Raila Odinga and the president didn’t mince his words in criticizing their stand and it is understood that he vowed to go after them.

Smelling the rat, Ngatia has been trying to isolate himself from the region’s businessmen in a bid to convince Ruto that he is not one of them.

Related Content:  ‪Court Rules That A Spouse Is Not Automatically Entitled To Half Of The Marital Property On Divorce Unless There Is Proof Of Contribution‬

There are fake theories being peddled in this case including the narrative that Ngatia supported UDA’s Sakaja after being bundled out of the race. In reality, he fully endorsed Igathe and the desperate too late claims are to please the president and his handlers in a bid to protect his business interests.

Another lie being touted is that Ruto had reached out to Ngatia to vie for the governorship under UDA, the truth is far given that the businessman had minimal influence a reason why he was replaced by Igathe.

Ruto in his anti-corruption campaign, has reiterated that he’ll go for those who swindled public funds regardless of the relationship he holds with them. For Ngatia who heavily campaigned against Ruto, it’s only a matter of time to see how the president will handle the Kemsa scandal and the Afya House cartels.