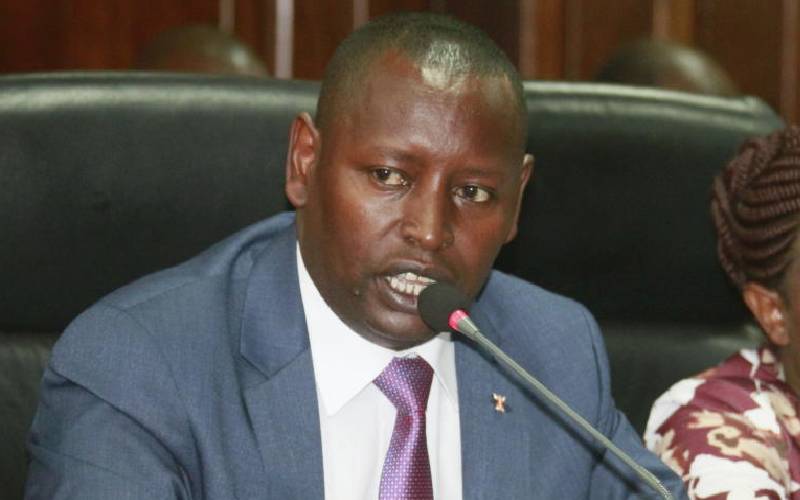 EACC wants to take the war on corruption a notch hire as they file court applications to allow the state to take over the ownership of  Samburu Governor Moses Lenolkulal’s four properties in Nairobi’s Karen Estate and Sh14.6 million in his KCB account.

In May this year, Lenokulal was implicated in corruption and unlawful acquisition of public property, and the court, later on, froze the transfer of the multi-million shilling property and Sh14.6 billion in a KCB account. And last week, EACC disclosed to the court that it had filed an application for forfeiture of the properties.

Diana Kenduiwa, the EACC lead lawyer said that the agency has concluded its investigation of Mr. Lenolkulal and Oryx Service Station, a company associated with the governor. Oryx is said to be the main unprocedural supplier of fuel to the Samburu county government.

According to the EACC investigations, Lenolkulal’s properties were purchased using public funds swindled from the Samburu County government funds.

High Court judge Charles Kariuki last week certified as urgent an EACC petition in which the anti-graft agency sought to extend the freeze order on the governor’s Karen properties and two bank accounts. The commission argued that the governor was likely to dispose of, lease or develop the parcels.

EACC Lawyer Ms. Kenduiwa said that the application for forfeiture of the property and the money being held at KCB was pending before the High Court.

According to EACC, they have conducted thorough investigations into allegations of corruption and economic crimes, and conflict of interest involving contractors and officials of Samburu county government revealing that over Sh1.6 billion was embezzled between January 1, 2013, and December 31, 2018.

EACC told the court that the Governor and other implicated officials have been trading with their companies or in collusion with private companies. The officials also reportedly engaged in a fraudulent scheme to embezzle funds through inflated or fictitious procurement of contracts.

Oryx Service Station, for instance, is said to have been supplying fuel to the county government between 2014 and 2019. It is alleged that Mr. Lenolkulal and the company received in excess of Sh80.7 million for provision of petrol and diesel.

Kenya Insights allows guest blogging, if you want to be published on Kenya’s most authoritative and accurate blog, have an expose, news TIPS, story angles, human interest stories, drop us an email on [email protected] or via Telegram
Related Topics:EACCMoses LenolkulalSamburu County
Up Next

Your Money Is Not Safe With Equity Bank

How A Pastor, Widow And Chief Attempted To Defraud An Insurance Company Of Sh8 Million