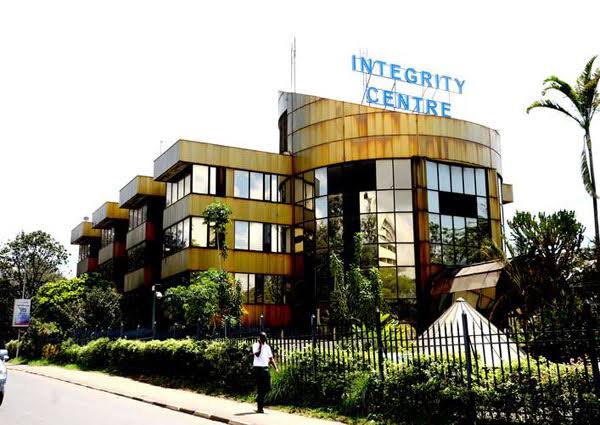 What made the Anglo Leasing scandal so extraordinary in the Kenyan history? First, it involved 18 separate contracts entered into by the government (13 under Moi’s regime and 5 under Kibaki’s regime). The contracts generally dealt with government procurement in the security sector, and took the form of lease finance and suppliers’ credit agreements.

Supplier credit agreements are particularly accommodating of countries working towards increased development, such as Kenya. Most of these contracts involved either highly inflated prices or undelivered goods by ghost suppliers after payment.

Second, at the top level alone, it involved a crowd of at least twenty people, cutting across the private and public sector. Businessmen and government officials at different levels were associated with the scandal in different degrees.

The ghost of Anglo Leasing and Finance Limited

Githongo began the account by addressing a contract between the Kenyan government and ALFL, a supposed British-incorporated company with offices in the city of Liverpool. The engagement had started in the year 2000, when the Department of Immigration within the Ministry of Home Affairs (that fell under the Office of the Vice President) was contracting a new passport issuing system that would produce tamper-proof passports to eliminate fraud, forgery and inefficiencies tender for supplier companies to submit bids was issued. One company was selected for meeting the required specifications of the tender. However, as the Ministry’s budget for the 2000/2001 financial year did not cover the proposed contractual costs, no agreement was reached with the successful company.

In 2002/2003, the tender process was opened again and none of the bids were considered successful. After the second process, the Ministry expanded the range of immigration service solutions, and went beyond just tamper-proof passports.

In August 2003, the Permanent Secretary in the Vice-President’s Office received an unsolicited proposal from a company for the supply and installation of an “Immigration Security and Document Control System, (ISDCS)”. The company offered a credit facility of 2.67 billion Kenyan shillings repaid at an interest of 5 percent over a period of 62 months to ease funding. That company had inside information. They had what the government needed, and they also knew that funding challenges had halted previous tenders. That company was Anglo Leasing (ALFL).

It is evident that Githongo and the Public Accounts Committee (PAC) appointed to investigate the Anglo Leasing scandal felt that it was too much of a coincidence that the ALFL had such specific knowledge of the Ministry’s challenges and needs.

The fact that this proposal was not immediately dismissed—or at least flagged—for its suspiciously detailed insight into the Ministry’s needs and challenges points at collusion in the contracting process. Despite this, the Immigration Department awarded ALFL the ISDCS contract in December 2003.

The public was first made aware of the scandal through documents tabled by Maoka Maore, former MP for Ntonyiri, in April 2004. The documents showed that 91 million Kenyan Shillings (3 percent of the 2.67 billion shillings total amount due) was paid as a commitment fee for the ISCDS project.

In his dossier, Githongo reveals that in total, about $ 4.7 million was paid for Anglo Leasing’s ISDCS project.

The creators and contractors of the Anglo Leasing scandal

The information about ALFL that Githongo received from several sources suggested that the company was in fact non-existent. He confirmed this when he took a trip to the United Kingdom.

Githongo established that the company was connected to notorious Kenyan businessmen.  Not by chance, these companies had won most large contracts to supply goods and services to the security and defence sectors at highly inflated prices.

At the request of Githongo, the KACC and Controller and Auditor-General listed their main suspects within government and President Kibaki authorised their suspension.

Suddenly, on 14 May 2004, Anglo Leasing and Finance Ltd refunded the Kenyan government 95 million Kenyan shillings from a Swiss bank for the immigration services.

The ‘refund’ issued by Anglo Leasing was as a blessing to some government officials. It was the leverage they needed to try to stop investigations into the scandal. Politicians also asked Githongo to go easy and prevent a bigger mess. By this time, Githongo’s head had a price.

It came to Githongo’s attention that ALFL had another contract for USD 40 million to build the C.I.D Forensic Science Laboratories. Under this supplier credit agreement, USD 5 million was paid for no work done.

In this case, ALFL had a different address than the one given in the immigration services contract, supporting the suspicion that ALFL was a phantom firm. Further, the 2004/2005 budget allocated over KSh 450 million to Anglo Leasing.

Whether the president was aware of the Forensic Science Labs contract is uncertain. When Githongo furnished him with a copy of the Forensic Laboratories contract, Kibaki ordered that all payments be halted and that the people behind Anglo Leasing be unveiled.

The Ministry of Finance’s 2007 request for a forensic audit and valuation of the contracts was done by PWC. The contracts were categorised as: cancelled contracts; fully paid contracts and partly completed contracts.

The cancelled contracts were those where some sort of ‘refund’ was paid as compensation to have them closed and buried. ALFL paid back Ksh. 370 million for the Forensic Science Laboratories for the C.I.D. and 95 million Kenyan Shillings for the ISDCS; Infotalent and Silverson Establishment, also reimbursed the Kenyan government. In the end, over Ksh. 1 billion was recovered from the scandal.

The Vice President himself was not held accountable for the botched contracts even though the immigration services contract originated in his office. Other contracts dealt with the National Security Intelligence Service; the National Anti-Terrorism Centre, Kenya Prisons, the Police Airwing and the Administration Police.

The Ethics and Anti-Corruption Commission (EACC) has been given the green light to review the unfulfilled contracts between the government and foreign firms associated with billionaires Deepak and Rashmi Kamani, which saw Kenyans lose billions of shillings in the Anglo-Leasing scandal.

The Court of Appeal has overturned a 2008 decision by Justice Joseph Nyamu, which barred government from hiring audit firm PriceWaterhouseCoopers (PwC) to probe the contracts between the Treasury and two firms, Midland Finance & Securities and Globetel Inc, which saw billions of shillings  paid but no security equipment delivered.

A five-judge bench has now ruled that Justice Nyamu’s decision had far-reaching findings against the government, which were not supported by strong evidence.

The appellate judges added that the orders of the then High Court judge were final in nature and even if the parties were to proceed to arbitration, the government was already adjudged the wrong party.

Justice Nyamu barred the Ministry of Finance from hiring PwC to investigate whether the government got value for money in the 18 Anglo Leasing security-related contracts.

PwC was to audit the procurement of a supplies contract between the government and Midland Finance & Securities Ltd and Globetel Inc signed in May 2003.

The companies were to install nationwide dedicated digital multi-channel security systems telecommunication network for the Administration Police and the Provincial Administration known as “Project Nexus”.

A legal opinion by Attorney-General Amos Wako said that all pre-contract authorisations had been obtained, and that the contract was lawful.

The report later found that the government had paid for unfulfilled contracts, or paid up to five times more than the market price.

PwC was to establish whether there had been pricing, finance and other irregularities, and whether the government got value for money.

But the two firms moved to court, arguing that it would be used against them, yet the AG had sanctioned the contracts. Justice Nyamu agreed and stopped the government from investigating the contracts.

Justices Martha Koome, Hannah Okwengu, Asike Makhandia, Daniel Musinga and Sankale ole Kantai noted that PwC was required to find out whether there was value for money for goods and services and whether there were irregularities that could lead to civil or criminal actions.

The judges said no criminal charges were preferred against the two companies, and their case was based on the fear of what would happen, or was likely to happen.

“We further agree with the submissions by counsel for the appellant that the said provisions cannot be construed to oust criminal jurisdiction, which is independent, especially for acts that occur post the supply contracts. We, therefore, find the apprehension that the 1st and 2nd respondents’ rights were about to be violated was rather premature and not ripe for litigation,” they said.

Kenyans remain hopeful to see these public coffers tried, charged and convicted and assets recovered even though Justice delayed is justice denied.