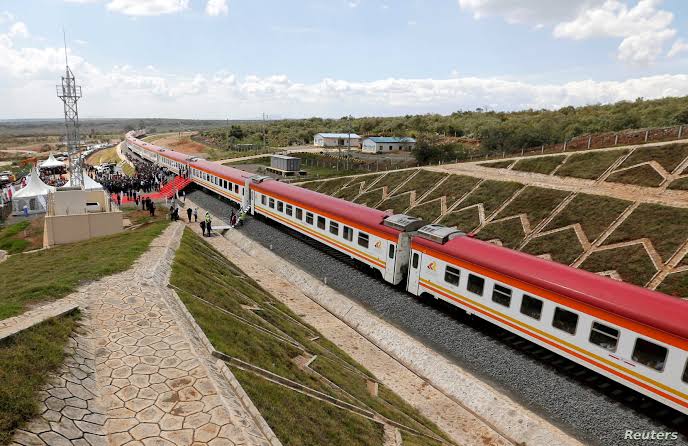 Africa Star Railway Operation Company which is majorly owned by China Road and Bridge Corporation (CRBC) was contracted in May 2017 to run the passenger and cargo trains on the SGR. Africa Star manages the ticketing system, landing and offloading of cargo and collection of passenger fares, including non-cash revenues including M-Pesa.

In its report on the 2020/21 Budget, the committee chaired by Kikuyu Member of Parliament Kimani Ichung’wa said that failure to pay the money could see the company pull out of the daily operations, a move that could ground the passenger and cargo trains.

Kenya Railways, the infrastructure owner, however said that it had not received any protest letter from Africa Star, adding that it has also not seen any communication from Parliament over the matter.

Kenya railways have always disputed the pending bills claim ever since.

Under the contract between Kenya Railways and Africa Star, the operator has the right to manage the ticketing system and any associated software and hardware.

Africa Star can only foot repair bills of less than Sh100,000 under the contract that requires Kenya Railways to pay the maintenance fees. Further, the operator cannot be held responsible for any legal claims from third parties involving damage to property, death, illness or personal injury.

The Sh38 billion in pending bills add to the Sh420 billion that Kenya borrowed to build the modern line from Mombasa to Nairobi and purchase of engines and coaches. They also pile the woes facing the Madaraka Express amid struggles to meet revenue targets through the passenger and cargo trains, which fell by eight percent in the four months to April from similar period last year.

Data from the Kenya National Bureau of Statistics shows that the SGR cargo and passenger trains generated Sh3.92 billion in the four months to April, from Sh4.27 billion in a similar period last year.

The data shows that cargo revenues fell to Sh3.57 billion in the period under review from Sh3.72 billion while the passenger trains raised Sh354. 9 million in the four months to April from Sh548 million last year.

The decision that was meant to shore up revenue collections by the SGR, however, led to job losses for truckers, which culminated in numerous protests.

Operation costs of the SGR are estimated at Sh12 billion a year and the underperformance in revenues prompted the directive on cargo transport from the Port of Mombasa to Nairobi and beyond.

Transport and Infrastructure Secretary James Macharia has severally defended the cargo transport directive, saying it was meant to improve efficiency at the port in line with international requirements.

Kenya Railways also increased passenger fares from Sh700 to Sh1,000 for first class travellers in 2018 in an effort to shore up the trains’ revenues. This was followed by scrapping of the subsidy offered to children between the ages of three and 11 that had been in place since May 2017.

Kenya will start upgrading the old ‘metre gauge railway (MGR) line from Naivasha to Malaba next month at an initial cost of Sh3.5 billion. The line will be linked to the SGR line at Naivasha. The upgrade that is set to be completed in 12 months is part of the government’s plans to move cargo destined to Uganda and the neighbouring countries from the Port of Mombasa.