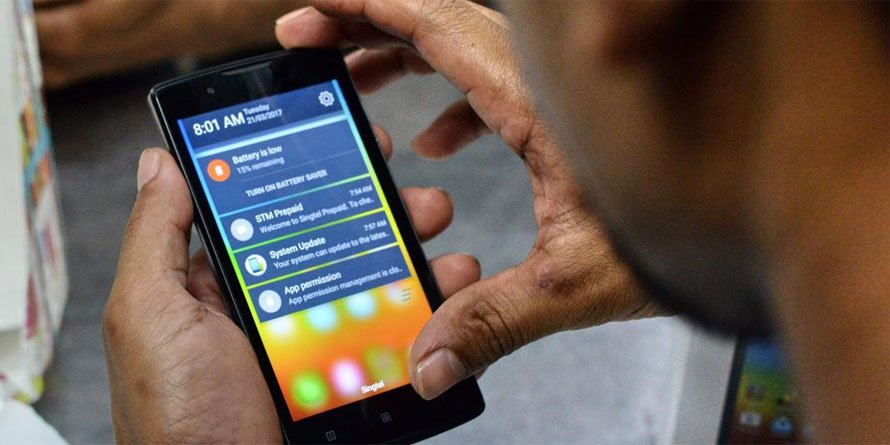 Kenya has a deep penetration of mobile money usage with a big part of population using mobile devices in transactions. A recent study showed that between March and August alone, over Sh500Bn had been transacted through various mobile money platforms.

The trend has also seen the emergence and growth of digital micro lenders. Many Kenyans have resorted to using these mobile loan applications and eventually ran into more problems than they burgeoned for.

Digital loans represent just under 9 percent of the total observed market for loans by value and are the third largest source of credit by value after non-digital commercial bank loans and loans from SACCOs/MFIs.

Dozens of unregulated microlenders — many backed by Silicon Valley Venture capital firms — have invaded Kenya’s credit market in response to the growth in demand for quick loans.

Their proliferation has saddled borrowers with high interest rates, which rise up to 520 per cent when annualised, leading to mounting defaults and an ever-ballooning number of defaulters who have been adversely listed with credit reference bureaus (CRBs).

The lenders have been accused of operating unlawfully but with no strict regulations in the system, their terrorism on naive customers have persisted.

Over 400,000 Kenyans with negative listing in the Credit Reference Bureau (CRB) only owe lenders less than KSh 200, latest data has shown.

This is according to a survey conducted by Transunion that also brings to the fore that the dreaded CRB has over 2.7 million people who have been blacklisted as loan defaulters.

Other studies show that 16.6 per cent of digital borrowers take up one loan to pay another, ensnaring them in a vicious cycle. Further, digital borrowers asking for low amounts (such as Sh200) incur high costs to the point where when paying the principal and interest, they are likely in a worse off position than they were before the loan Just to illustrate the levels of exploitation in this case.

Technology is efficient but ruthless, while Banks wear “thinking” cap when dealing with genuine defaults and be lenient when caused by “act of God”, looking at options of restructuring to make repayment viable! Digital lenders have been high on their galloping horse in the name of self-regulation, squeezing the financial life out of middle and low-income earners in the country and punishing them severely for contravening with their terms and conditions.

According to investigations done by UK’s Financial Times, Branch International, one of the biggest digital micro lenders in Kenya and with other offices in India, Mexico, Nigeria and Tanzania, has been flagged as those engaging in unethical debt collection strategies that had caused more harm than good. There have been instances of suicide.

The aggressive nature with which online lending firms deploy to collect what they advanced has become so alarming that no less than the CBK wants new laws to stop cyber shaming by these cloud-based facilities.

It is death by suicide that jolted Kenya’s top financial regulator and sparked one of the most compelling moral conundrums for the fintech-fuelled digital lending craze in the country.

The shocking revelation by the Central Bank of Kenya (CBK) in February this year that a middle-aged man took his life after failing to withstand harassment and public shaming by an unnamed digital lending application, ignited debate on the radical evolution of the many platforms that disburse loans via mobile phones.

“In November last year, a lady came to the Central Bank to explain to us that her husband had committed suicide after getting involved with one of these lenders,” she said.

“What this lender did is that when her husband was unable to pay the debt through the contact list of her husband, [the lender] started sending messages to all of them, including his mother, his grandmother and his aunt,” she said.

CBK Deputy Governor Sheila M’Mbijjewe revealed the incident, which was reported to the regulator by the distressed family of the victim.

More Kenyans have come out publicly to tell of their harrowing experiences in the hands of digital lenders.

Many have likened the apps to modern day loan sharks, which can wreck people’s lives in case of default.

Loan sharks are criminals who charge extortionist interest rates and use callous methods to force people to pay the money back.

Those who have come forward said people behind the lending app repeatedly called or sent text messages to their contact list including employers, business partners, spouses, relatives and friends about their inability to return the money, causing them embarrassment and emotional stress.

Once those have been submitted, the online loan application can proceed.

If a borrower fails to pay on time, all of his or her phone contacts receive a collection text message or call stating the borrower’s full name and outstanding balance, affected borrowers said. 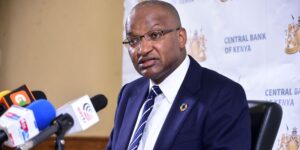 And this is what Financial Times revealed about the Branch, in an instance, a lady working at a salon in Kawangware and owes Branch Sh2,000 received a call from a debt collection agent which came with threats of blacklisting her on CRB should she fail to pay by the end of the day. A few moments later, the same agent called her boyfriend informing him to remind his girlfriend to pay the debt she owes them.

This is a classic show that the app having accessed your personal data and studied your social circle, can pick contacts at will and apart from bombarding your close relations with debt shaming calls, who knows what else a rogue agent can do with once personal details at their own disposal? The thought of all the possibilities is cringing.

While Branch insist that they don’t engage aggressive tactics in loan recoveries, victims of uncouth, rough behaviors says otherwise, talking to Financial Times, Victor Anzel, 29, talks of his experience with Skywave, a debt collection agency contracted by Branch, the mechanic gives a glimpse of his encounter with the no nonsense debt collectors.

“They said: ‘We will come, we will come and get you, no matter how far you are and how hidden you think you are’,” said Anzel.

“We will come and auction your stuff, we will track you through your boss, we have your details,” the Skywave agents said, according to Mr Anzel in the interview. He owed them Sh20,000 and the extreme levels they were going to debt shame him was beyond ordinary.

A former employee of Nimble Group Kenya, another debt collection agency used by Branch, they get to do whatever they can do with the personal data of borrowers including their family’s, friends and co-workers. With the data they easily retrieve from the apps, they don’t hesitate to debt shame.

“If I have a phone number that has borrowed [from] Branch, Tala and Opesa, the [debt agency’s] system has three accounts linked to the same phone or ID number,” the former Nimble employee told FT. “Collection is challenging, so sometimes, because you really want the commission, you have to figure out a way to get a customer to pay.”

Whole Branch stamps on denial, their debt collectors are doing the extreme to make the work done and maybe that’s why they’re not bothered much as long as they have their money back.

Branch is able to track down family members, since borrowers are often registered on several apps, enabling agents to retrieve contact information from lenders that did share borrowers’ address books.

It is also revealed in the report that Branch can’t play naive as they’re fully aware of the aggressive behavior by Nimble that had them scale down their salaries in 2018. But that didn’t put the show to an end, Kenyans continue to be terrorized by the same goons.

Regulators and consumer lobbies have raised the red flag about customer data protection by the credit-only lenders, the high interest rates or transaction fees that they charge borrowers, multiple borrowing from different lenders, non-disclosure of pricing terms and their lack of dispute resolution mechanisms.

The unregulated credit-only institutions are fast growing partly due to people’s desperation for cash, healthcare or school fees. Borrowers in most cases enter into the arrangements under duress.

With their exorbitant interest rates and conditions, microcredit from the online lenders has plunged many borrowers into a debt trap.

In July, CBK moved in to propose regulation of monthly interest rates charged by the digital mobile lenders and borrowers’ non-performing loans in the proposed law before Parliament.

The banking regulator will, among others, have to approve increases in digital lenders rates and other loan charges as well put a ceiling on non-performing loans at not more than twice the defaulted credit.

A key aim of the Central Bank of Kenya (Amendment) Bill, 2020, which seeks to empower the banking regulator to supervise digital lenders for the first time, is to curb the steep digital lending rates that have plunged many borrowers into a debt trap as well as predatory lending.

“The principal objective of this Bill is to amend the Central Bank of Kenya Act to regulate the conduct of providers of digital financial products and services,” says a notice on the Bill.

“The Central Bank of Kenya will have an obligation of ensuring that there is fair and non-discriminatory marketplace access to credit.”

The digital lenders will play under the same rules as commercial banks, including having to seek the CBK’s nod for new products and pricings if the Bill becomes law.