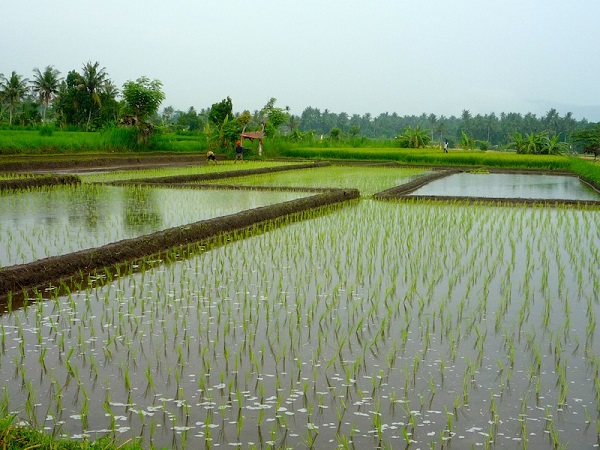 A multi-million-shilling racket, in which cheap rice imports are blended with the highly-valued Mwea pishori, has been going on in the country, taking millions of consumers for a ride all the way to the dining table.

While Kenya’s paddy-grown rice in the Mwea plains is prized for its aroma and quality, business buccaneers adulterate it and sell to unsuspecting consumers. The poor quality rice is usually sprayed with ‘perfume, a chemical property that brings out the aroma’, but the scent fades after washing, compared to the original rice that maintains its pleasant smell after cooking.

On Saturday, a multi-agency team comprising the Directorate of Criminal Investigations, Kenya Revenue Authority and Kenya Bureau of Standards destroyed contraband rice worth millions of shillings that was destined for the kitchen table.

It all starts at the expansive Mwea Irrigation Scheme, which produces 76 per cent of paddy in Kenya. There, cartels buy the high grade pishori and mix it with low quality products from Asia and pass it to unsuspecting buyers.

Farmers at the scheme are now worried since the unbranded cheap imports have taken a toll on locally produced rice.

“Consumers come for Mwea rice for the aroma that can be smelt from the packet, but they are finding it hard to tell the real one from the blend,” said Ms Mary Mumbi, a trader at Ngurabani centre in Mwea constituency.

“To tell pure pishori rice, aroma buyers should look out for a nice-looking slender grain. The amount of broken grains should be minimal or zero. It should also be polished white rice,” said Vincent Koskei, a manager at Mwea Irrigation Agriculture Development.

The manager said the sector needs a clear mandate of each stakeholder to avoid repetitiveness along the value chain to foster food security.

While a kilo of Mwea pishori rice goes for between Sh130 and Sh140, the imports are selling at Sh80 for the same quantity.

Today, it’s hard to get pure packaged pishori rice from Mwea, which was, for years, the most successful irrigation scheme in the country.

As a result, farmers in the 22,000-acre irrigation scheme, between Rivers Nyamindi and Thiba, hardly get premium price for their produce, which amounted to 121,000 tonnes last year.

Mr Moris Mutugi, the chairman of Mwea Rice Farmers Association, has been a rice farmer since the 1970s and has seen the collapse of prices for Mwea pishori due to the cheap imports and for lack of certified seeds.

He also faults the “oppressive import guidelines” for denying local farmers fair play in the market.

“We’ve enough rice to satiate the market for a while before the country can open up for imports,” Mr Mutugi said. In the 1970s, he added, it would not be a struggle to differentiate the rice brand produced from the county.

“You could tell it’s Mwea rice from the whiff it sent to the air from a distance, but that is no longer the case. What was uniquely our brand and quality rice is now compromised,” he said.

Before it was run down, the National Irrigation Board (NIB) used to supply seeds, but currently, farmers are not obliged to buy seeds from government-licensed dealers. With the downturn in the economy, Kenyans are also turning to the compromised rice.

“The cheap imported rice is bad for our business because Kenyans want to save money in this harsh economic times. They are often choosing the imports over our locally grown rice,” Ms Wairimu Karanja, another trader says.

On a normal day, it’s not unusual to see buyers stop at Sagana, on the busy Nyeri-Nairobi highway, to buy what is branded as aromatic pishori. What most buyers are unaware of, however, is that they’re taking home a blend of two or more rice varieties under the guise of pure pishori.

Traders have been importing rice from Thailand, which normally grows the Jasmine variety, and from Pakistan, the world’s 10th producer of rice by quantity. Thailand is also known for exporting broken rice.

It’s this broken rice — at best cheap, and at worst substandard — that’s mixed with the brand from the irrigation scheme by only adding a small portion of the locally grown produce to maintain its whiff.

All the cartels need is rice that has the same texture, colour and size as the locally grown rice.

While blaming the cheap imports for their predicament, farmers also cite the high cost of production. Farmers spend between Sh28 and Sh30 to produce a kilogramme of paddy rice. Since most consumers cannot tell the difference between pure pishori and adulterated until it’s cooked, deceitful traders are now taking advantage of that culinary illiteracy.

To the farmers who own rice paddies in Mwea, the imports have triggered a rise in blending, which, if not controlled, will push them over the edge, counting insurmountable losses.

While market liberalisation has opened up the sector to be competitive across the value chain, Mr Mutugi opines that it has also given some players the leeway to exploit farmers.

Kenya National Bureau of Statistics 2019 says, the country imports a third of all consumed rice to bridge the gap. Now Mwea farmers want the government to intervene and regulate the imports.

“During the peak seasons, the government should ensure there are no rice imports for farmers to leverage on the sales of their rice,” Mr Mutugi said.

In the local market, there are more than 300 brands approved by the Rice Release Committee, where only a few are aromatic.

While rice scientists indicate that the aroma is just a demand-driven trait that does not add any nutritional value, they have continuously upgraded seeds for high yields that would fetch higher returns for farmers.

With the help of Mwea Irrigation Agriculture Development (Miad) centre, farmers grow two aromatic varieties, both Pishori: the NIBAM 10 and NIBAM 11.  While NIBAM 10 has higher yields, it has less distinct aroma.

But in the market, it’s the distinct aroma that gives rice from the county an edge over the other varieties, thus giving Mwea pishori a brand identity.

Scientists are now grappling with the quest for yields and maintenance of the pishori aroma.

“The more the aroma, the lower the yields, hence the preference by farmers to capitalise on the yields,” Mr Koskei says.

While researchers agree that blending of rice has affected the quality reaching the consumers and compromises the Mwea brand, they insist they provide quality seeds to farmers.

“The seeds are still the same and the aroma is still present. The market is what has distorted our production,” he said.

According to Mr Koskei, variety as a trait determines the production rate as some produce 8,000 metric tonnes (MT) per hectare and others as low as 3, 000MT/ha.

Besides the choice of rice planted, other factors that determine the aroma of the produce include crop production and post-harvest management.

Farmers hastening the drying of rice after harvest will commonly alter with the aroma of rice.

“Speeding the drying period will always have bad results. The moisture content should gradually be lowered from 21 and 25 per cent at harvesting stage to 14 per cent before the grains are stored,” he said.

Already, Kenya Bureau of Standards (Kebs) has issued guidelines to traders on the labelling of rice.

Blending is not illegal

While blending is not an illegal practice, Kebs requires that milled rice composed of two or more varieties be clearly and conspicuously labelled as such, a guideline that has been overlooked by the traders.

Without declaration of the blends, as required by Kebs, traders in Kirinyaga have been duping consumers into buying rice under the guise of pure while it’s a blend or a repackage of cheap imports.

“Consumers are the biggest casualties in the blending matrices being practised by traders,” Mr  Koskei said.

For blending, all one needs are grains of similar characteristics, colour and texture.

Kebs insist that a declaration of varieties blended as pure is prohibited and is an offence punishable by law.

It also prohibits blends from being declared as aromatic.

“It shall be an offence to introduce any artificial aroma to the varieties blend milled rice,” Kebs guidelines indicate.

But Mr Mutugi points an accusatory finger at Kebs, who are mandated to inspect the standards of rice being sold while ensuring their guidelines are adhered to.

“Kebs has failed farmers because all these trade malpractices are happening under their watch,” Mr Mutugi says.

The blending has influenced consumers’ trust on the Mwea brand because quality of each purchase is not guaranteed, which affects prices.

“The quality of rice purchased from us is no longer guaranteed and the consequence is a decline in prices for farmers who are practising it to make ends meet as opposed to subsistence,” he said.

With the government seeking to double the production of rice in Mwea after the completion of the Sh20 billion Thiba Dam to 118,000MT per year, their biggest challenge is to stop the cartels within the rice belt.

In the past, farmers observed that the government had a stake across the rice value chain, which included provision of farm inputs, land preparations, storage and marketing.

“But nowadays, all these are left for the private sector to dictate. They can sometimes play to their advantage due to competition, which at times is overrated,” Mr Mutugi said.

With some farmers growing rice in wet lands, the quality of the produce reaching stores has been compromised.

More so, water shortages have been a constant headache for farmers in the scheme, alongside pests and diseases, migratory birds and high cost of inputs.

Experts say that for optimal production of rice in Mwea, farmers require an additional three million cubic metres of water on top of what Thiba dam will provide.

For a complete crop season, farmers require 16 irrigation circles, but with the current supply of water from River Thiba and Nyamindi, they are getting between six to 10, which is insufficient.

During the main season in December, they harvest 72, 000MT and a second crop in February also known as ratoon produces 60 per cent of the main harvest standing at 42,000MT in February and March.

At Miad, they say rice production has been increasing over the years because of enhanced good farming practices, expansion of the irrigation scheme and improved crop management.