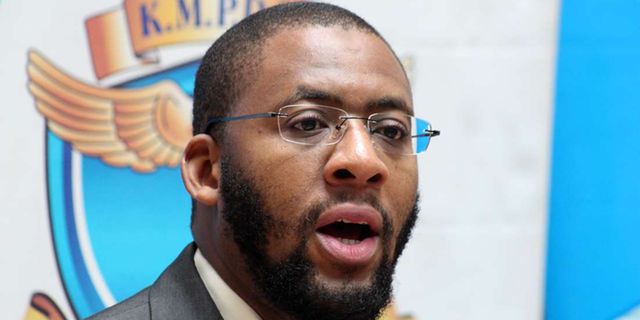 The Kenya Medical Practitioners Pharmacists and Dentists’ Union (KMPDU) has Saturday notified all the members of the public that doctors will withdraw their labour in accordance with Article 41 of the Kenyan Constitution.

KMPDU is a statement says the strike which will be effective on Monday 21st December 2020 is due to unresolved issues between them and the Government of Kenya.

“Doctors will withdraw their labour due to unresolved issues after 8 months of engagement between KMPDU and the Government and lapse of the 21 strike notice issued on 16th November and suspended for an additional 14 days,” read the statement in part.

This comes a day after the KMPDU Secretary-General Dr Chibanzi Mwachonda lashed out at Health Cabinet Secretary Mutahi Kagwe following his remarks on the health workers strike.

Dr Mwachonda on his Twitter handle said that the level of insensitivity and arrogance to have to deal with raising grievances on welfare and safety in Covid-19 is a crime.

“The ‘appreciation’ to health care workers in the country is illaudable,” he said.

On Friday, during a press briefing, the CS said: “I urge you to resume work to avoid losing your job. Please do not lose your job. As we go towards Christmas, the festive season, do not be another statistic that will be a job seeker next year. Please go back to where you are supposed to be.”

He also lauded the court’s decision to stop the health workers strike saying the decision is timely for the festive season and will allow for negotiations.

However, the Kenya Union of Clinical Officers (KUCO) on their Twitter handle insisted that Kagwe’s statement was erroneous.

“The temporary suspension was for a different strike by Ministry of Health staff which had lasted for one and a half months. The national strike continues,” KUCO said.

Health Workers, Elderly And Teachers To Be Given Priority In Covid-19 Vaccine