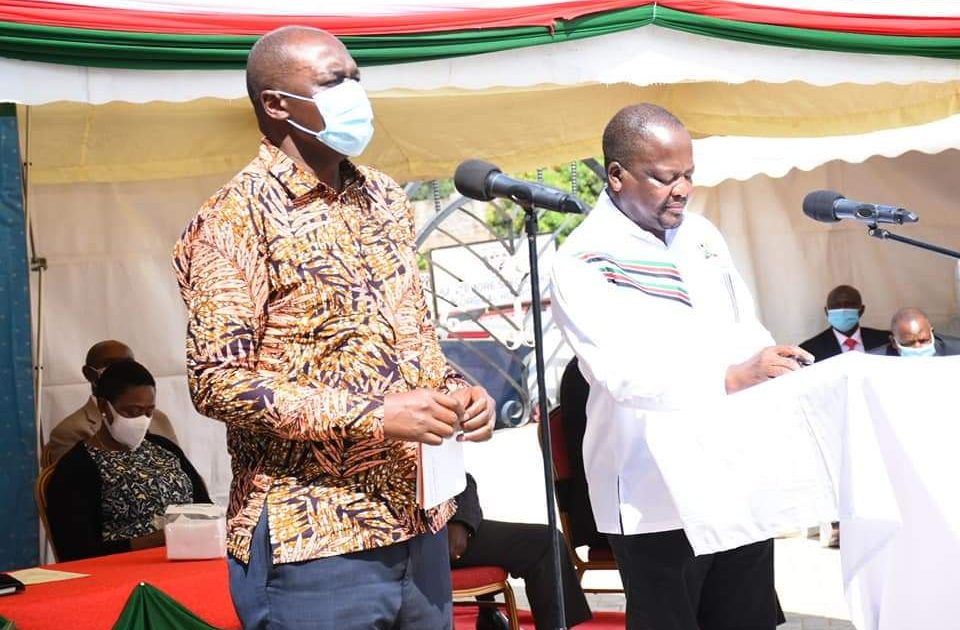 Twenty four million doses of the Oxford University –AstraZeneca vaccine have been procured and expected in the country any time before the end of the year.

Director of Health Services Dr. Patrick Amoth the government is working out modalities to start administering covid-19 vaccine in the first quarter of 2021 and priority would be given to those who were at high risk of contracting coronavirus.He said the vaccine would benefit about 20 percent of the Kenyan population and that health workers, the elderly, teachers and security officers would be given priority in the administration of the vaccine sourced from the United Kingdom.

The DHS who spoke in Murang’a on Friday added that the government would invest another Sh10 billion to get another 12 million doses of the vaccine which would cover about 10 percent of the Kenyan population.
“In total, we are targeting to administer the vaccine to 30 percent of the country’s population during the first quarter of next year,” he added.

Dr. Amoth said the Oxford-AstraZeneca vaccine is already registered and in use saying the phase in administration of the vaccine would depend on production rate.

“There may arise challenges in accessing the vaccine since many countries have ordered for the vaccine and this may delay us a bit. What Kenyans needs to be sure of is that from next year, we will start administering the vaccine,” he added.

“Some of the parameters we considered before procuring the vaccine include safety, efficacy and cost among other factors. The Oxford-AstraZeneca vaccine has met most of the factors,” he noted.

Related Content:  The Star Forced By The State To Retract Story About Government Spending Sh1B A Day On Covid-19

He further noted that other types of vaccines were already in process to be globally admitted and as others meet the required standards, this would ease accessibility of covid-19 vaccines in the country.

The Director spoke when he accompanied Health Cabinet Secretary Mutahi Kagwe to commission a new specialized surgical hospital at Kenol town in Murang’a.

Dr. Amoth stated that the vaccine would be administered free of charge those above 50 years would be among those to be given priority considering the elderly tended to get severe forms of the disease.

“Those with co-existing medical conditions who stand at about 8 percent of the population will also be given priority in the administration of the vaccine,” he further stated.

The Director told Kenyans that with the expectation of administration of covid-19 vaccine, they should not relax in adhering to protocols given to stem spread of the virus.

“I want to reiterate that the vaccine is not going to be a silver-bullet because there is nowhere we can immunize all the 48 million Kenyans in one time. So it is imperative that we continue to obey measures being put in places to avoid spreading the disease,” he added.

The DHS said the vaccine was in a good progress and it has been developed in the shortest period in history.

“Historically, it used to take more than four years to develop a vaccine but this one of covid-19 has taken less than a year,” noted Dr. Amoth.