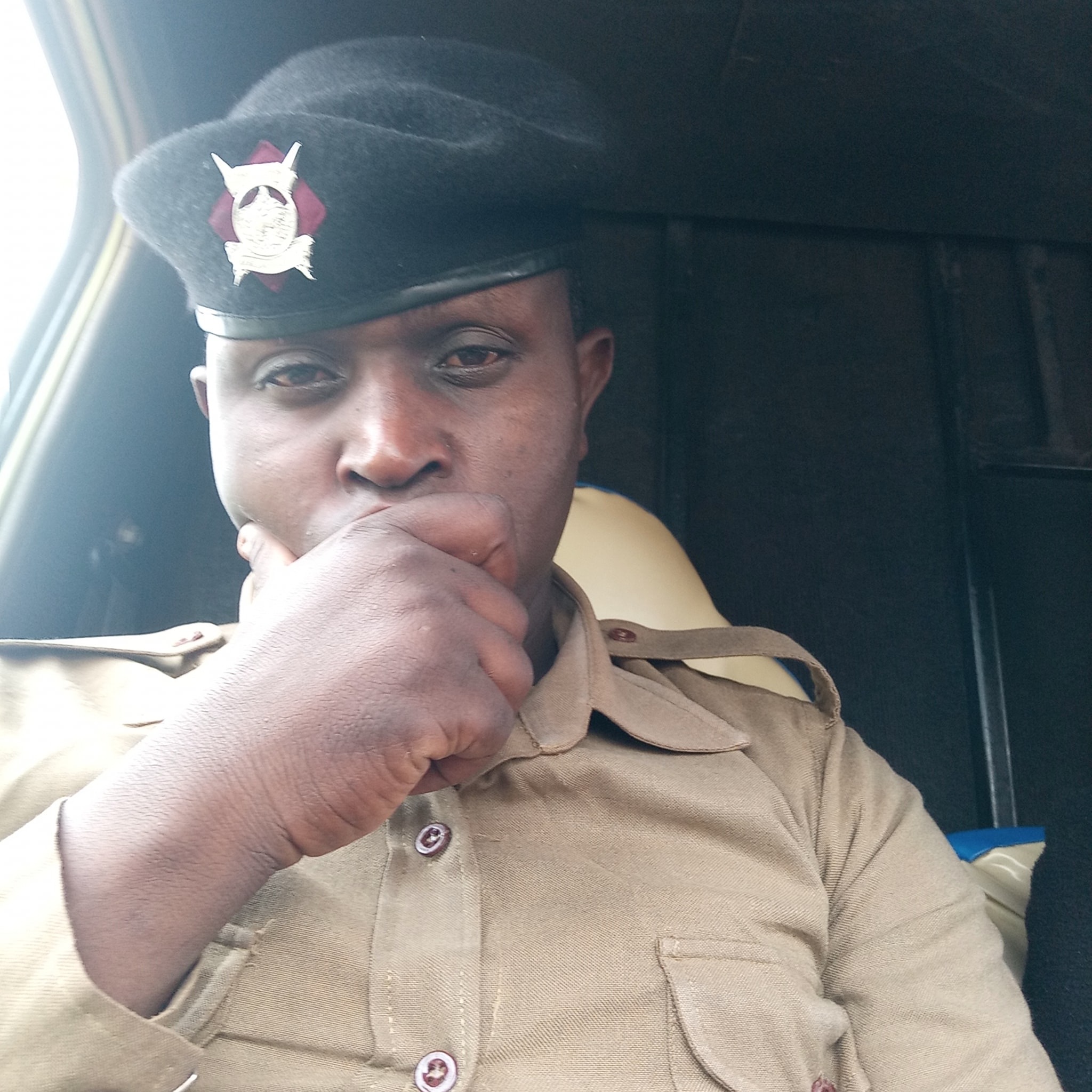 We’ve heard of many cases of police officers going through depression given their working conditions. We often wake up to news of a cop opening fire at colleagues or more often, killing their spouses before turning the fire on them.

However, we’re not used to these officers publicly talking about what they’re going through. More often they bottle their feelings only to erupt in a cold blood revelation.

Apollo Kioria a police officer posted in Murang’a has for the past days taken to his Facebook page to speak out about his conditions after getting injured in the line of duty. In what seems as his last resort, the distressed officer has opened the lid to tell a story which many officers are silently going through.

On the 16th May, Apollo pricked the balloon with the post below:

I am an adminstration police officer F/n 229066 in distress

I was critically injured I the line of duty.In the healing process ,was allegedly transferred right from wheelchair

The attempts to follow up my compensation on the injuries was severely frustrated and stopped midway.

I have survived 9months without salary yet I’m still in the service.

I am a dad of two kids and one is breastfeeding.

Now sincerely pleads for intervention and rescue from this torments. Thanks be blessed.

He went ahead with a follow up; A letter to the president to get his attention.

Related Content:  Here Are A Few Personal Confessions You Need To Know About Lawyer Cliff Ombeta

Your excellency,
I write to bring to your attention my present predicaments and also of the mental anguish that I’m going through at this moment

I joined the service in the year 2006 and seconded to the Rapid deployment unit in the year 2008
I was further redeployed to the Late Hon Michuki Residence with the contingent of others officers for security and patrol.

Having grown up in the area I was marked by some elements sympathetic to the sect. I was later transferred to the very area that led to simultaneous attacks between the year 2013-2016.while recapulating my salary was unlawfully stopped but later reinstated and arrears paid with subsequent attachment at Jogoo house Legal Office. only to be ordered back to Muranga.

Your excellency the compensation that was meant for the injuries was stopped midway and my salary was suspended again 9mnths ago causing immense pain and suffering.

I’m a registered person living with disabilities and the scooter that I use for mobility was impounded at central police station with no preferred charges to-date.kindly note that I have a young family that entirely depends on me.

Lastly your excellency, I have not paid rent to shelter my family. I have not paid school fees either for my little daughter. We are sleeping hungry. We have stopped thinking.

Apollo it now shows had been unable to take care of his medical bills. He has been pulled out of the payroll for 9 months. A disrespect to someone injured in the line of duty. His post read;

Related Content:  Decongestion Of Nairobi CBD Fails To Take Off

However, I am thankful to God almighty,and to you my dear brothers and sisters for the untold support,encouragment ,and prayers.

I was critically injured in the line of duty.So badly that I was discharged on wheelchair. I was later readmitted and surgical nails inserted as corrective measures .

Barely four months and in my healing process I was charged for allegedly being absent from work and willfully disobedience to lawful oders.a surcharge from the erstwhile supervisor forfeited 21000 from my payslip.I was transferred as the punishment.

Threats from mungiki thugs led to human intervention from two Godly senior officers.One a human resource director Mr P. Ndirima and the second Senior Officer and Police Commissioner Mrs Karanja( full of humanity and a heart for the service ) and who is also the head of Legal affairs APs . Through a memo to the deputy Inspector General ( AP’s) my salary that was unlawfully stopped was reinstated immediately with arrears.I was also attached at Jogoo House .Only to be ordered back to Muranga on unclear circumstances.

X-rays for now reveals broken screws and a migrated nails a condition that has beencausing some very painful moments.The medical specialist has recommended removal.

My salary was stopped 9months ago and therefore no longer covered by the insurance scheme that caters for surgery.
Attempts to have my problem addressed has fallen on deaf ears and the scooter that I use for mobility to avoid the painful strain was impounded at central police station three weeks ago for now.

I do hereby request for your support on medical funds drive that I may proceed with my treatment . I’m required to pay 100,000ksh as a deposit and some further estimated budget of 200,000 in the first four days.

Related Content:  Eliud Kipchoge Flies On A Private Jet To Vienna For The INEOS159 Challenge

After airing his tribulations, it seems the cop could have received threats on his life as this latest post reads or in worst case contemplating harming himself.

“Just incase I die fighting for my rights family kindly burry me not in Muranga ..i don’t belong there and to my dear friends my posts Will remain active . At Langata cemetery don’t bring flowers instead go back to feed my hungry street families.”

Its sad how the administration had mistreated Apollo to the extent of throwing him under the bus. He was injured while on duty, the government ordinarily must take the treatment responsibility and more importantly, our men and women in uniform deserves better treatment. These people do much to the country.

There need to be a culture switch in the forces more so we need investment in mental healthcare, so many officers are going through PTSD unattended. This a reason we keep getting Of bizarre shootings. Apollo deserves to be treated better and justice served. Restore his salary, treat the gentleman and more importantly, treat our men in uniform with respect and dignity deserved.