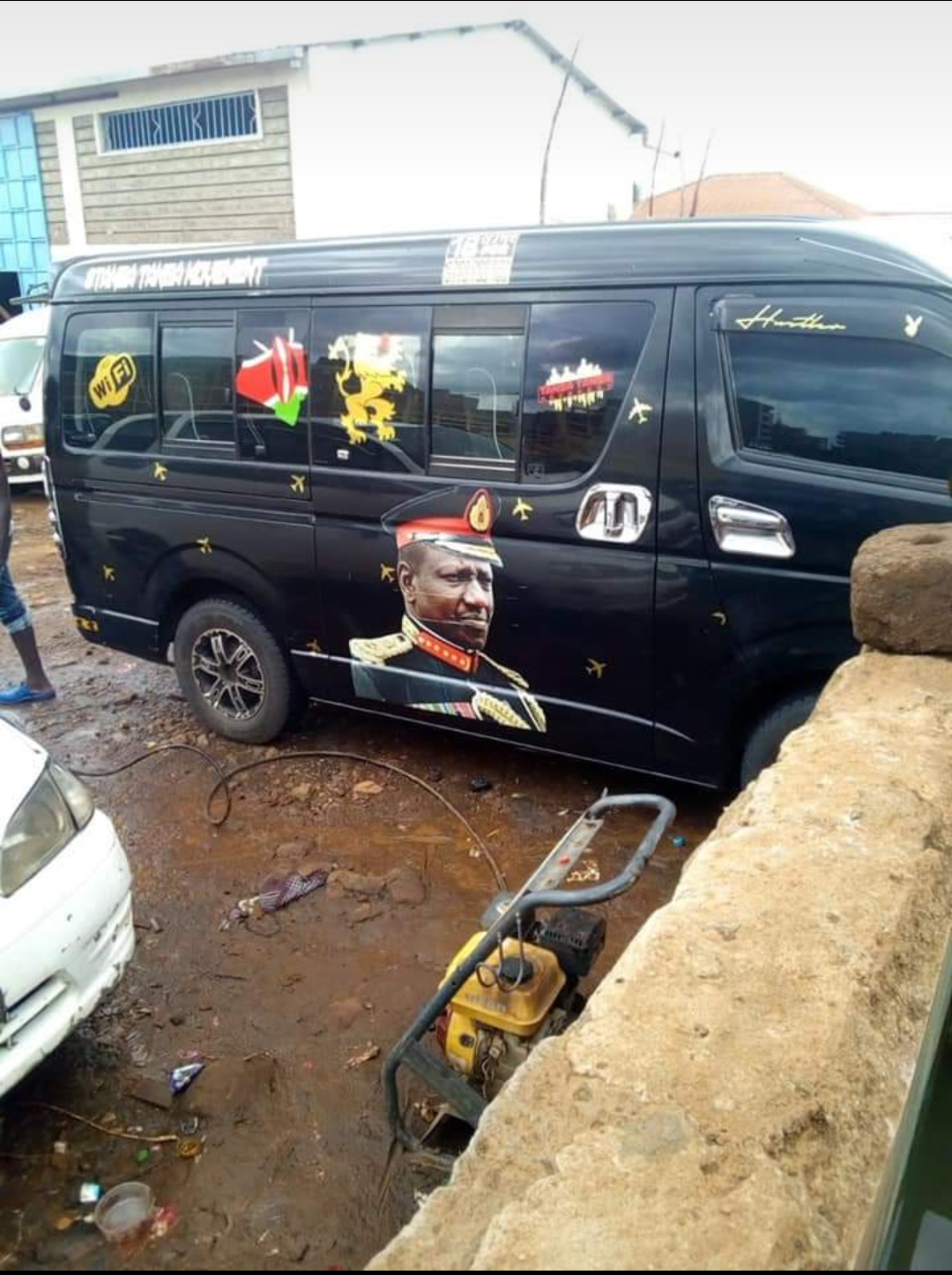 The vehicle depicting Deputy President William Ruto as the Commander-in-Chief of Armed Forces was impounded by Juja Police on 27/5/2019.

Taki was arrested yester night at around 8pm alongside his driver, George Ngugi Kiarie.

Juja area OCPD told the investigators of this site that they received a tip off from a ‘concerned’ citizen, that the two were driving a black Toyota Hiace with pics of DP Ruto in full Military fatigue.

The Toyota Hiace under registration no. KCQ 918U,
had pics of William Ruto in Military fatigue with badge, national flag and the Commander in Chief with Portrait of the Court of Arms. 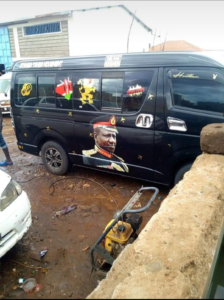 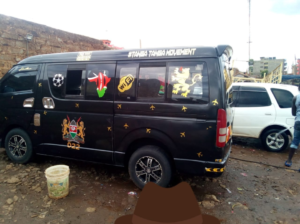 The vehicle portraying Court of Arms at a Juja car wash

The vehicle has been detained at Juja Police Station yard pending investigations.

Juja OCPD said the two will be arraigned in Thika Chief’s Magistrate court.

They will be charged of contravening section 3(a) CAP 99.
Laws of Kenya of the
National Flag, Emblems and Names Act.

Kenya Insights allows guest blogging, if you want to be published on Kenya’s most authoritative and accurate blog, have an expose, news, story angles, human interest stories, drop us an email on tips.kenyainsights@gmail.com or via Telegram
Related Content:  UK Court Rejects US Request To Extradite Wikileaks Founder Julian Assange
Related Topics:Juja OCPDMCAMwiteithieThika CM court
Up Next

House of Thugs: Most Sitting MPs Are Battling Criminal Cases In Kenya