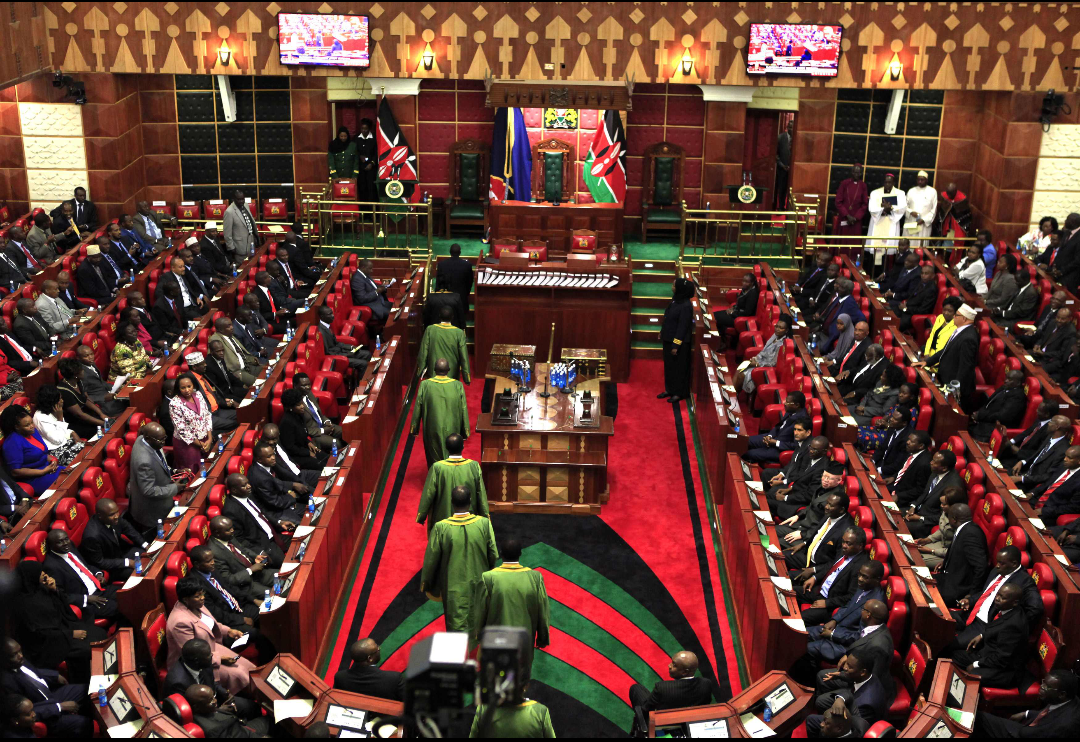 Have you seen, interacted or even heard of your Member of Parliament?

Probably no, because they are busy in corridors of courts seeking their freedom and ‘justice’.

Our August house is full of crooks and masterminds of fleecing the coffers.

Chapter Six of the our new constitution that basically entails Leadership and Integrity Act, looks like a printed joke.

Almost every elected member of parliament or even the senate has a case or piles of cases to answer, defend and mostly, clear their names.

Kenya’s economy has been crippled by massive fraud, multi-billion graft and high-end forgeries all courtesy our elected and appointed officials.

Francis Ole Kaparo, the chair of the now dysfunctional NCIC has also not been playing his role.

This has created a niche that encourages hate speech and incitement to violence from the mouthy government officials.

The corruption that is in this country is unbelievable.

In a working democracy, The Leadership and Integrity Act laws are supposed to be governing the government officials.

Also, Public Officer Ethics Act is supposed to be working according to our new constitution.

Ethics and Anti-Corruption Commission was crippled when the President appointed a retired Archbishop, Eliud Wabukala, to leader and govern corrupt government officials.

Actually, our constitution has well thought out Laws that can actually work to make our country better and great.

These acts are supposed to be governing our members of the national house of laws.
a) Parliamentary Privileges and,
b) Parliamentary Powers 2017,
c) National Assembly standing
Orders and,
d) Speaker’s Rules.

Over 50 Legislators in the August house and another 30 from the Senate have active cases of Criminal Offences.

But the most affected ones are members of the parliamentary committees.

These legislators have active cases and allegations of extortion, bribery, corruption, breach of parliamentary acts and national assembly orders.

Parliamentary committee members are the master chiefs of all major fraud and scandal not forgetting the massive bribes they collect to clear corrupt dealings within the houses.

Samuel Kimeu, the Executive Director of Transparency International says very little has been done to realise the full functions of the Constitution.

“Until we get a way in which State officers can lose benefits and stature when charged in court, we may not make much constitutional progress,” Mr Kimeu told a local press.

National Council of Churches in Kenya Secretary General Peter Karanja also said that a rogue legislature, couple of selfish politicians and their cronies enacted laws that washed out the much needed Chapter 6 of the Constitution.

An allegation that the National parliament speaker Justine Muturi refused to comment about when he was contacted by the investigators of this site.

The National Assembly published last year that, there is an overlap between the Parliamentary (Powers and Privileges) Act 2017, the Leadership and Integrity Act and
the Public Officer Act.

With that out and aside, Nakuru Town East MP David Gikaria was charged today with assault, incitement, resisting arrest and causing disturbance at a Nakuru based Police Station.

The Police said that the MP slapped a deputy sub-county commander when he was being questioned about the land grabbing allegations.

David Gikaria was on 28th of January arraigned in court on eight counts of land fraud.

The notorious Bahati MP, Kimani Ngunjiri was on also arrested arrested for assaulting a lady traffic officer in Nakuru Town.

He was later released by the court after they agreed to settle the matter privately.

Bobasi MP Innocent Obiri is still fighting in the corridors of justice after he was charged with breach of peace by a Kisii High court.

Mr Obiri was arrested and charged alongside his bodyguard Charles Nyakweba, who was charged separately of assault and malicious damage to property.

Former president of Lamu County Issa Timamy was also charged with terrorism in 2014. A case that has been mentioned for over 4 years now.

He was charged and found guilty of assaulting two police officers during ODM party nominations in April 2017.

Lugari MP Ayub Savula has a case to answer on charges of fraudulently obtaining Sh122 million from the Government Advertising Agency (GAA).

The mouthy Sirisia MP John Waluke was arrested over corruption allegations that he denied at preliminary investigation but later a city court said he has a case.

Mwingi Central MP Gideon Mulyungi, who was a principal secretary, was in October last year charged with hate speech against the Presidency.

Kenya Insights allows guest blogging, if you want to be published on Kenya’s most authoritative and accurate blog, have an expose, news TIPS, story angles, human interest stories, drop us an email on [email protected] or via Telegram
Related Topics:CorruptionExecutiveFraudJudiciaryNational parliamentSenate
Up Next