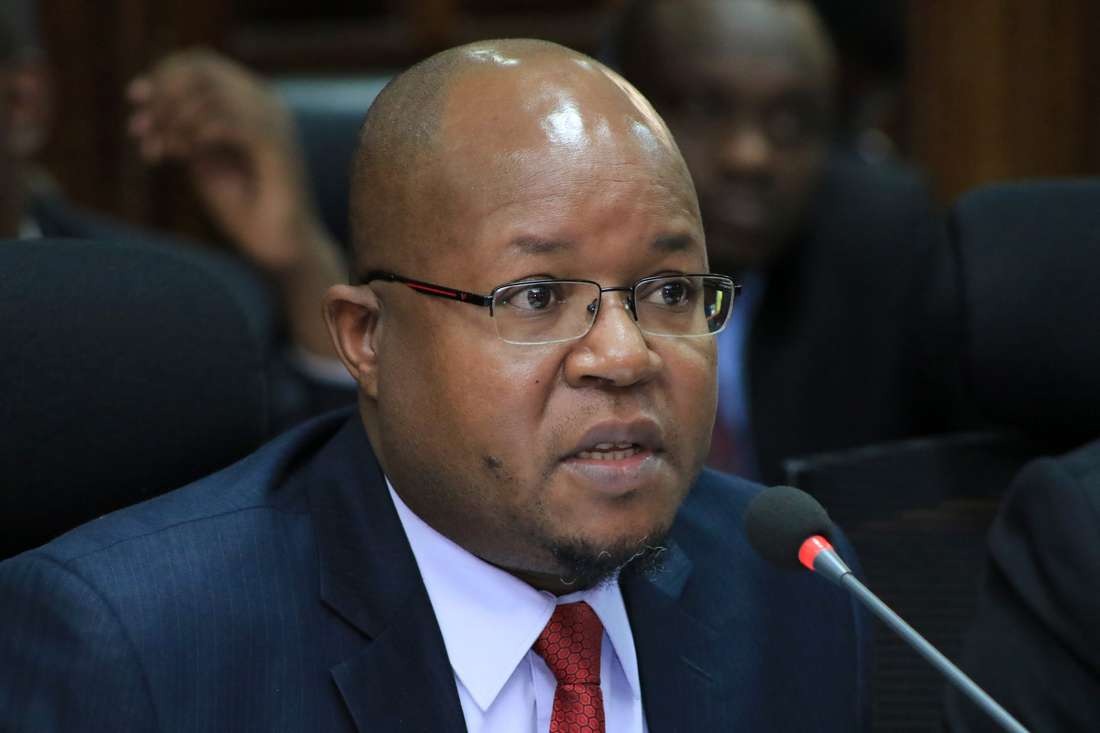 In what was bound to happen, Energy and Petroleum Regulatory Authority (Epra) Director-General Pavel Oimeke has been dismissed from office following bribery allegations instead his position has been taken over by Mr Daniel Kiptoo Bargoria, Ministry of Energy’s legal advisor who’ll now serve on acting position pending the board’s decision.

Mr Oimeke was arrested by EACC detectives on Thursday last week on allegations of collecting a Sh200,000 bribe from an employee of a fuel station in Oyugis in order to facilitate it’s re-opening. He would then spend a night in the basement cells before being released on bond pending investigations. He’s expected to be arraigned in court.

Oimeke survived many hurdles in the energy but forgot that he was a human but not a cat with nine lives, the man who got one of the most prestigious jobs in the land let greed get on his way to lose it all for meager Sh200K which is not even half his monthly salary not to mention the magnificent benefits he enjoyed by virtue of office.

The renewable energy expert made a comeback at Epra in October after close to two months in the cold and in court corridors battling a petition that had been filed to oppose his reappointment after his first term ended in July.

The petition was a second one, the first having collapsed after the petitioner withdrew it.

The second petitioner, Mr Emmanuel Wanjala, alleged in the petition that Epra had witnessed massive losses due to spillages, installation of faulty meters, increased court cases against the authority by former employees who were dismissed for pointing out wrongdoings or mismanagement of resources and abuse of office.

Through his lawyer Henry Kurauka, he accused Mr Oimeke of abuse of office, mismanagement of a public institution and public resources, corruption, tribalism and favouritism.

He wanted his reappointment blocked for not being a member of a relevant professional body as clearly stipulated under section 13(3)(e) of the Energy Act.

The Ethics and Anti-Corruption Commission (EACC) had been enjoined in the case with a view of compelling the agency to investigate the claims.

It didn’t last long. On October 9, Justice Wasilwa dismissed the case that had also sought to enjoin the EACC, for lack of evidence on the allegations, leading to Mr Oimeke’s return to Epra, where the corporation secretary/director of legal affairs Mueni Mutung’a had been appointed in acting capacity.

His short suspension almost split the Epra board, which had made the decision to push him out pending the conclusion of the court case.

In fact, a board member swore an affidavit to support his defence in court.

Mr Samuel Maugo told the judge that Oimeke had been rightfully appointed and confirmed by the Energy CS Charles Keter in May, long before the petition came up.

EACC, which was enjoined in the case to investigate him, also denied having received any complaints to warrant his probe, leaving Justice Wasilwa with no option but to dismiss the petition and order for Mr Oimeke’s reinstatement into office.

Several allegations have emerged before during his tenure but there has not been any prove. The petitioner had alleged in court that Mr Oimeke had opened an illegal holding yard for confiscated cooking gas cylinders and trucks to extort suspects into bribing before their assets were released.

Just before his first term ended in July, the regulator was on the spot after it emerged that there had been an error in the fuel pump price calculation leading to a huge jump in prices in August.

The energy regulator had failed to correctly compute the prices in the June/July pricing, an error whose correction in the July/August fuel price caused a massive hike in pump prices.

Mr Oimeke, who at first admitted to some adjustments in the prices after oil marketing companies had “misunderstood’ the taxation law, an error that was passed through to the pump pricing, later denied the report.

When history books shall be written, Oimeke like his physical attributes will be short. A disgrace.