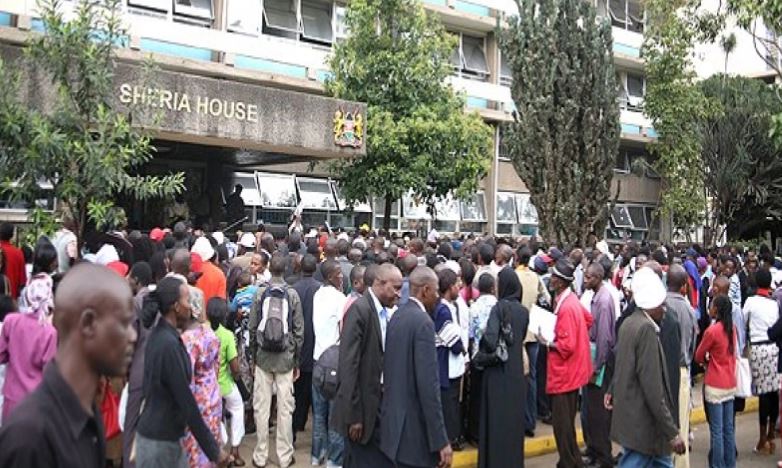 Sheria House is the edifice that houses the Attorney General’s Office, a building that one visits when an individual basic and fundamental human rights are violated or stumbled upon. It is a building that from the outside, its operations and activities are seamless and righteous. An office which should be like Caesar’s wife: beyond reproach.

However, the opposite is the truth, owing to one man- Elijah Kabiru, the head of accounting unit and the de facto accounting officer. The wily, crafty, incorrigibly corrupt accountant has allegedly pocketed the Solicitor General. The man is said to brag of his high connections to the director general, accounting services that is domiciled at the National Treasury headed by Okur Yattani, the Cabinet Secretary for Finance.

Many wonder whether that was the reason why the man was posted to the Office of the Attorney General after his vetting and why all the other accountants who were successful during the vetting process were transferred to other ministries and state departments while Kabiru was retained at the office of AG.

Why should a man with a voracious appetite for kickbacks be retained at the Sheria House fir eternity? Questions abound as to whether it is due to his deep pockets or his illicit monetary connections to the National Treasury honchos? Further questions as to what relationship exists between the Solicitor General and the much hated Kabiru.

Related Content:  Fleecing KPLC: US Authorities Alarmed Over Extraordinary Profits Made By Ormat From Struggling KPLC

It has been established that a horde of suppliers keeps waiting for him outside his office on the 4th floor of Sheria House ostensibly to negotiate for their payments to be made. It is not known of Solicitor General Ken Ogeto is aware of Kabiru’s operations.

Youthful suppliers who’re trying to eke an honest living by doing business with the office are open you crying. Questions are being asked as to why there is a high turnover of procurement and finance officers at Sheria House. Further, operations of the AG’s office are still mired in the miasma of incompetency. It is said, there is one constant denominator in all these.

Kenya Insights allows guest blogging, if you want to be published on Kenya’s most authoritative and accurate blog, have an expose, news TIPS, story angles, human interest stories, drop us an email on tips.kenyainsights@gmail.com or via Telegram
Related Topics:Elijah KabiruOkur YattaniSheria HouseSolicitor GeneralSolicitor General Ken Ogeto
Up Next