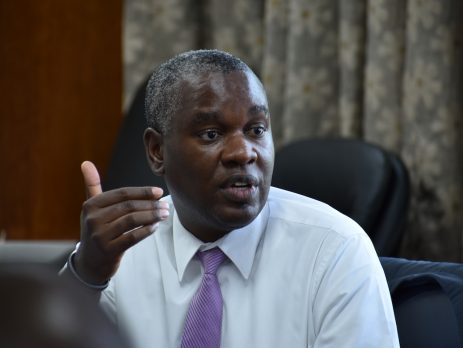 THE SUMMARY OF THE AUDIT QUERIES• Overseeing payments totalling USD 107,801.03 (Sh12.3 m) to travel agencies for provision of air tickets without proper records.• No copies of itineraries were attached to support payments for the tickets issued.• Claims of funds not being used to implement planned activities.• Staff issued with one or more imprests without retiring the previous ones.

The Kenya Civil Aviation Authority (KCAA) board faces a potentially embarrassing situation over the recruitment of a new Director-General after the name of the victorious candidate was dragged into allegations of abuse of office and financial misappropriation.A report by the Arusha-based East Africa Legislative Assembly (EALA) indicts Emile Nguza Arao, who has been named to replace the outgoing Gilbert Kibe, of poor management and possible embezzlement of public funds at his previous workstation.Cabinet Secretary for Transport James Macharia yesterday appointed Arao, currently the East African Community Civil Aviation Safety and Security Oversight Agency (CASSOA) executive director, despite a damning audit that would have been of interest to the KCAA board, chaired by Joseph Nkadayo.Arao, who prior to his elevation to the position of executive director, was the deputy executive director (Technical) at CASSOA, replaces Kibe, who is exiting next month after serving two terms.“Following a diligent and successful process by the Board of Directors at Kenya Civil Aviation Authority, I am pleased to announce the appointment of Emile Nguza Arao as the new Director-General of Kenya Civil Aviation Authority with effect from April 22, 2022,” Macharia said in a statement.Six people applied for the job when it was advertised by the Transport ministry. Those shortlisted for interviews included Arao, Lucas Njeru (pilot at Kenya Airways), Mugambi GK M’Nchebere (director, KCAA’s East African School of Aviation), Abel Gogo (Kenya Airports Authority manager in charge of Jomo Kenyatta International Airport), Joseph Kiptoo Chebungei, (KCAA Director, Corporate Services), and Joseph Okumu (KAA manager in charge of Wilson Airport).After the interviews, Arao, Chebungei and Mugambi’s names were forwarded by the Board of Directors to the minister for appointment as per the Civil Aviation Act.Arao holds a Master’s Degree in Business Administration in aviation, specialising in aviation systems management, and a Bachelor’s Degree in aircraft engineering, both from Embry Riddle Aeronautical University in the USA.Arao, who the CS described as “a highly talented and accomplished aviation professional” has been battling allegations of incompetence and misuse of finances at CASSOA after EALA, in an audit report, fingered him out over poor management of finances and recommended he be personally held accountable.The assembly, based on the audited accounts of the East African Community for the year ended June 30, 2018, accused Arao of presiding over questionable and excessive administrative and consultancy expenses, payments of staff education allowances, travel costs and issues of improper running of the body.Efforts to get a comment from the KCAA board chairman, Joseph Nkadayo, on the allegations proved futile since he neither responded to our calls nor text messages.In one case, EALA recommended that Arao be personally held accountable for the loss of $48,000 (Sh5.47 million) irregularly paid during the year under review as education allowance, contrary to Regulation 40 of the EAC CASSOA Staff Rules and Regulations.The lawmakers observed that a scrutiny of official records revealed that the birth certificates of the children to whom the payments were made were not in the payroll file as required by the regulations.It further established that the dates of births of the children were only indicated by the concerned staff in the Education Allowance Claim Form and accepted as such by the accounting department without any proof.“The committee recommends to the Assembly to urge the Council of Ministers to hold the Executive Director Nguza Arao Emile and the Senior Accountant Wanjiru Mwita personally liable for this anomaly,” the committee said. The committee further cited Arao for engaging in excessive administrative and consultancy expenses, thereby compromising the sustainability of CASSOA.This is after the audit reflected $1,149,207 (Sh131.1 million) under administrative and consultancy expense, $779,009 (Sh88.8 million) under travel and subsistence expenses, $525,543 (Sh59.9 million) and conference and meetings costs at $253,466 (Sh28.9 million).The amounts flew in the face of the audit committee’s recommendations during the previous financial year that the agency uses teleconferencing to reduce travel and subsistence allowances.