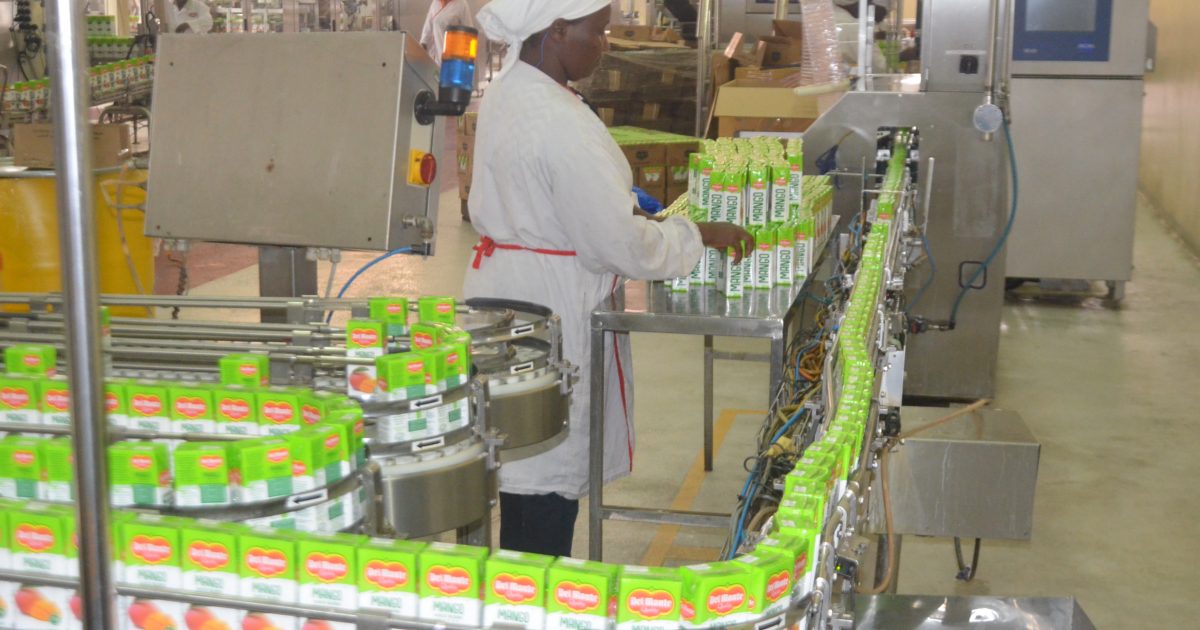 The furious workers accused the fruit processing company of flouting the Collective Bargaining Agreement that the company signed with them thereby backing labour malpractices.

Led by Edwin Andala, the workers faulted Del Monte for facilitating change of employment systems from direct to outsourcing, a move they said has resulted in job insecurity, biased employment processes and delayed promotions.

Further, the aggrieved workers who vowed to continue downing tools until the company addresses their grievances stated that the firm has been poorly-paying them to a point that most of them can no longer meet their basic obligations such payment of rent and purchase of food.

The workers in addition accused some senior company staff of violating workers rights.

The irate staff stated that Del Monte, as compared to other international companies, has been paying them dismally, turning them into beggars.

They regretted that while the company had sought to have its lease renewed to continue supporting their livelihoods, the company had turned down their promises and instead embarked on oppressing them.

Besides some senior management officials demanding bribes and other favours to offer and retain employment security, the workers further regretted that some of them have served the company for over 20 years yet they have never been promoted from casual to permanent employees, a situation that might qualify them to retire with zero benefits.

Related Content:  US Decries Graft In Kenya As American Firms Get Locked Out In Tenders

Officials of Kenya Plantation and Agricultural Workers Union (KPAWU) who later addressed the angry workers joined them in demanding a better working environment and an end to irregular dismissal of union representatives who have been agitating for the workers’ rights.

In a quick rejoinder, the company’s managing director Stergios Gkaliamoutsas claimed that the employees were on an illegal strike without notice further refuting claims that the fruit processor had sub-contracted a certain agriculture activity without communicating the same to them.

Gkaliamoutsas stated that the management has since held a meeting with the employees’ elected shop stewards from the KPAWU and clarified to them, that the contract in question, which is due to commence on 10th January 2022, will not affect any union member employees and no jobs will be lost due to this intended outsourcing.

“The 2022 labour requirements have increased compared to 2021 and as such we were forced to temporarily outsource for additional manpower through the contract, to cover the additional work. As per the current state of affairs, we forecast that all current permanent and additional contract workers will be fully occupied throughout the year,” Gkaliamoutsas said in a statement.

A year ago, the food processor was under scrutiny following claims of torture and other abuses on residents by its guards.

Kenya Paid Sh8.6B Extra On A Loan Due To ‘Typing Error’