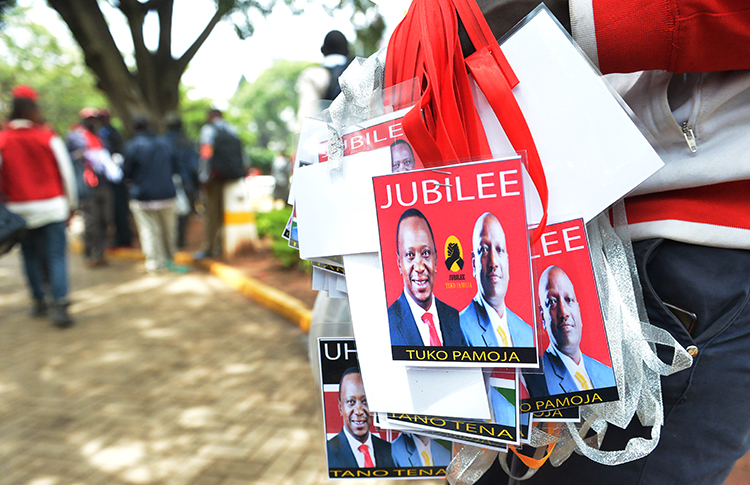 While at the University of Nairobi studying journalism, one of the journalistic fundamentals that I learned is if your reporting doesn’t rattle the ruling class then you’re doing everything wrong, that’s PR. A journalist worth his salt must be an absolute pain to the power merchants. True journalism is about telling stories that would rather remain untold and saying the most uncomfortable truths. Media has the privilege of being the public’s eye by counter checking the government. While in other countries the media tasks the authorities, in Kenya, the authorities tasks the media.

Kenyan media is so heavily compromised a cough from the elite is censored. Election coverage by the local media has been so pathetic and deep like a flat plate. The media became the Jubilee and IEBC mouthpieces, there was no independent reporting, no independent tallying a standard practice worldwide. The media sent journalists across the country only to mine data from the IEBC portal. It was a bluff and wasting of resources to send journalists out in the first place. Economic wisdom would inform them to sit easy, stream the IEBC results straight from the portal just like the rest of the public instead of sending journalists out only to report on hot air.

Our media has been operating on a see no evil say no evil. Many important stories go untold, the authorities work with a lot of impunity but most ease without worries of media expose. Days to the election, Jubilee campaign team treated journalists to a special cocktail dinner where those who attended were gifted with hampers. A clean compromise and bait that the deluded scribes swallowed without chewing not a blink.

Media didn’t report own results so this gave IEBC numbers the monopoly and dominated perceptions. Shamelessly, the local media being puppets of the government, desperately attempted to cover up the electoral violence by giving the skirmishes a blackout. It took social media and the international media to step up and tell the real horror stories of police terrorism that have snatched away lives and maimed many in Kisumu and Nairobi where NASA supporters were protesting against the IEBC declaration of Uhuru as the winner of the presidential election.

Kenyan media tool the oppressor’s side and left the public in the cold. They’ve failed in their basic mandates. Media sold their soul, aired illegal adverts for Jubilee and couldn’t hide their alignment given unbalanced coverage to the two main contenders. While the country was mourning, police shooting and reigning brutality from Nyalenda in Kisumu to Mathare in Nairobi, the media was following up a man pictured in the voting line eating githeri, the media was looking for the silliest news item to divert attention from the state terrorism and they gave most irrelevant stories of our times the main lead.

The poor man was hunted down and turned into an overnight celebrity, Githeri man as he’s become to be known, played a key role in exposing the media mediocrity and was used unknowingly to divert Kenyans attention from the police killings. I watched in shock as to how the hell on earth media would turn cameras on some githeri yet the country was bleeding.

One thing media doesn’t know is when you breed a beast, it will one day turn and devour the owner. Authoritarian regimes will always clamp down on media freedom and this has already been seen. Immediately Jubilee got into power in 2013, media fraternity were entertained to the now famous statehouse breakfast. It changed everything, the media lost its teeth and started massaging the State more often. Along the way, Jubilee passed what they call draconian rules that made it nearly criminal to be an investigative journalist. That was a testing, with the tyranny of numbers in both legislative houses; parliament and Senate, the media can do the best to lather their hair or risk a rough shaving.

Critical reporting that investigates or interrogates claims by officials, explains and offers context and perspective or connects the dots has been limited or muted.

As the days went on, there were reports that Kenya Police were using excessive force against protesters. But it’s unlikely that those who have relied on mainstream media for their news have a good sense of the extent of the violence and post-election killings by police and others.

In more recent days, the wrath of the establishment has been turned on civil society groups, the most prominent of which are the Kenya Human Rights Commission (KHRC) and AFRICOG. I read in horror a mainstream newspaper story that reported on the purported deregistration of KHRC by the Kenya NGO Coordination Board. It did not mention the fact that the organisation had made several critical statements on the electoral process. Was it paying the price for its activism around the elections or was the timing just a coincidence? Those are legitimate questions that journalists MUST ask.

Related Content:  How Burundians and Tanzanians Are Being Misled In Fight Against Covid19 Pandemic

In another story on 16 August it was reported that an IEBC Commissioner, Dr Roselyne Akombe, had been taken off a Nairobi flight to New York on orders of State security although she was later allowed to board another plane. Why was she taken off the plane? Why is this an issue? A leading Kenyan newspaper said that “sources” had told its reporters that some “State operatives feared that Dr Akombe, who reportedly holds both Kenyan and US passports was fleeing from Kenya”. Why would she be fleeing? Has this got anything to do with the election results? We don’t know. The newspaper didn’t ask those questions.

But the solution is not to avoid these claims and the ugly facts. Good journalism would report accurately on what is going on. It would interrogate the claims and report the ugly facts in a manner that helps the reader or listener or viewer understand what is happening. It would provide the kind of context that would help hold back those who would otherwise quickly want to take to the streets to make trouble.

To steer clear of controversial claims by legitimate actors in the name of peace is a disservice to the people in the long run. Not only does it easily undermine the integrity and credibility of journalism, it also undercuts the strengthening of institutions of State such as the electoral authority.

We won’t be there when they come for you as you were nowhere to be seen when they came for us. Kenyans now have to depend on international media to tell their uncensored stories and bloggers who are soon getting clamped down on to tell the stories that the media ignores.The media is not asking critical questions like why is the IEBC results from stream portal still running despite having made final results, they’re not asking why the IT technicians are unable to disable the system. Media is not giving us an analysis of the petition instead talking about irrelevant issues like how much lawyers would be paid. Kenyan media is acting like a socialite bimbo in Miguna’s words. They’re prioritizing side shows to the real matters at hand. Lack of objective journalism has created a void in Kenya’s space and international media jumping in. Kenyan stories likely to be told better by foreigners while our journalists sip tea at statehouse and receiving Mpesa texts.

Media legitimacy is fast fading and history will judge current journalism breed harshly. We’ve seen critical journalists to the authorities sacked before especially NMG is notorious for this. Media is held hostage by power elites who won’t take a drop of criticism. We can look forward to more sacking for those who dare raise the bar. Media owners and editors need to rise above this barrel bottom mediocrity and protect journalism from dying, protect reporters from intimidation and unlawful prosecution. But we’re looking at a serious foreplay that we all know it’s end.

The media didn’t even have own election violence casualties data, the government said only six deaths, KHRC 24 and the media stood there confused without facts running with the government’s number. Independent research by media would easily tell exact numbers, but Kenyan media’s least concern is fact checking and reporting. The media reports what the government says as gospel truth. I have a suggestion, Media should have a space allocated in Statehouse since they’re ghost employees. An unchecked system is a beast, the beast that the Kenyan media is now breeding. If this was a movie, Kenyan Media is playing an active role in the making of a dictatorial regime. The mainstream media has squandered its freedom while letting Kenya down but unknowingly self cannibalizing.