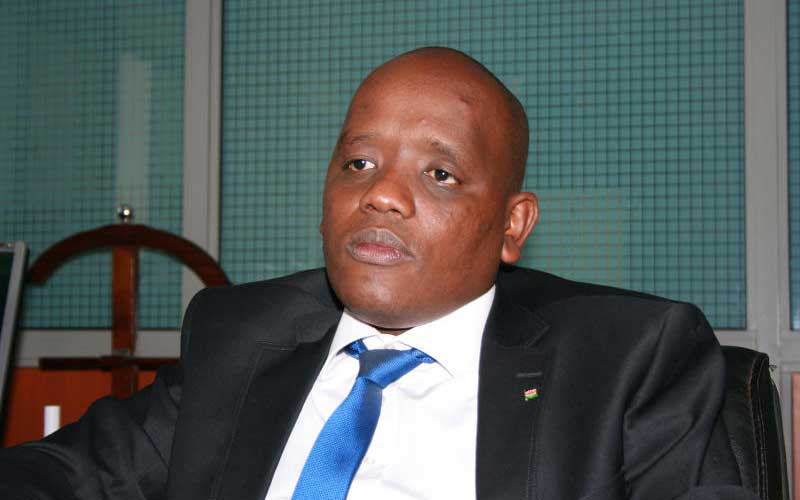 Dennis Itumbi, DP Ruto’s controversial blogger and self-declared State House Digital Director has been sued yet again but this time around by a woman he sired a kid with.

The mother of the child, through lawyer Enricah Dulo, argues that Mr Itumbi deserted her and the child from birth and has refused to provide any form of maintenance knowing fully well that she is an orphan and had to quit her job before delivering the minor.

She is also without any form of maternity pay, and despite making several attempts to hold a meeting with him, Mr. Itumbi only sent a friend instead of going in person or sending an advocate.

“She is seeking Sh50,000 monthly subsistence allowance for the minor to cater for food, clothing, medicine, and house help salary,” lawyer Dulo in court papers.

Other orders sought are that Mr. Itumbi, who works in the communication department of the Presidency, to provide a copy of his national Identity Card so that his name can be included in the minor’s certificate of birth on top of the said child maintenance demands.

Mr Itumbi should also be granted reasonable access to the child, but the mother be granted actual and legal custody of the minor. According to the lawyer, Itumbi and the woman dated for almost a year, between January and August last year before the relationship abruptly ended.

“He ended the relationship sometime in August 2018 when the lady informed him that she was pregnant with his child. She successfully delivered a female child on June 14, this year,” lawyer Dulo in court papers.

The woman told the court that she has unsuccessfully tried to engage Itumbi to provide maintenance for the minor, but he refused to attend mediation meetings. He is also accused of exhibiting cruelty by trying to convince her to abort the pregnancy when he discovered that she was pregnant.

Related Content:  There Is A Mysterious Illness That Kills In Under 24 Hours In Kilifi

“Itumbi has since blocked her and she is unable to engage with him on any meaningful communication in regard to the welfare of the minor,” lawyer Dulo in court papers.

Mr Itumbi is also in court over the authoring of a letter, which purportedly raised an alarm over the alleged planned assassination of Deputy President William Ruto. The case filed by the minor’s mother will be heard on September 26.

Kenya Insights allows guest blogging, if you want to be published on Kenya’s most authoritative and accurate blog, have an expose, news, story angles, human interest stories, drop us an email on tips.kenyainsights@gmail.com or via Telegram
Related Topics:Child SupportDeadbeatDennis Itumbi
Up Next