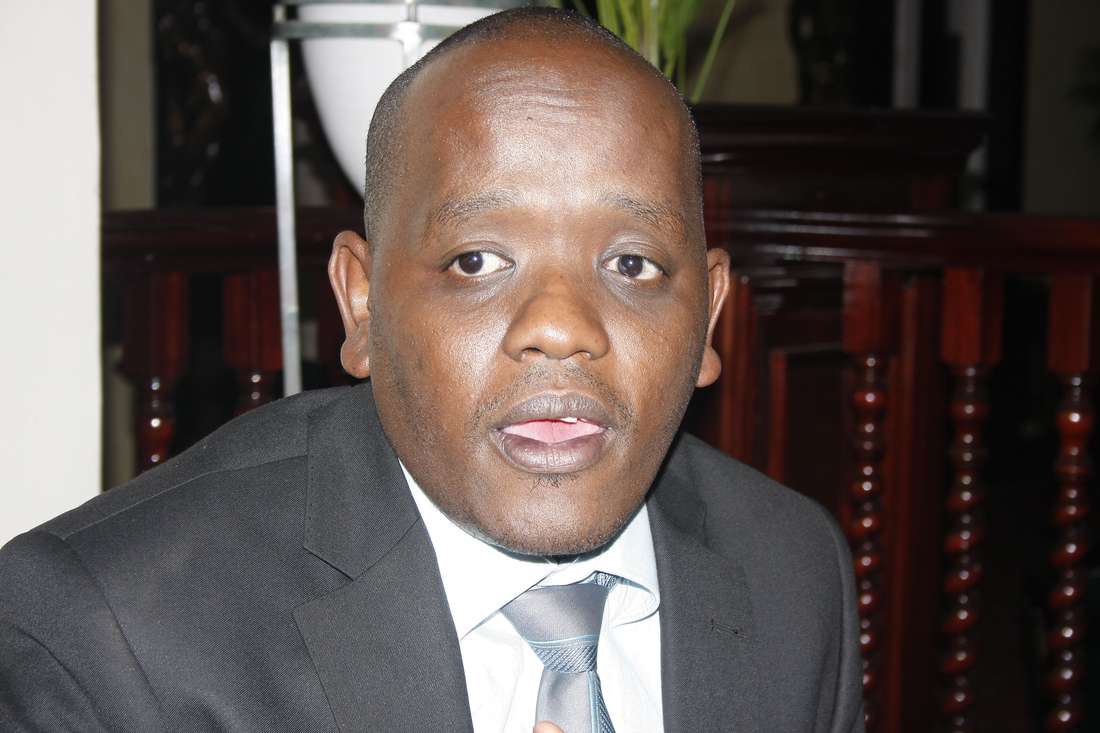 DCI had sought help from the FBI to help trace and determine the source of the assassination letter that has in the past week caused serious rift in the executive. According to media reports, the FBI conducted and concluded their report that the letter was published at a Cyber Cafe in Karen before giving the DCI the report that led to the arrest of Itumbi.

On Wednesday while having lunch at a Charlie’s Bistro a popular food joint in Wabera Street, CBD, 5 detectives in the team of 11 surrounded Itumbi who asked them to let him finish his lunch first but wasn’t given the privilege. He was whisked away in the now familiar Subaru Outback to DCI HQs in Kiambu for questioning.

DCI director told reporters that investigations had put Itumbi at the center of the fabrication of the letter that formed the basis of assassination claims leading to accused CSs being summoned for questioning.

Another blogger only named as Sam was also arrested on Tuesday by detectives following the trails of the letter. It has emerged that the letter was first posted on Twitter and other social media platforms before it went viral at the Said Cyber Cafe that detectives had also raided to collect more documents.

Itumbi has lately been operating from the Deputy President’s Harambee House Annex Building, from where he has stepped up publicity campaigns for Ruto.

Itumbi will be taken to court today where the DCI are expected to ask the court to allow them hold him for 14 more days while doing more investigations.

Related Content:  Tiaty MP's links to Laikipia skirmishes
Kenya Insights allows guest blogging, if you want to be published on Kenya’s most authoritative and accurate blog, have an expose, news TIPS, story angles, human interest stories, drop us an email on [email protected] or via Telegram
Related Topics:
Up Next