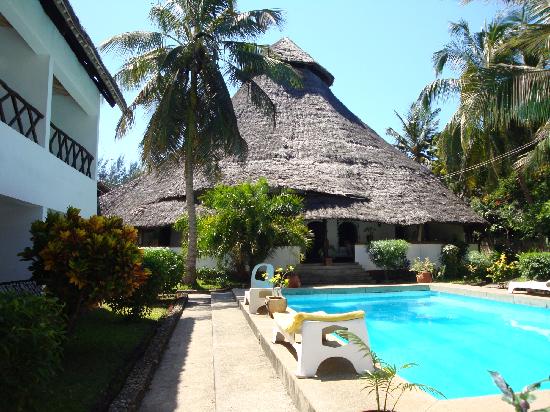 Coast Directorate of Criminal Investigations Boss Washington Njiru has seeked the help of Interpol to have two Germans involved in the fraudulent and fabricated transfer of shares that saw Wilfred Guenther, a German investor lose directorship and ownership of Sh2 billion Mombasa based Hotel.

DCI had on Wednesday said that two foreigners were being sought to record statements over the illegal transfer of Wilfred Guenther’s shares from Hanos (K) Ltd, the company that owns and operates Papillion Garden Bar Villa to his children.

“Our investigations have shown that fraud was committed. We are liaising with the Interpol to assist in arresting Mr Ronny Patric Herbert and Ms Jeanie Notalie Boehlig to get their side of the story,” Mr Njiru said.

According to Coast DCI boss, detectives have already recorded statements from several witnesses who would be arraigned.

“I have discussed with the Director of Public Prosecutions and he has advised us to tie some loose ends before we forward the files to him for further action,” Njiru added.

Also implicated in the fraud according to DCI sleuths recorded statements include Mombasa based senior advocate and an account who are facing charges of abetting fraud.

The investigations involved multi-agency teams encompassing the DCI, Kenya Revenue Authority and Registrar of Companies that would top off in arrest and charging of the suspects.

Mr Guenther has been embroiled in ownership dispute of the property with his two children now suspects Herbert and Boehlig maintain that he never transferred his shares nor sign anything to suggest he had left the multi-billion firm.

Related Content:  Owner of Windsor Motors abducted by Ethiopian tycoon
Kenya Insights allows guest blogging, if you want to be published on Kenya’s most authoritative and accurate blog, have an expose, news TIPS, story angles, human interest stories, drop us an email on [email protected] or via Telegram
Related Topics:DCIFraudGermanyInterpolMombasa
Up Next

Malindi MP Aisha Jumwa In Trouble Over Sh58M She Embezzled